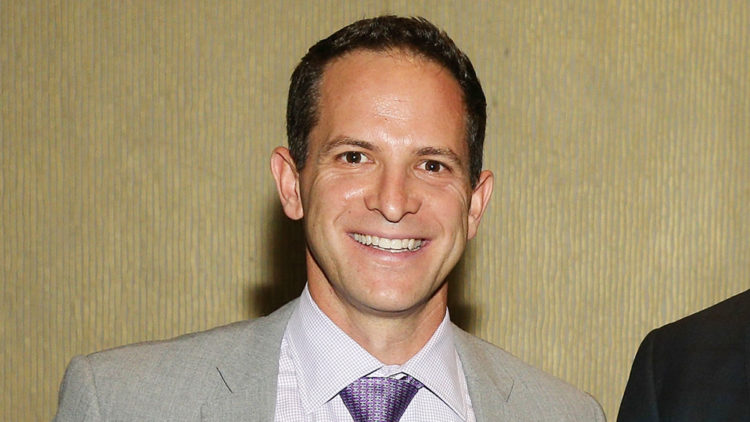 Zander Lurie is the CEO of leading survey and data processing company, SurveyMonkey. He started in this position recently (2016) and has been on the board of directors for the firm since 2009. This company focuses on cloud-based survey development, following the software-as-a-service business model that so many people have found success with in the 21st century.

SurveyMonkey is a freemium software, offering free customizable surveys with paid features including data analysis, sample selection, and bias elimination (among others). Before Lurie came to lead this firm, he had worked at GoPro Inc., CBS, and J.P. Morgan in various management positions.

Zander Lurie is one of the best CEOs of our time. SurveyMonkey has grown extremely profitable over his short term as CEO, and he will undoubtedly continue to build this business to greater and greater heights. He’s also a many-faceted man, and one who is worth learning more about. If you want to learn a few things about the SurveyMonkey chief, read on to learn about Ten Things You Didn’t Know About Zander Lurie.

He Has Three Degrees

This CEO is one of the most-educated executives in the tech scene. He possesses a JD and MBA from Emory University, as well as a BA in political science from the University of Washington. Being a qualified lawyer and a qualified executive probably helped him get to where he was today.

In 2001, Zander Lurie was one of the main founders of CoachArt. This program offers free, high-quality athletic and art activities to chronically-ill children. It also includes their siblings, as their needs are often rejected if they have a brother or sister who requires constant medical attention. This is a good reflection of Lurie’s philanthropic nature.

He Values His Employees Greatly

Zander Lurie understands that time is the main resource that his employees have to give. He also knows that they will give more of it to you if you have a culture that promotes employee health. Thus, he wants his employees to be financially healthy, with a good work-life balance – it will pay off for the company in the end every time.

He Believes In Curiosity

The SurveyMonkey CEO is a huge fan of curiosity. He promotes his employees asking questions, as well as attempts to establish a safe space where any question can be asked. He also will reward those who do ask, in an attempt to create an environment that supports curiosity. According to Lurie, curiosity is the best path to innovation. And innovation is the best path to a stronger hold on a global market.

He Advocates for Gender Equality

In an article that he wrote about the celebrity gender pay gap, he found that the data showed that even celebrities make less if they happen to be female. One example that he gives is of Serena Williams. Though she is often considered the best female athlete, and is the highest-paid female athlete, she doesn’t make enough money to make it onto the list of top-paid athletes overall. Zander Lurie ended up finding that even female celebrities only make 79 cents for every dollar that male celebrities do. He was highly critical of this gap, showing that he is definitely an advocate for pay equality.

Serena Williams is on His Board

Zander Lurie has always expressed a desire for “agents of change” in SurveyMonkey’s directorial and executive positions. Therefore, the appointment of tennis star Serena Williams to the board of directors was a wise choice. She is a strong, independent female athlete who represents change in the world of sports. They initially had met at a dinner party in 2016, and began talking business then. Her appointment to the board was her first foray into the tech business world – and so far, it has been a successful one.

SurveyMonkey was Named to Disruptor50

Under the direction of Zander Lurie, SurveyMonkey was named to CNBC’s Disruptor50 list. They decided to include this company due to their innovative data-gathering and processing methods. They also mentioned Lurie himself, saying that he turned the company around even after they laid off a lot of people. CNBC also mentioned their large annual revenue numbers and potential future IPO as factors in their decision.

The CEO attended a Golden State Warriors championship game with his wife, even when she was six months pregnant. The pair decided to go to the game so that their baby could hear a championship celebration. In a post-game interview, he expressed his love for the ownership and players on the team – showing his colors as an NBA fan.

Under the direction of Lurie, SurveyMonkey released their app data gathering and processing system SurveyMonkey Intelligence. It is already quite profitable, and has been compared to the Nielsen system for cable – but for apps. This is a wise choice, as many app developers require the information that this software can give them in order to maximize their own business returns.

He Sees Failure as a Learning Experience

When Zander Lurie still worked at J.P. Morgan as an investment banker, he once compiled a list of perfect investments based on market conditions. However, he failed to take into account the internal politics, culture, and capabilities of the investment firm. Therefore, he was unable to make the investments that he originally planned due to a somewhat-egregious oversight. However, the future SurveyMonkey CEO was not discouraged – every failure is, to him, a learning experience.