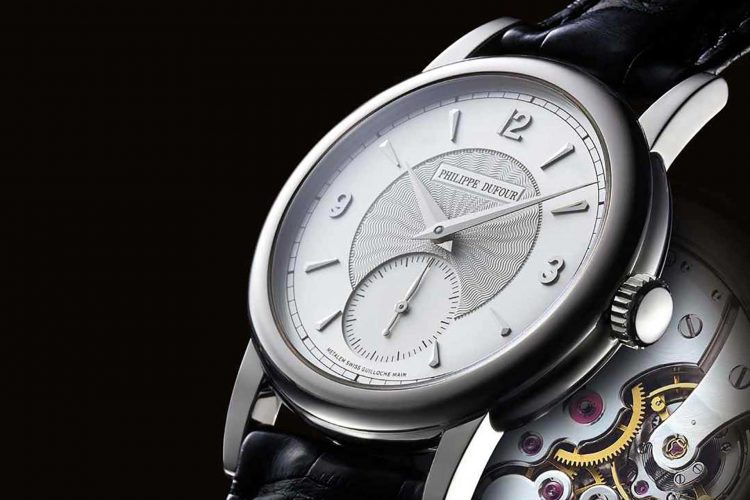 In the watchmaking industry there are professional and expert artisans who craft the finest examples of luxury watches that make collectors and watch enthusiasts get in line for a chance to bid on their masterpieces. Although it is difficult to say who is the best out of this elite group, Philippe Dufour stands out as one of the most innovative and well known watch makers of our time. His creation of the Simplicity has held up against the test of time as one of the most desired timepieces among collectors.

He spent more than twenty years dedicating his skills to top watchmakers including Audemars Piguet and Jaeger LeCoultre before striking out on his own. In 1989, Mr. Dufour began his own watchmaking company which as become well known to collectors. The Simplicity is among the most distinguished watches and has reached the level of excellence and beyond to the real of the extraordinary.

This watch bears horological significance with its sound conception and proper execution which move it high on the wish list of enthusiasts. It delivered on all of its promises and has earned Philippe Dufour membership into the honored position as inducted member of the Horological Academy of Independent Creators. Along with his daughter, himself and one assistant, he created the Simplicity to perfection from concept to manufacture. Here are more details of this uncompromising and sought after watch.

There is a finite number of Simplicities available and not everyone who desires to own one will be able to acquire this iconic watch. The best method for acquisition is to register at auction and bid when one becomes available. It is a rare occurrence making it even more desired among collectors. The Simplicity was produced from 2000 through 2014 at an average rate of fifteen watches per year. Just two hundred were made and currently in existence.

Most recent valuation of the Philippe Dufour Simplicity

Three examples of the Simplicity came to auction recently. A thorough description of each and their selling price will give you an idea of their current valuation in the market, with a caveat. The value often increases when dyed in the wool enthusiasts engage in bidding wars to obtain this prized possession. Here are the specifics for each of the three rare appearances of the Simplicity. 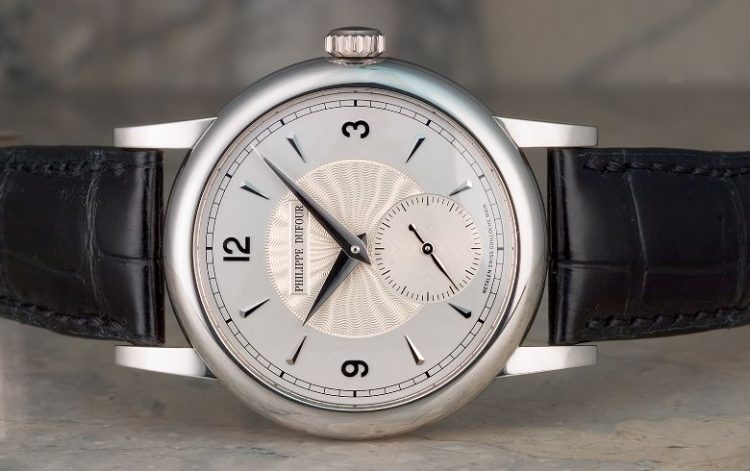 For the first time in history, one out of three pending Simplicities was sold at international auction in Hong Kong. The selling price for the first was $256,396 bearing reference number 61 and produced in 2003. This edition is an 18 Karat white gold which went far above the estimated selling price by 580,000HKD. The other two simplicity models followed on the auction floor under lot numbers 1090 and 1091 respectively.

Featuring the famed caliber 11 30mm movement which features a Breguet hairspring with a large free sprung balance along with adjusting weights at the two arms. The dial sports a Guilloche patterns of solid silver with Dauphin hands crafted in white gold with applied markers and numerals. The case is made of platinum with white gold buckle and crown. It is a hand winding mechanical time piece. Small seconds hand is located at six.

The white gold case encloses a pure and solid beauty with view of the mechanism , bridges and fine details which are signature of the master watchmaker. The movement is adorned with Geneva waves. The 61 is 37mm with 6 mm thickness. Other features include 18bph ticking along with twenty one jewels and fifty two hours power reserve. and 18 karat white gold with Guilloche dial. The 61 is a 37mm wrist watch with a 6mm in thickness.

This watch features a 37mm case in Rose Gold with a lacquer Dial. Lacquer allows for a slightly thinner case than the reference sixty one. The dial is a remarkable white for stunning contrast and beauty against the Rose Gold case. This edition is one of the very few that features the iitials PD engraved on the balance cock. Its specifications with these exceptions follow the lines of the white gold edition. The expected valuation of the number 11 is set at between $120,000 to $180,000.

This edition is also White gold featuring the Guilloche Dial. It is in fact a copy of the watch that Mr. Dufour prefers to wear to this day. This one is smaller in 34mm crafted with white gold. It is inspired by the original prototype which is numbered at 000. The estimated selling price for this creation is set between $120,000 and $180,000 which is the same as for reference number 11. 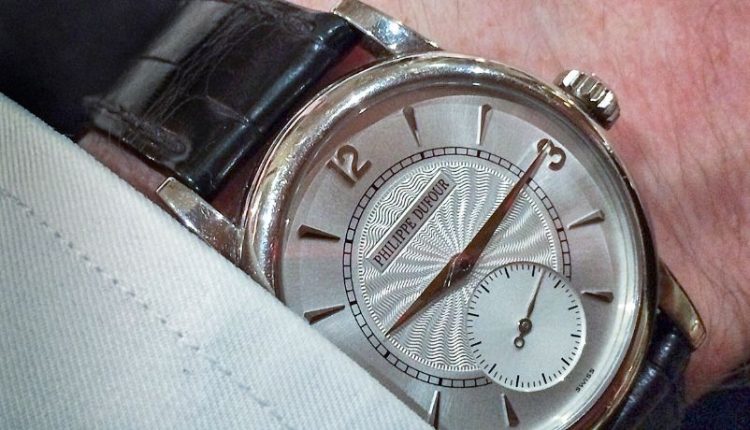 The Simplicity remains one of the most desired timepieces by collectors. Estimates on the selling price at auction are good for a point of reference but we’re seeing them exceed the expectations of these predictions by quite a margin. Mr. Dufour has achieved the mark of true success in the luxury watch making industry and his creations, though few in number, retain the status of perfection and elegance in a sea of fine watches produced by the most brilliant and innovative watchmakers in history to the present.

What is the true value of a collector’s piece of this caliber? That remains to be seen as the two remaining Simplicity models hit the block. The value is estimated for the sake of valuation but the true value can only be determined by the collector who sets the bar with the final competing and winning bid. One thing is for certain, the Simplicity is a rare find and any news of one coming to auction is an exciting proposition. The fact that three were made available within a day of each other is nothing short of phenomenal.

There is truly no way to know or predict when another may be offered. This one of a kind auction is a rarity and the fortunate enthusiasts who were privy to advance notice for bid registration are the only collectors who will have a shot at owning the remaining two Simplicity models. Are there more out there? Yes, there are a total of two hundred but their appearance for sale is uncommon.