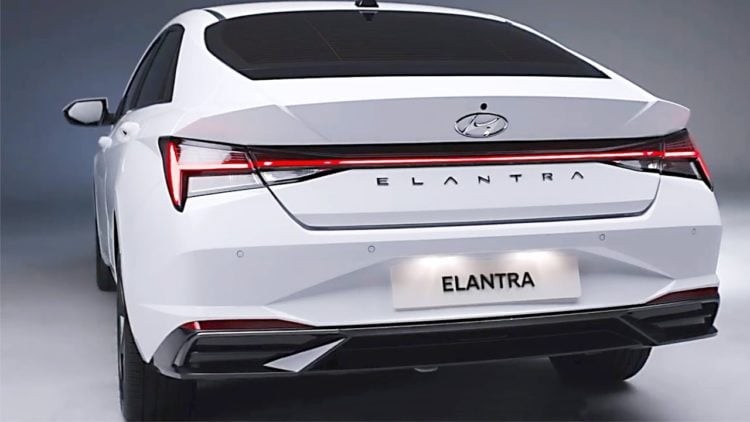 The very idea of buying a new car can be enough to send you cowering under the covers these days. Cars are expensive, the kind of expensive that makes you rethink everything you’ve ever done with your life. If that’s not enough to make you have second thoughts, there’s always the fact that no matter how hard you try, it’s almost impossible to figure out which cars are really going to give you the best bang for your buck, largely because the market is so saturated with vehicles that all claim to do largely the same thing. When you have so much information coming at you, it can be extremely difficult to sort through it all with any degree of success whatsoever. In short, the very thought of buying a new car makes most people decide that they can keep driving their old clunker for another year, maybe more. However, you might actually change your mind when you see that Hyundai has a newly redesigned Elantra for 2022. If looks alone can tell you anything, then you probably already know this is going to be a very special car, indeed. If you’re not convinced, then perhaps it’s time to take a closer look so you can decide for yourself.

It’s important to remember that Hyundai considers this car to be a compact model, despite the fact that it doesn’t really look like it at first glance. As a matter of fact, it looks like it’s a lot closer to a midsize car but it’s curb weight is relatively low, ranging anywhere from 2,800 pounds to just over 3,000 pounds, depending on which options you choose. It’s worth noting that there are a couple of different engine options to choose from as well. For example, you can choose from the smaller 1.6 liter 4-cylinder engine or decide to upgrade to the larger 2.0 liter engine. It’s still a 4-cylinder, but it gives you a little bit more power when you really need it. As a matter of fact, the horsepower on the car ranges anywhere from 147 to 201, depending on the engine that you choose. That’s a pretty big difference, making it easy to understand why most people decide to go with the larger engine package that offers enough horsepower to merge into traffic and accelerate comfortably. Either way, you still get excellent fuel mileage that runs in the neighborhood of 33 miles per gallon in the city and up to 43 miles per gallon on the open road. Even with the larger engine, you’re not really sacrificing anything as far as the fuel mileage is concerned. That gives you the chance to see what this car is really capable of doing. Granted, it’s not a race car but it certainly has steady acceleration, even when going uphill. For the most part, it has more than enough power to get you wherever you want to go. Unless you’re looking for something that is more akin to a muscle car, horsepower (or the lack thereof) shouldn’t be a problem.

As previously mentioned, the 2022 Hyundai Elantra is completely redesigned. This has been a popular model for the automotive manufacturer for several years, but you have to see this particular version in order to truly understand how many changes they’ve made to the 2022 cars that are rolling off the assembly line. When it comes to technology, there isn’t hardly anything else on the road that even approaches their level of advancement. They have the largest touchscreen that is currently available on any car, at 10.25 inches. If that doesn’t really impress you, consider this fact. Virtually everything on the car is wireless. You can even charge all of your electronic devices wirelessly, something that you probably won’t come to appreciate until you’re actually able to do it. It’s not until you’re able to charge a device without having to worry about all of those cords and wires that you start to gain a true appreciation for how valuable an option this really is. Of course, everything is also fully integrated so you can take your Apple or Android device and wirelessly connect it to the car’s speakers or navigation system. For that matter, you can also connect it to the entertainment system. In short, there’s not really anything you can’t do with this particular automobile. If it’s related to technology and it’s not on this car, then it probably hasn’t been invented yet.

The Practical Side of Things

Of course, it’s not all about the technology or even the powerplant. Granted, you can purchase the car with an optional turbocharger and all the technology you can think of, but it doesn’t really matter if it’s not practical for everyday use. Fortunately, this car offers all of the things that have already been mentioned along with a great big dose of practicality. For starters, it’s just as spacious on the inside as it looks on the outside. That’s important to almost every car owner, but it holds an entirely new level of importance whenever you start talking about compact cars. It can be exceedingly difficult to find something that offers a decent engine and outstanding fuel economy without sacrificing space in the extreme. Fortunately, that isn’t the case here. The car is large enough to comfortably sit four people, even for longer rides. In addition, the trunk offers more than enough cargo space to haul your groceries home, even when your trip to the grocery store falls on the same day as another shopping trip. One of the best selling points about this car is that it doesn’t cost a fortune. In fact, the base model starts at just under $20,000. Sure, it will cost you a few thousand more to get all of the aforementioned options, but it’s still likely to cost less than the starting price of most comparable automobiles. If you’re looking for something solid, comfortable and economical, it’s going to be hard to beat this one. 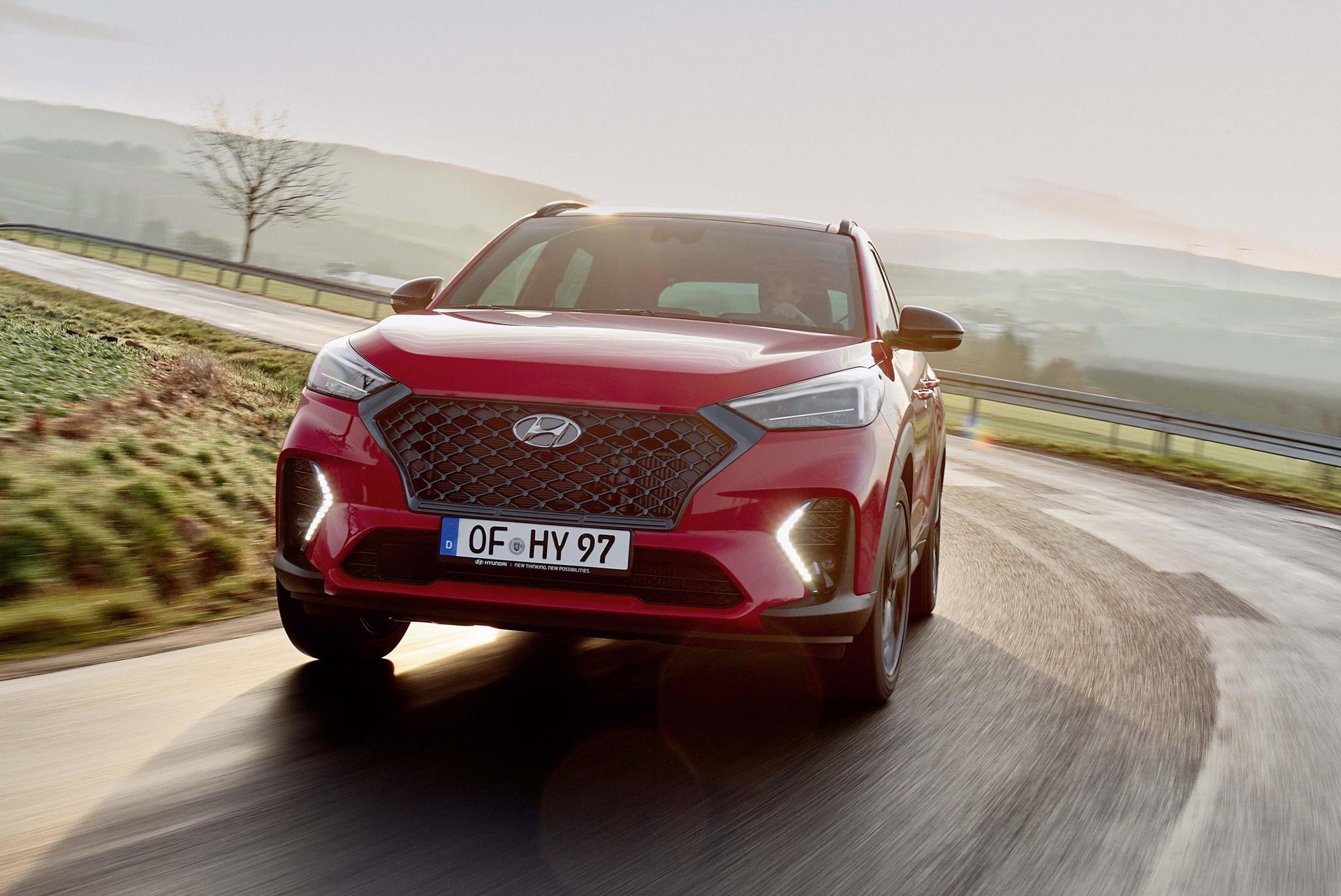 Ever since the Hyundai Tucson was launched in 2005, it has always been seen as the younger, more vibrant sibling to the Santa Fe. However, in recent years, the technological advancements Hyundai has implemented on… 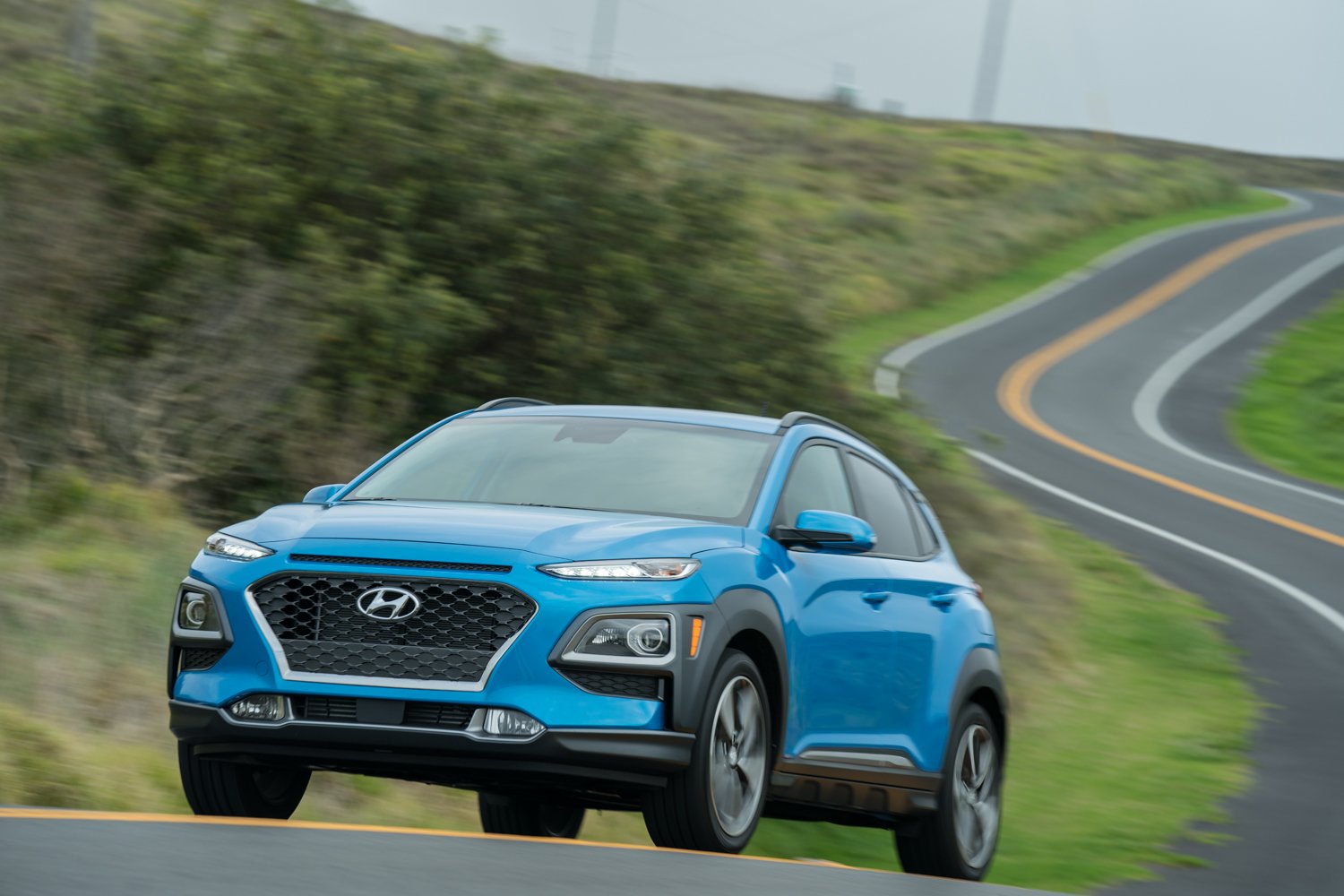 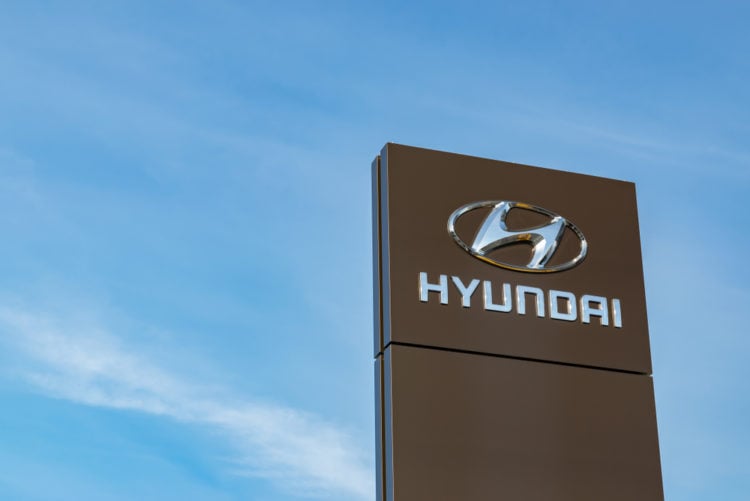 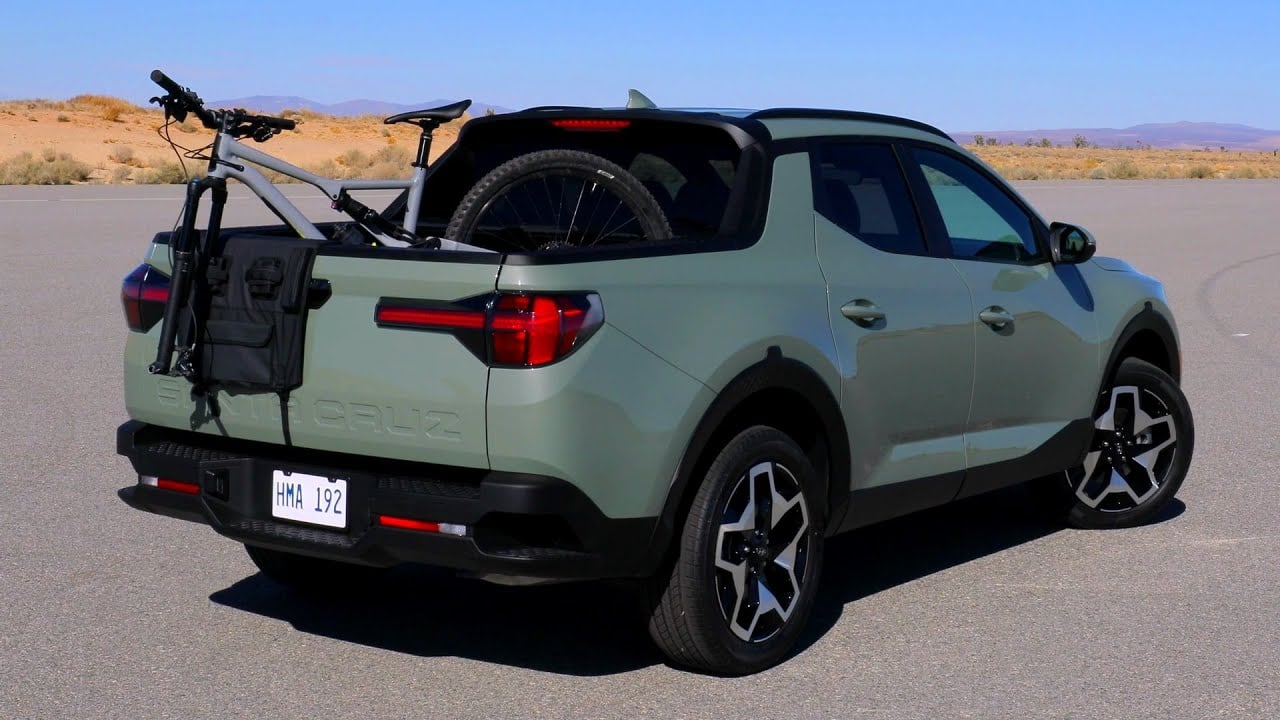 The 2022 Hyundai Santa Cruz is the first Sport-Adventure Vehicle (SAV), at least according to Hyundai’s official website. What sets this apart from a typical Sport Utility Vehicle (SUV) is by combining what makes SUVs… 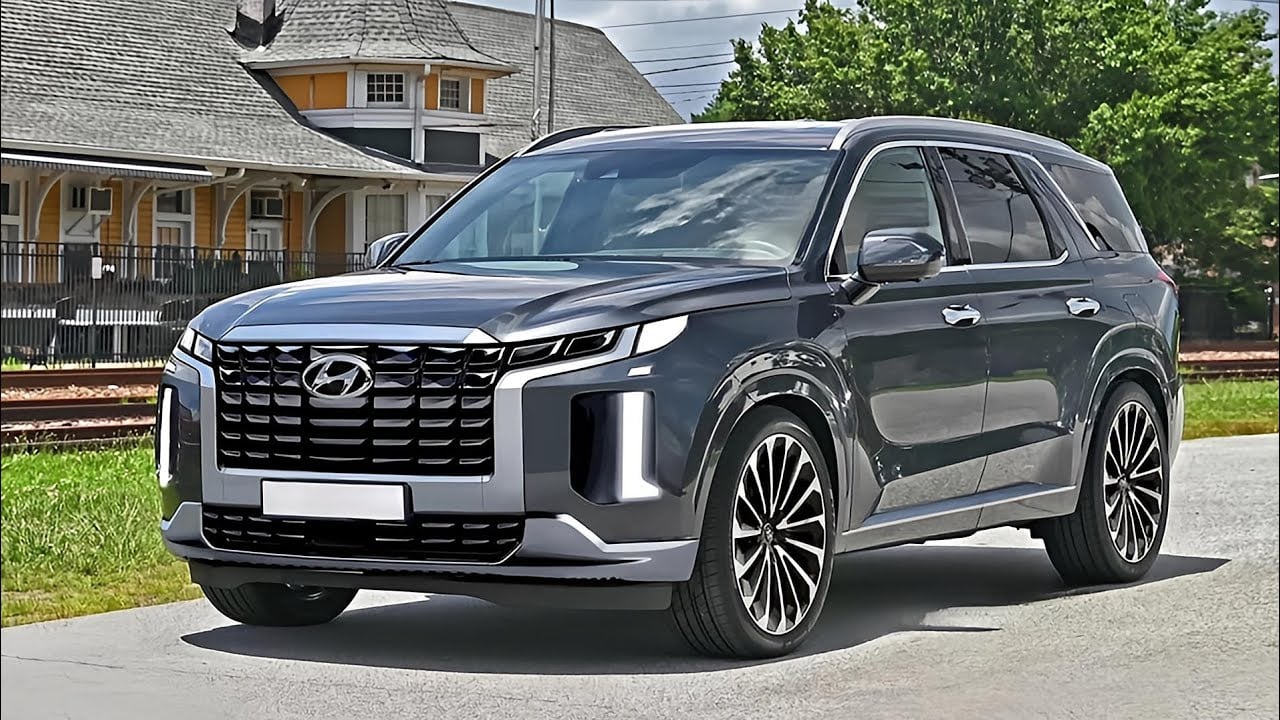 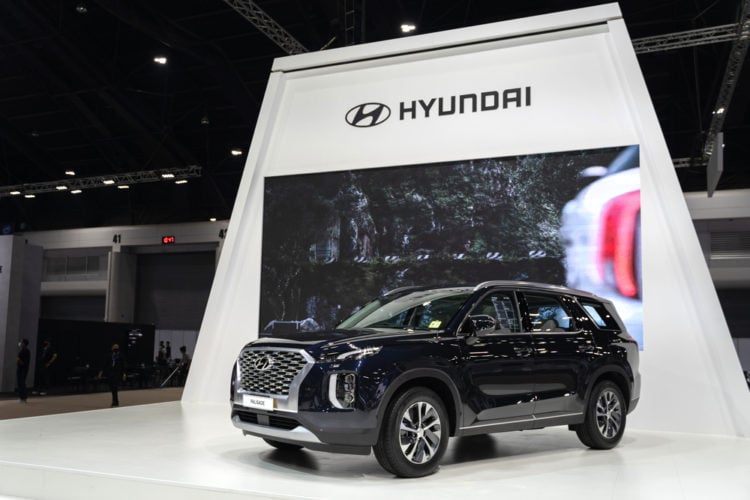 What are you planning? Day trips, visiting camp grounds, or simply running errands? Whatever you have on your mind, the 2022 Palisade by Hyundai has got you covered. With a striking exterior that resembles a…