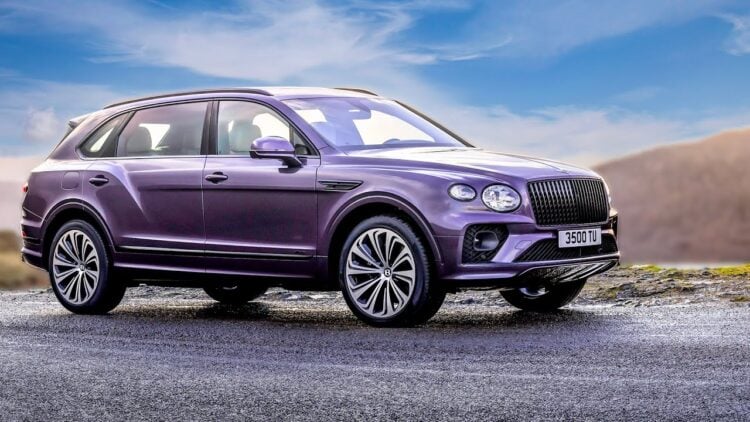 When you think about Bentley, you usually think about a state-of-the-art sports car that makes practically every other sports car look like an also-ran. After all, luxurious sports cars are exactly what Bentley is known for. When they surprise you by producing something entirely different, it sort of catches you off guard. Once you get past the surprise, you’re likely to find the same qualities that have made Bentley famous over the years. That is certainly the case with the 2023 Bentley Bentayga EWB, one of the most impressive SUVs ever designed.

An SUV With the Heart of a Sports Car

You certainly wouldn’t expect Bentlyey to design something that isn;t up to par when it comes to things like performance and design. Rest assured, this particular vehicle doesn’t disappoint. When you first set eyes on it, you’ll notice that it looks the part of an SUV- a very luxurious one. It’s not exactly easy for an SUV to be a real head-turner, but somehow, this one is that and so much more. It has all of the best qualities of even the finest SUVs, yet it also has its very own look that allows it to be completely unique. For example, it has the elongated hood and front grill that make so many of Bentley’s automobiles so attractive, yet it doesn’t sacrifice the roominess you’ve come to expect from an SUV. By the same token, it also incorporates some new sleek lines that wrap around the sides of the body, especially leading from the back door to the rear of the vehicle. In reality, it looks like one of the biggest SUVs you’ll ever likely see, yet it doesn’t look boxy like the overwhelming majority of them. There is no question that this SUV is big- no one would dare even debate that fact. It has a wheelbase that’s an astonishing seven inches longer than its predecessor. That being said, size certainly isn’t the only thing that impresses with this particular vehicle. For instance, it has a rear seat system that’s designed to mimic the types of seats used by pilots on airliners. Speaking of the rear seats, this automobile also features an adjustable rear seat that can be adjusted a remarkable 22 different ways. If you’re looking for a ride that offers plenty of room and comfort to spare, then it’s hard to beat this one. In fact, it’s almost impossible.

Taking Comfort to a New Level

Obviously, Bentley has long been known for creating a comfortable ride. This vehicle kicks things up a notch or two, even for them. Did you ever wish you had a car with a forest that was climate controlled? Now you can. If that’s not enough to convince you, consider this. All of the seats are climate controlled for both temperature and humidity. They also have five separate pre-set massage options that you can choose from, all so you can arrive at your destination in complete comfort. If you feel like shelling out a few extra bucks, you can also get the vehicle with front doors that close automatically, not to mention a special lighting system that allows light to shine through the air holes in the leather of the doors, creating a diamond effect that shines throughout the entire vehicle. You can even choose one with a bona fide cooler fitted into the console, complete with champagne flutes to keep your favorite bubbly nice and cold. Clearly, this is an automobile that doesn’t have an equal.The truth of the matter is that there really isn’t anything else out there that can even come close to comparing to this one. What else would you expect from Bentley?

By now, you already know that this is a vehicle that is the very epitome of luxury. However, that doesn’t mean a great deal if it can’t perform well enough to keep up with the other automobiles on the roadway. Granted, most luxury SUVs don’t need to be able to compete with a sports car. That being said, you also don’t want something that makes you feel like you;re driving your grandmother’s car. Fortunately, you won’t have to worry about that with this vehicle. In fact, its powerplant is a powerful V8 that produces a whopping 542 horsepower. The engine works in concert with the rear-wheel drive to get the power to the wheels so you can get down the road in style, without taking forever to do so. Even with the massive size of this particular car, you won’t feel like you’re driving a big SUV. In reality, it’s much more likely that you’ll feel as if you’re driving that sports car you’ve always wanted, only with a lot more leg room (and room for everything else, too). At the same time, you have all the luxury you can imagine at your fingertips. Could it get any better? At the end of the day, this is a vehicle that is going to make waves, in all the best ways possible. Bentley was counting on it to account for roughly half of their sales, and it doesn’t look like they’ll be disappointed. In fact, the vehicle won’t even hit the roadways until later this year, yet Bentley has already had so many pre-orders that 47% of their sales are a direct result of this automobile. It has all of the best qualities of both the sports car and the SUV. The best part is that it somehow manages to incorporate all of those qualities seamlessly, without the clunkiness that is so often associated with high-performance luxury SUVs. In short, this one os special and it’s obvious that people already know it.

Is it Worth Splurging on Cruise Drink Packages?