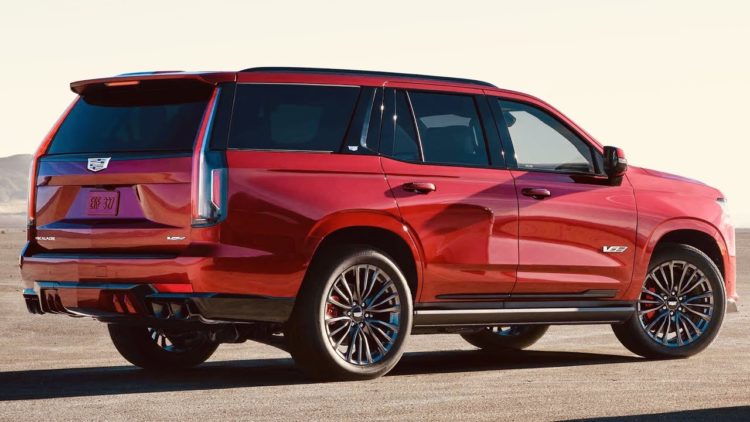 Almost all European luxury brands – Acura, Dodge, Jeep, and Ford – produce high-performance SUVs, and now Cadillac does too. Cadillac released their first SUV to wear the V-series badge, the 2023 Cadillac Escalade V, virtually right after it launched the Cadillac CT5-V Blackwing. Is the humongous, three-row SUV with V treatment everything drivers hope for? Let’s take a closer look.

News of the Escalade V

According to Road Track News, Cadillac recently teased the release of a high-performance V-series model. This SUV is billed as a V-series variant of its Escalade SUV, a full-size SUV with massive cabin space. Over the last few weeks, the company has been releasing teasers and spy photos, so the Escalade V was expected. The company recently shared the first official pictures of the model but has not yet shared any specs. These are expected to come out this spring. Nonetheless, the video and pictures tell us some of the performance features and design upgrades we can expect from this V-series model. Overall, the SUV looks very much like the current Escalade but with quad exhaust tips and V-series badges. The lower door panels also feature some black details, which complement the black grill perfectly. Bridgestone tires and unique wheels are in the mix too.

Cadillac will debut the Escalade V fully at a later date in the spring, which is currently only a few months away, so we don’t have long to wait. Before that, we can only speculate that the SUV will feature upgrades from the 2022 Escalade and share several features with the CT5-V Blackwing. The company is likely to maintain the standard all-wheel drive and 10-speed automatic transmission to increase the SUV’s capability. The magnetic ride control dampers and air suspension could be updated to enhance the car’s composure and stability. According to some experts, improvements to the steering ratio will also be welcome because it will raise the handling. The spy pictures and teasers show that the Escalade V will ride on top quality multi-spoke wheels and Bridgestone tires featuring red caliper brakes, which could be Brembo-produced. Overall, the SUV has a unique front and bumper design that gives the front an edge and makes it look more aggressive. The prominent mesh and grille go together well and blend perfectly with the vent-like fixtures that house LED running lights. Additionally, Cadillac has updated the rear bumper to create more space for the quad exhaust. The SUV also comes with a new faux diffuser.

The interior of the Escalade V will likely maintain the current design. From the video and sneak pictures, you can see the V-series logo on the steering wheel, and it will probably appear on the headrests. The company has only released one photo of the interior, but some experts expect the design to feature more contrast stitching and carbon fiber trim. Cadillac might retain the 38-inch curved OLED dashboard screen and maybe incorporate the Performance Traction Management system found in the CT5-V. The system allows you to adjust the control settings for stability to produce more performance. The video also shows that the Escalade V features multi-spoke wheels painted in gunmetal and covering red calipers and bigger brakes. The exterior bears some V-series badges, too, and comes in the dark cherry red color Cadillac fans so love. The SUV is also massive, so it is expected to have a lot of cabin space – enough to ferry entire families and more.

There is currently no news about the type of engine that will power the Escalade V, but we can expect that it will be powerful. Listening to the powerful sounds produced by the model in the Cadillac video, it is likely the supercharged LT4 V-8 houses in the CT5-V Blackwing sedan. This engine produces 659 lb-ft of torque and 668 hp. Because it is larger, the specs might be higher in the Escalade. In terms of transmission, Cadillac will likely stick with the 10-speed automatic but with more responsive gear selection and snappier shifts.

The 2023 Cadillac Escalade V packs a mighty roar that sounds both luxurious and powerful enough to leave a smile on the face of any driver. This aspect is clear from the video Cadillac released, but we are yet to see whether it features any high-performance upgrades. Generally, Cadillac reserves the V-series designation for high-performance models such as the CT5-V Blackwing sedan. This is why drivers would be correct to expect the Escalade V to deliver top-shelf performance. The SUV will likely house the 6.2-liter V8 engine with 668 hp and 659 lb-ft torque found in the CT5-V, which should be an excellent upgrade for the current Escalade.

It is no secret that the Escalade V is a humongous vehicle, which is why some people doubt the efficiency of it being a V-series model. However, other models in the company’s V-series produce some of the most exemplary handlings on the market, so it is very possible that the suspension on this tall and heavy model is just as impressive. We can only wait and see.

Although Cadillac has not released the pricing for the 2023 Cadillac V, from the features and specs, you can expect a hefty price tag. At the moment, Cadillac’s most expensive model – the 2022 Escapade – has a starting price of around $104,595. It is safe to assume that the Escalade’s cost will range here. Nonetheless, more details about this will be released in the spring, with the 2023 Escalade V expected to grace dealerships in the second half of this year.

While the video released by Cadillac of the 2023 Cadillac Escalade V shows that it will likely have a V8, the company has not officially released any specs. A statement posted alongside the teaser photos says that Cadillac assigns the V designation to vehicles “that encompasses the peak of Cadillac performance, bold, distinguished design, and innovative technology.” This should at least tell you what to expect from the Escalade when it enters dealerships later this year. Cadillac should also release some specs and more information about the model in spring 2022. 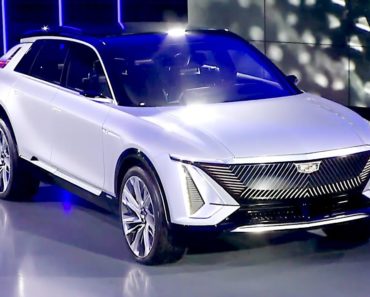 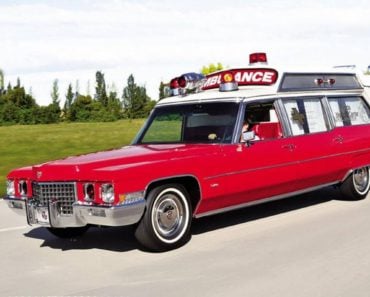 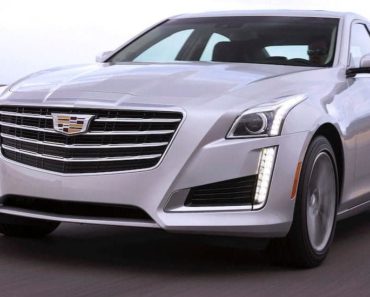 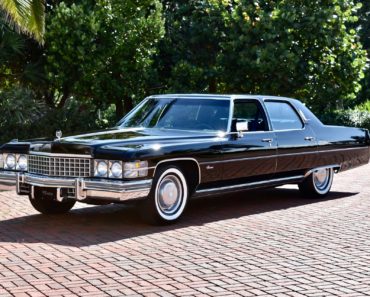 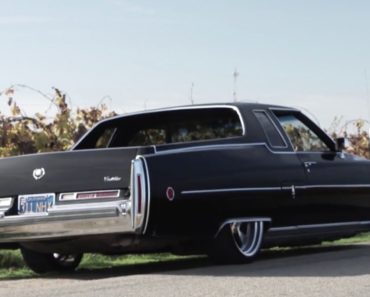 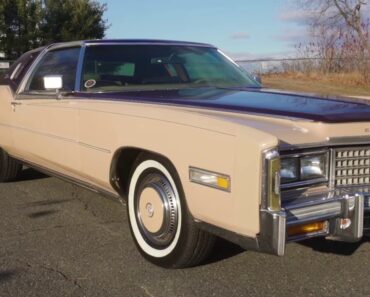