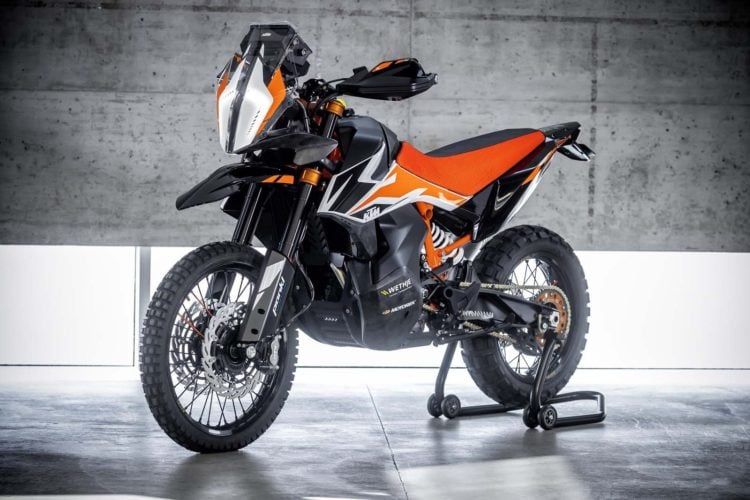 If you love bikes, you’re bound to be excited about the KTM 790 Adventure R. This is a bike that has not yet hit production, but a pre-production model has been showcased and some lucky individuals have even had the opportunity to ride it themselves. It wasn’t long ago that KTM made the decision to bring their pre-production model to an event that centered around off-road riding, as well as riding up and down some of the most scenic Italian roads you are ever likely to see, all so people could see their brand new addition to the family, the 790 Adventure R. Out of the thousands of people that were in attendance, 150 of them even got a chance to operate the bike for themselves.

There are many things about this bike that set it apart from virtually anything else that’s currently available, one of the most important things being that it is manufactured by KTM. This is a company that clearly knows what it’s doing when it comes to producing motorcycles and there is no reason to think that this particular version would be any different. Instead, this is a bike that seems to showcase all of the best things about KTM, as well as the reasons that the company has become so well known in the motorcycle industry to begin with.

For starters, this bike looks a lot like a top performance dirt bike but it can also handle the streets just as well as any touring motorcycle that’s ever been built. If you’re looking for power, it has a 799cc twin turbo engine that’s specially designed to provide you with a rather wide range of power settings that you can control easily, thanks to the easy-to-use throttle assembly. You can use these different power settings to somewhat customize your ride, depending on the type of terrain that you decide to experience at any given time. This makes the bike more responsive and it also gives you a lot more decision-making power when it comes to knowing where your ride is going to take place. 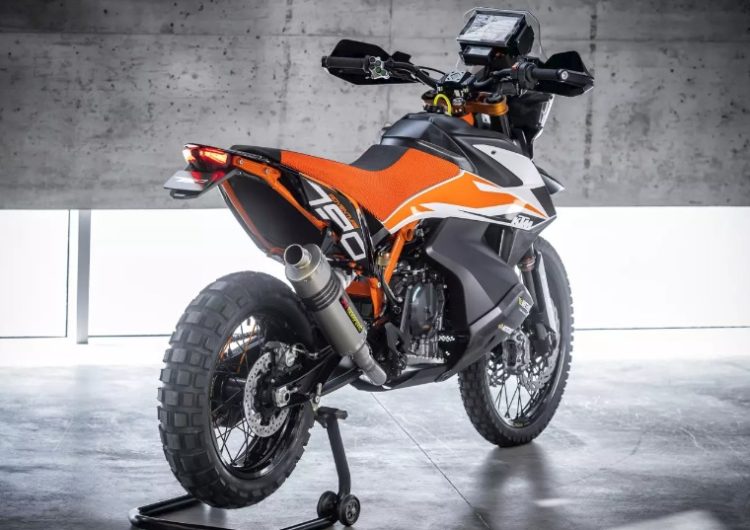 Another thing that really sets this motorcycle apart is the fact that it’s capable of traveling fairly long distances on a single fill-up. As a matter of fact, the company says it can go 250 miles before you need to stop for fuel again. That’s a lot more than most motorcycles are capable of going and it adds to the level of convenience that you’re likely to experience when riding. There are few things that are more frustrating than having to stop every time you pass a gas station. In reality, this can put such a damper on your trip that you would probably almost rather not go than be forced to put up with it. It’s nice to have a motorcycle that’s capable of traveling more than 200 miles without needing to fill up. In addition, it won’t cost you a lot when you do fill up because even though it has two separate gas tanks, they’re both relatively small. As such, you get about 40 miles to the gallon whenever you ride this bike, even when you’re pushing it to its limits.

The bike looks good, there’s no question about that. While it’s not yet possible to ensure that there won’t be some changes made to its appearance when the production model starts to roll out, the one that showed up at the pre-production rally was eye-catching just as it was. It looked a lot like a dirt bike, yet it had more substance to it than most motorcycles designed to run exclusively on dirt. Finished in all black, it looks like it’s just waiting for you to take it out and put it through its paces. In addition, it seems as though the bike handles just as well as it looks and then some. Clearly, there’s enough power to be had, no matter what you’re trying to accomplish. The brakes are also responsive and the overall handling is good, regardless of the type of surface that you’re traveling over. When it’s all said and done, this is a bike that seems to be capable of doing just about everything and it does it well.

It’s somewhat rare to find a motorcycle that’s capable of making that transition between traveling on dirt and running along on the road without noticing some appreciable decreases in performance one way or the other. In this case, that doesn’t seem to be a problem. This is one of the rare examples of how this bike is capable of performing on any surface in virtually any conditions, and doing an exceptional job the entire time.