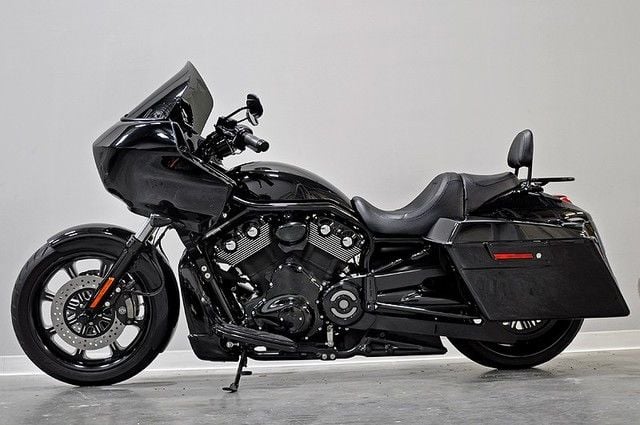 The Harley Davidson V-Rod, also known as the VRSC, for V-Twin Racing Street Custom, was produced from 2001 through 2017. This was a smart looking bike that featured liquid cooling and a dual overhead cam, something that’s hardly ever seen on motorcycles, even the newer ones. For some reason, Harley-Davidson did not go ahead and choose to add this bike to its list of 2018 models. If you’re interested in learning more about how the bike changed over the years, you can find out more information below. 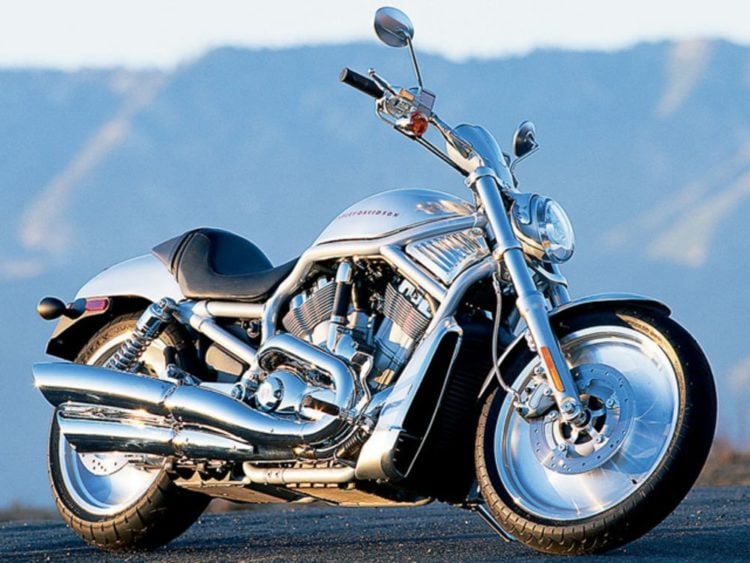 This was one of the most radical designs that anybody had ever seen on a motorcycle. It had a bigger engine, more piping and a fuel tank that set directly underneath the seat, for starters. It looked different and it performed differently than most, thanks in large part to it’s dual overhead cam and it’s liquid cooled engine. The improvements for these model years, including the 100th anniversary edition that was produced in 2003, included a more powerful engine capable of producing 115 horsepower, a 3.7 gallon fuel tank, solid disc brakes, and a 180 mm tire for the rear. These bikes also incorporated new, larger brakes that did a better job at stopping the bike, even at high speeds. As far as mechanical parts go, there weren’t any changes during these two model years but there were a lot of differences that changed the cosmetics of the bike. It featured a black frame, chrome that was highly polished and an engine that was powder coated, for starters. The company also made updates to the handlebars, instrument cluster and clam shell. 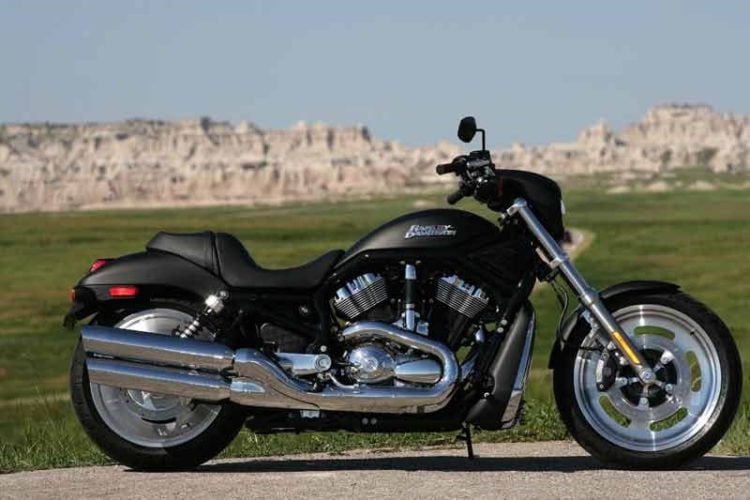 While there weren’t any major changes here, there were some cosmetic ones and a few mechanical upgrades. The bike featured new mufflers which generated an additional five horsepower, as well as a new ABS braking system. Much of the rest of it involved cosmetic updates, reminiscent of the 2004 model listed above with a black and chrome engine and tubing. One of the other major changes here was that instead of forward controls, this bike featured mid controls. This is basically the original bike that was first produced in 2001 with some major changes to accommodate new features. First and foremost, the frame had to be bigger because the tank was upgraded from 3.7 to 5 gallons. The rear tire was also changed from 180 mm to a whopping 240 mm, necessitating a bigger frame to handle that as well. The bike featured the original engine, although it had been reworked some by that time and was capable of producing 123 horsepower. The bike was also heavier than its predecessors, by 37 pounds, to be exact. There’s no doubt that this bike marked the complete evolution of the Harley Davidson V-Rod, and it looks the part. It was an absolutely stunning motorcycle to look at, not to mention to ride. While much of its construction remained the same, the major differences were once again cosmetic. It was updated, looking more sleek and actually, far more robust than its predecessors. It also featured cosmetic air rams that made it look like it could tackle anything that would come its way. This did mark the first time that turn signals were featured on the side mirrors, something that would eventually become standard on many bikes.

There is no doubt that anyone who loves Harley-Davidson fell in love with one of these bikes. After all, they incorporated everything that most Harley-Davidson riders considered to be important. All of these models, even the earliest designs, were revolutionary for their time. This was a model that truly changed the face of the motorcycle industry and it continued to do so throughout its production run. It’s interesting to note that this was at one time a top seller for Harley-Davidson and that it was the later models that garnered even more attention than the first ones that rolled off the assembly line. While it’s hard to say why they didn’t decide to include the model in their lineup for 2018, you can bet that there are plenty of fans of this particular bike that are hoping that it makes a comeback in the near future. Until then, they have plenty of examples of this stunning bike to enjoy.