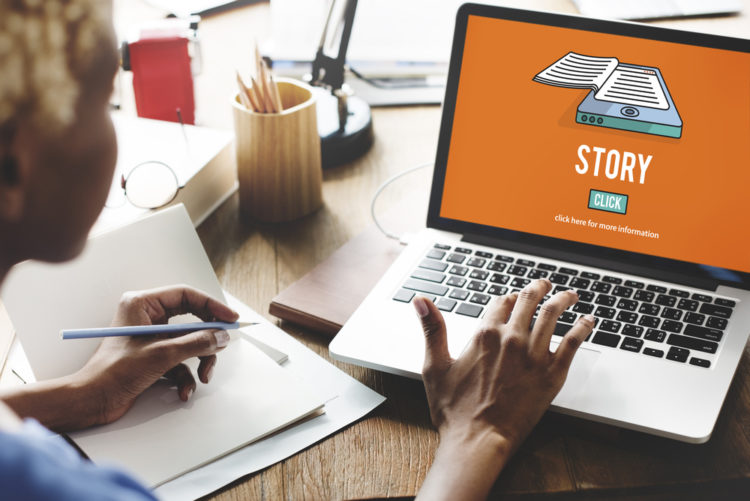 AdThrive is a company that provides lifestyle digital publishing and ad monetization in a network covering parenting, DIY, home, and food categories. Its platform assists online publishers in monetizing their site through ad optimization. If you’re not acquainted with this company, here are 20 things you probably didn’t know about AdThrive to bring you up to speed.

According to Crunchbase, AdThrive focuses on helping e-commerce publishers monetize their websites. It is the singular focus that makes AdThrive a powerful company. It is categorized across the internet, e-commerce, and advertising industries which are all interrelated.

2. AdThrive is still a young company

Adthrive launched its operations in 2013. It has been in operation for just under eight years and is still a relatively young company compared to many others in the industry. The founders are Andy Marzka and Kelly Marzka. The headquarters are in Powder Springs, Georgia, in the greater Atlanta region of the Southern East Coast of the United States. The founding of AdThrive is a first-time entrepreneurial venture for both of the co-founders of Adthrive. Neither has previous experience in launching a business, but the company has thrived and prospered under their leadership.

3. AdThrive is a small operation

There are a total of twelve staff members listed by AdThrive that makes up its total workforce. Uniquely, these workers come from across the nation. The names of AdThrive staff are not published publicly. We learned that there is a vice president of onboarding in Cumming, Georgia, a digital advertising ad ops and innovation specialist in Colorado Springs, Colorado, an onboarding specialist in San Francisco, California, and a performance analyst in Bowling Green. AdThrive employs a performance analyst in Williamsburg, Virginia, an onboarding specialist in Potosi, Wisconsin, a UX/UI Designer and front end developer in Nashville, Tennessee, an account manager in Gilbert, Arizona, a communication specialist in Boulder, Colorado, and a senior engineering manager of Ad Code in Brooklyn, New York.

This company actively uses 48 technologies to power its website. These technologies are distributed across 24 technology products and services. Some of the tech products and services used are jQuery, Google Analytics, HTML5, iPhone Mobile Compatible, SPF, Viewport Meta, and several others. Although AdThrive has not disclosed the annual cost of IT operations, from experience we know that the associated fees quickly run into the tens of thousands, even hundreds of thousands, and in some cases, millions for larger companies.

6. AdThrive maintains a unique edge in the market

AdThrive offers services that are different from most of its competitors because it uses proprietary technologies and systems that are protected by trademark registration. AdThrive has legally secured registration for two trademarks in the advertising and business categories. This means that there are at least two aspects of the organization that cannot be copied or imitated by the competition.

7. AdThrive has a high volume of web traffic to its site

The number of monthly visits to the AdThrive website was recorded at 76,256 over the past 30 days. This represents a slowdown in the monthly visits growth rate of 6.64 percent. Because of the volume of web traffic, AdThrive is ranked as number 337,042 of the millions of websites registered on the worldwide web.

8. AdThrive is most popular in the United States

AdThrive maintains a log of all visits to its website through its analytics programs. Each visit is recorded, providing key decision-makers in the organization with the knowledge of how many people visit the website, which country they’re from, how long they stay on the site, and if there are conversions from visitor to customer. The data collected through this technology shows that ninety-one percent of the monthly web visitors come from the United States. Three percent of the web traffic is from India. Two percent is from the Netherlands, two percent from New Zealand, and one percent from the United Kingdom. The statistics show that the majority of visitors however are from the United States. So far, the site is attracting more people from its home country than anywhere else in the world and has the highest level of interest from the US.

9. AdThrive was acquired by Cafe Media

Cafe Media is the largest ad management company in the world today. It is based in New York, New York, and serves over 3,000 independent publishers. Cafe Media is a private company that is funded by private equity investors. It acquired AdThrive on September 29, 2016, and serves as the parent company. This is the only acquisition that Cafe Media has made so far. The details of the agreement of the acquisition have not been disclosed.

10. The headquarters for AdThrive has moved

According to LinkedIn, AdThrive is no longer headquartered in Georgia. It has moved to Miramar Beach, Florida. It is listed as a privately held company. There is just one location indicated by the LinkedIn profile which suggests that after the acquisition by Cafe Media, the owners moved the operation from its previous home in Powder Springs to the new location in Miramar.

11. AdThrive is not currently hiring

When searching for any available jobs at the company, we noticed that AdThrive is not currently hiring. There are no openings at the company which suggests that growth and expansion may be at a standstill for the time being. It still lists the 12 positions with the co-founder at the leadership helm, with no additional executives and no board of directors to provide advisement and direction.

13. AdThrive was previously geared toward women

Before AdThrive was acquired by Cafe Media, it had a slightly different focus. The company was one of the leading women’s lifestyle ad networks. After being acquired by Cafe Media, it has added verticals from a variety of other industries. It has become one of the top-performing ad networks since AdThrive broadened its clientele base. In essence, the acquisition helped the organization to broaden its reach and bring in more clients than ever.

14. AdThrive has evolved into a massive network

Since 2016, AdThrive has undergone a lot of changes. It has evolved into an advertising company that encompasses a massive network. It was ranked by ComScore as one of the top 50 digital media properties by the number of sites included in its expansive network. There are thousands of publishers currently working with AdThrive. The breakdown of statistics shows that there are 97 million in Food, 24 million in the Home category, 19 million in Family and Parenting, and more than 151 million who are unique users that do not necessarily fall under the three main categories originally offered.

15. There are requirements for joining AdThrive

Not just anyone can join the AdThrive network. The company has established a set of requirements for membership. Publishers must meet the established content and traffic requirements to have their applications accepted. This includes: at least 100,000 monthly page views with Google Analytics installed for your site and functional, the majority of traffic to the site must be from the United States, the content must be unique, and publishers will not qualify if they have been blacklisted by Google AdSense or any other Ad Networks.

16. AdThrive controls all of the members’ ad units

Another useful fact to know about AdTrhive is that it provides full-service ad management for the publishers accepted into its network. This is accomplished through the deployment of the proprietary AdThrive header bidding wrapper. The rapper is integrated into the website and gives AdTrhive control over all of the ad units on a website, providing various sizes and formats for the ads. AdTrhive recommends the ad units that are best suited for the page and helps users to integrate them, with a minimum of 3 ad units required. AdThrive’s control extends for all ad units across all devices. It also provides video monetization with innovative formats featuring higher CPMs, exclusive premium campaigns through its Private Marketplaces and direct campaigns, and mobile ad optimization that creates professional-looking mobile ad units that load quickly. If you don’t mind going up control over your ad units, AdThrive takes on the tasks of complete management to give publishers more time to their content while still optimizing the monetization of their websites.

Publishers in the AdThrive network have multiple choices for receiving their payments. The options include direct deposit, PayPal, Paper Check, Check or local bank transfer, or international wire transfer. AdThrive has established a strong reputation for paying on time and delivering the correct amount due to its members. AdThrive has established a minimum payment threshold of $25. Multiple publishers who are members of the AdThrive network have provided testimonials that attest to the reliability in completing payments they’ve experienced through their time with AdThrive. This is one of the drivers that is pushing more traffic to the AdThrive platform as word of mouth has helped to boost the numbers of publishers applying for inclusion in AdThrive’s various networks.

18. AdThrive is run by a husband and wife team

According to the official AdThrive website, AdThrive was created by a husband and wife team. Andy and Kelly Marzka are a blogging team that sought to monetize their websites when they found a way to help themselves and other creators to grow their ad income through enhanced digital content. The Marzkas see their joint effort with CafeMedia as a boost that helps them do a lot more to serve publishers in their quest to optimize site monetization. The Marzkas now work with world-class experts in relatively new programmatic advertising technologies. This giant network all began with two people who had a vision for helping others to achieve their dreams.

The small team that works for AdThrive has something in common with its members. All of them are publishers. The reason for only hiring publishers is because only publishers can understand unique challenges faced by members who are fellow publishers. AdThrive maintains publishing staff that provides everyone in the AdThrive network with access to experienced professionals who are like-minded and understand the hard work that it takes to achieve success in online publishing. The best way to make money from an informational site is through advertisements that generate revenue from pay per click, commission, and other formats. It’s the bread and butter for most bloggers and professional writers who work in an online environment.

20. AdThrive is a company to keep your eye on

Although AdThrive only employs few employees in its workforce, they’re a dynamic team that works with skill and precision. AdThrive is in sync with public demand. It is continuing to rise in its overall rankings and popularity with publishers. The small company has evolved to encompass a massive network of publishers and advertisers. It is one of the most successful companies in its niche of the advertising industry. It is a company that merits watching as we fully expect the continued growth and expansion of AdThrive in the months and years to come.