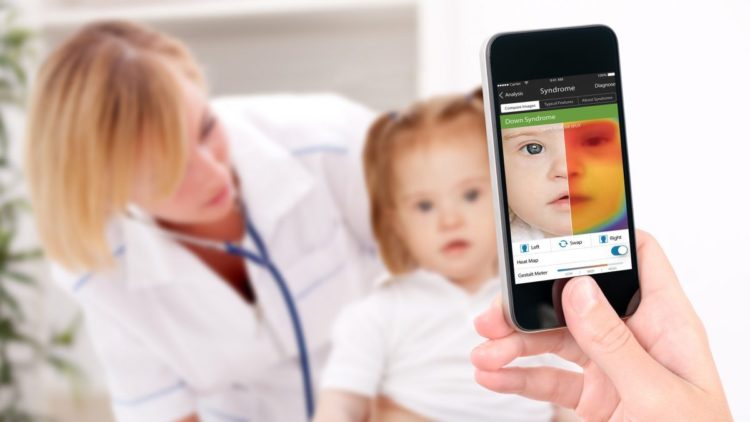 While the uses of artificial intelligence (AI) hold great promise for many areas of science and medicine, what also needs to be recognized is that the technology also has limitations. The quest of using AI in the identification of genetic disorders needs to be limited by its potential for misuse, as this article will briefly illustrate.

The latest advancement in AI medical technology comes from a Boston, Massachusetts company, FDNA. It specializes in the research and development of digital solutions for a range of health problems. The company has created an app, Face2Gene, which preliminary testing indicates it is capable of identifying rare genetic orders by analyzing specific facial features. The current focus is on diagnosing such disorders in children, but if progress goes as expected, it will be able to expand its use to adults.

Face2Gene compares the facial features of a person with a test database of more than 17,000 facial images of people who currently suffer from more than 200 different genetic disorders. When specific features are found, the genetic disorder is identified, with the future potential of beginning a treatment plan in the early stages of the disease to minimize the potentially debilitating consequences of non-treatment.

Currently, the app is being tested only on images of children stored in a database. One test used more than 500 images and set the app to work on identifying the correct genetic disorder. The app correctly matched the facial features and the disease 65 percent of the time. Then the AI app was given a narrower list of 10 diagnoses to choose from, resulting in a 91 percent accuracy score.

Another test was done, this one informal, by asking 49 clinical geneticists to identify a disorder by examining a single image of a face. Of the 49, only 2 were able to correctly identify the disease compared to a 70 percent accuracy rate for the Face2Gene app. One shortcoming of the app is the assembled image database thus far has primarily been of Caucasian children. When tested with other races and ethnicities the accuracy plummeted to only 37 percent.

From an objective viewpoint, the test with the clinical geneticists was biased. The AI app was able to basically scan through hundreds of images (at a very high speed) and compare its memory to that of a human’s. It is difficult to see a clear advantage using the app if speed is the only criterion. If one of the clinical geneticists took 20 minutes to arrive at the same conclusion as the app, the extra 14 minutes seems inconsequential to the outcome.

Addressing the issue of the lack of human diversity within the test database, the app clearly fails in this regard. It can be asked why the majority of images and rare genetic disorders chosen were those that primarily affected Caucasian children. This is an obvious limitation of the app, and thus the results, though promising, have limited value when viewed from a global perspective.

A darker area of the development of this technology can be seen by asking why children were the primary focus of the app development. While the argument can be made that the earlier the diagnosis can be made the greater the value of the app, it also has the potential for the pursuit of a eugenics mentality where the value of a child will be subject to the scrutiny of medical professionals or even the government. There are also clear financial implications, as the future cost of treatment for the child will be taken into consideration.

The future of this technology will be debated by medical bioethicists and privacy advocates. Securing sensitive data, whether it is in the hands of hospitals or the government, is an ongoing challenge. It can also be asked whether it is sometimes better not to know about the future. Consider the parents of the child who will have to deal with knowing. Identifying the genetic disorder is one thing; curing it another. Will the parents lose the right to their child’s and family privacy by the use of Face2Gene?

There definitely is work that needs to be done before trying to navigate the moral and ethical consequences of the app. What this technology does show is the potential power of AI in areas that have yet to be explored. It makes current facial recognition technology seem like child’s play.