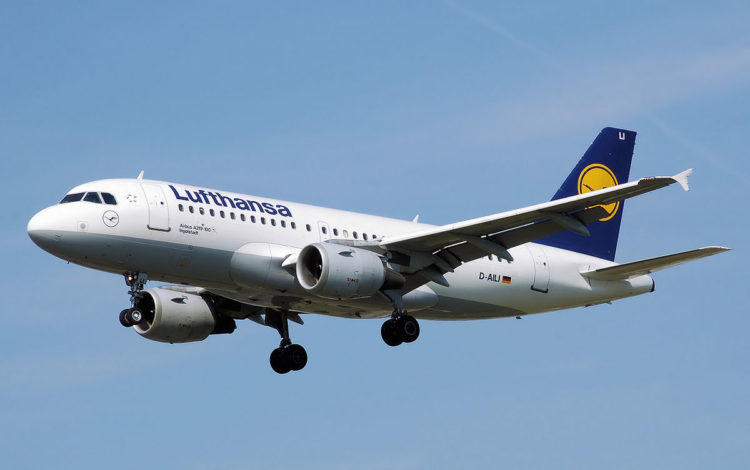 The history of commercial air travel is always changing. The jets that were popular mainstays for air travel back in it’s glory days have long been retired and a new generation is taking over. Part of that new generation involves the Airbus A319, a medium-range narrow-body twin-engine commercial passenger jet that is capable of moving more passengers and saving fuel when compared to the older, larger jets that had previously been in service. Below are 10 things about this jet that are sure to impress you, whether you really know very much about aviation in general or not.

1. It can travel great distances

This is certainly no intercontinental jet, but it can travel as much as 3,700 nautical miles before it needs to refuel. That makes it a great option or traveling to different areas within the same country. Since that is the majority of the air travel that major airliners are currently providing, it only makes sense to utilize a jet like this that can operate for less money and save the intercontinental jets for flights that are truly cross-country in nature.

2. It carries a lot of passengers

Even though this is a relatively short narrow-body aircraft, it still manages to pack 160 passengers into its frame. Perhaps the most impressive thing is that even when it’s fully loaded, passenger still have slightly more room in this particular type of aircraft than they have in many of the older ones. Much of it is due to the overall configuration of the aircraft when it comes to the design of the seats and the way they are laid out inside the fuselage.

3. It first entered service more than 20 years ago

Even though this aircraft is considered to be among the new generation, it’s actually been flying for quite some time. In fact, the very first Airbus A319 flew for SwissAir back in 1996. Since then, the jet has undergone a lot of improvements in order to keep it current. This is probably why this particular aircraft always seems to have a somewhat newer feel to it than many of the other airplanes that are still in service with the airlines.

One of the most ingenious things that Airbus ever did was create an entire family of aircraft that basically operate on the exact same principles. The A320, A321 and A319 can all be flown by the same pilots without forcing those individuals to undergo additional training in order to be rated for the aircraft. This is something that’s practically unheard of in the airline industry, and it makes it much easier on both the airlines and the pilots themselves.

As of mid 2018, almost 1,500 of these aircraft for operational with major airlines. More aircraft are currently on order, meaning that this is one of the most frequently used types of airliners overall. In fact, you’re a lot more likely to see one of these than you are some of the old stalwarts of airline travel such as the Boeing 747 or 727.

Out of the almost 1,500 aircraft that are currently operational, a single airline operates roughly 140 of those aircraft. You might think that it’s one of the major airlines, but you’d be surprised to know that it’s an airline that the majority of people have never even heard of, EasyJet. In reality, this aircraft comprises almost all of the operational aircraft EasyJet has.

This airplane has a relatively short fuselage, much shorter and it’s cousin, the A321. It’s even shorter than the original A320. In fact, most people are able to identify the aircraft by looking for the plane with the short fuselage and the enormous engines.

8. It’s popular in the United States

This aircraft is used by all the major U.S. based Airlines, including American, United and Delta. In fact, it’s become a major workhorse for these and other airlines, quickly replacing many of the older aircraft that have been in use for several years.

9, It incorporates the latest in technology

This was the first commercial airliner to utilize fly-by-wire controls. Fly-by-wire is a computer operating system that utilizes millions of computer calculations to help the pilot better control the aircraft. The end result is an aircraft that is more responsive to control inputs and far more versatile. However, without the fly-by-wire system, it would be virtually impossible to control.

10. It has updated pilot controls

Major commercial aircraft have traditionally utilized a yolk that was positioned directly in front of the pilot or co-pilot. This aircraft did away with that in favor of a side stick that is more reminiscent of a fighter jet than anything else. It actually makes the aircraft easier to handle and creates a little more room in the cockpit, something that all pilots are grateful for.