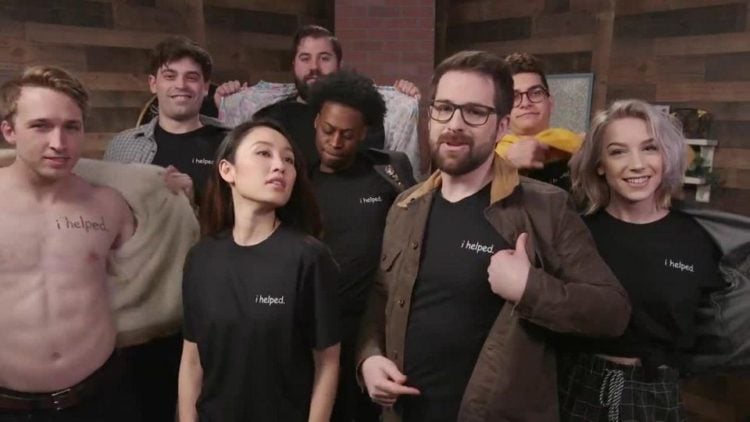 Running a business has its ups and downs, and unless you are persistent and patient, you will give up at first sight of trouble. Smosh has had its share of downs but one co-founder, Ian Hecox has held on to it while the other founder chose to leave. His patience has paid off, and Smosh has found new owners, but it has been quite a journey as we shall see.

In June 2017, one of the founders of Smosh, Anthony Padilla left to pursue a solo career as an independent YouTube creator. By early December 2017, Padilla had successfully launched his eponymous channel which had 2.5 million subscribers already. Padilla also signed with a leading multi-channel network, Studio71, to work on managing his online content ecosystem and digital strategy. He revealed that Studio71 understood him as a creator and supported his vision; therefore they were going to assist in expanding Padilla’s other brand areas. True to the statement, Padilla launched his first line of merchandise, Shop By Studio71 where he aims to connect creators with fans through unique products.

In 2011, Hecox and Padilla sold the Smosh YouTube channel to Defy Media in exchange for stock in the company translating to the co-founders only cashing out if Defy Media went public. Unfortunately, although the pair received a salary, they did not understand the implications of their actions. Soon, Padilla realized that the pay was only a small part of the revenues Smosh was earning for Defy. Apart from the new insight, Padilla felt betrayed by Defy when they hired new cast members and stopped and started various shows without consulting him. Further, Padilla disclosed that Defy made Smosh launch an Indiegogo campaign for a mobile game that had not been conceived.

In November 2018, Defy announced it would be shutting down through a statement where they explained that the reason for closing was the market conditions that had become unfavorable in helping them achieve their mission. They expressed regret on the impact the action was on the employees, the loyal subscribers and the brands for whom Defy said they had to find a new home. The employees, however, continued to work until 2nd January 2019 and productions would cease until new owners of the brands were found. Consequently, Hecox took to Twitter to confirm to the subscribers that Smosh was not going away and they were in the process of finding new owners.

However, Defy had been struggling for some time since it had laid off 8% of its employees early 2018 which led to the crashing of its side operations as it chose to concentrate on Screen Junkies, Clever, and Smosh. It later sold Screen Junkies which led to rumors that it was looking to sell although Matt Diamond refuted them.

Finding a new home for Smosh

Hecox declared that since Defy’s shutdown, he had had the worst four months of his life until the deal with Mythical ripened. Mythical Entertainment is a company founded by Rhett and Link and had been looking to acquire Smosh. After Defy’s shutdown and announcement to look for new owners, several potential buyers were interested in Smosh, and Mythical has been the successful one. The two, Rhett and Link, are childhood friends whose “Good Mythical Morning” has led them to success seeing that it is now on its 15th season. Smosh could not hide his excitement on Twitter as he urged fans to buy a limited–edition T-shirt saying “I helped” for $24.99.

Implications of the acquisition

The “Good Mythical Morning” show has 15 million subscribers, and by acquiring Smosh, the duo have subsequently increased their fan base since Smosh has 24 million subscribers and has been the most subscribed to channel on YouTube since its founding. Apart from the increased fan base, the laid-off workers at Smosh have a reason to smile since they have returned, thereby doubling Mythical’s workforce. Currently, Mythical has 70 employees with 30 at Smosh and 40 at Mythical, although Smosh is in the same location as Mythical, the Los Angeles offices. Apart from sharing offices and employees, Rhett, Link, and Hecox are represented by the same agency, UTA, and law firm, Hansen Jacobson.