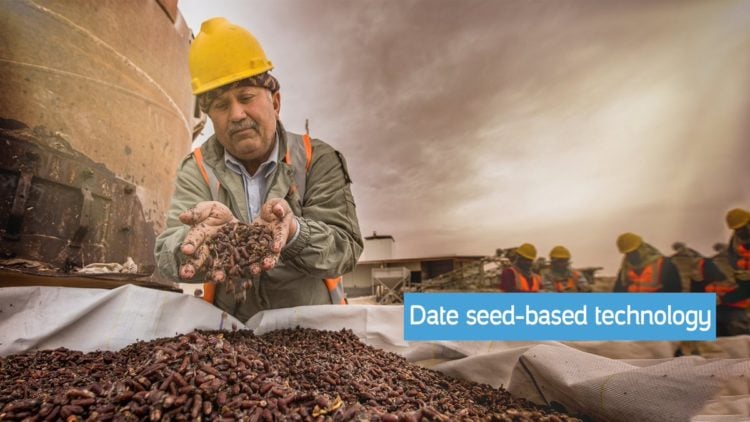 Saudi Arabia has made a name for herself for being an economic power-house in the Middle East. One company that has led to the country’s success is Aramco, the oil giant whose reputation is globally known. Aramco takes pride in being a global company that continues to expand and shape the energy and chemical markets across the globe. The integrated petroleum enterprise is renowned for its activities in mining and crude oil production across and beyond the Saudi Arabian borders. Here are some things you likely do not know about the multi-billion dollar company.

1. Was founded by Standard Oil Company of California (Chevron)

The establishment of Aramco dates back to 1933 when Saudi Arabia and Standard Oil Company of California reached an agreement giving rise to a secondary California Arabian Standard Oil Company. In 1938, it began its commercial production of oil and has never set its eyes back ever since. The company, over the years, flourished to record-breaking heights of producing remarkable crude oil amounting to millions of barrels per day.

Aramco’s Abqaiq and Khurais oil processing facilities hit the airwaves for quite unfortunate reasons. The two facilities suffered attacks by drones and missiles targeting the oil production infrastructure. The sophisticated strike led to considerable damage to the facilities caused by fire, and the Houthi rebels backed by Iran have come out to claim responsibility for the attacks. The United States, however, has refuted claims by the Iran-allied rebels and has strongly pointed fingers at Iran based on their investigative findings. The attack caused disruption on oil production, leading to the rise of the cost of a barrel over that period.

Aramco is run and owned by the Saudi Kingdom. Saudi’s crown prince Mohammed Bin Salman is the head of the Aramco Supreme Council, which is the topmost oversight delegation. After the crown Prince comes the Company’s Chief Executive Officer, who also serves as its president, Amin H. Nasser. The president is backed by two vice presidents, namely Nabeel Al Mansour and Mohammed Al-Qahtani.

3. It is the largest oil producer in the world

10% of oil in the world is supplied by Aramco, which provides oil products around the globe more than any of its rival companies. It had close to 260.2 billion barrels of oil as of 2017. The value of oil reserves owned by Aramco surpass the total value of oil compared to those of its competitors combined. At a lower cost of $3 per barrel incurred in producing crude oil, it delivers 10.3 million barrels per day of crude oil. With such mind-blowing production numbers, Aramco is a force to reckon with in the energy sector as it sits on oil reserves with an estimated life of 54 years.

Oil exploration is not limited to land; Aramco breaks records in its endeavors, including exploring crude oil in the sea. As per Forbes, it owns the largest and first off-shore oil field discovered in the Middle East and by extension in the world. The largest off-shore oil fields were found in 1951 and are located 165 miles to the north of Dharan, Saudi Arabia. The vast oil fields are approximated to reserve more than 50 million barrels of crude oil. Crude oil production began in 1957, and the field produces 1.5 million barrels in a day.

Aramco distinguishes itself among other multi-billion companies as the world’s most profitable company. It knocked down American technology giants, Apple and Facebook, after its market value sky-rocketed to a whopping $1.9 trillion. The company registered quite impressive profits; as of the third quarter of 2019, the profits were $111 billion. Its profitability is credited to the fact that it is easier and cheap to find and produce oil in Saudi Arabia, where Aramco dominates the oil and gas reserves.

6. Eliminated malaria from the Eastern part of Saudi Arabia.

During the inception days of Aramco, malaria was prevalent across the Saudi Arabia region. It had a negative impact on inhabitants and the oil explorers driven by curiosity. In the 1940s, the company embarked on an extermination program to get rid of the epidemic. It educated the inhabitants of the region on techniques of preventing the disease. Besides that, the company used insecticides to wage war against the pests, and by the 1950s, the disease had ceased to be within the area.

8. It built the King Abdulaziz Center for World Culture

The Middle Eastern countries are in an architectural race; they have constructed monumental buildings that attract tourists all over the world. Aramco’s King Abdulaziz Center for World Culture, as the name reveals, was developed as a modern center for culture and learning in memory of the king. Aramco declared its plans to construct the architectural masterpiece during its 75th anniversary. The building’s design represents the geological nature of the Kingdom. According to Saudi Aramco, different-sized rocks which represent the diversity of the Kingdom, lean on one another to express the solidarity and dependence among each other. The cultural center used up $800 million in its construction.

The headquarters of Aramco moved from New York to Dhahran, Saudi Arabia, where the majority of the company’s assets were stationed in 1952. The migration was triggered by the government’s successive acquisition of Aramco’s assets. Since ownership was shifting hands, the headquarters needed a new home to carry out its operational functions.

Despite being a thriving company, Aramco faces legal challenges that question its role in facilitating climate change. According to Climate Change News, Aramco among other oil and gas companies have been put to task to validate their accountability on the overdependence of fossil fuels which negatively affect climate change. Aramco, however, in its defense claims it makes significant positive contributions to the global epidemic, citing research and development of emission-reducing technologies as well as creating value from carbon emission.

Aramco announced its plans to sell part of its shares. The public offering has been delayed ever since its announcement in 2016, with the delay being attributed to book-keeping and corporate structure issues. Although the Crown Prince had set a target of $2 trillion during the floatation, it fell short to be valued at $1.88 trillion. Aramco initially wanted to raise $100 billion from two exchange markets but raised $25.6 billion instead, which still broke the record that was previously held by Alibaba.

When you make more profits, then you stand to be taxed more; that is the case with the world’s oil giant. An insight into the company’s breakdown of financial information proves that besides being the most valued company in the world, they as well are the most taxed company. Aramco reportedly pays a 50% tax rate. In the year 2018 alone, the company paid up to $100 billion in income tax to the Saudi Arabia kingdom. Besides paying rents, fees, VAT, licenses, and tariffs to the government, it produced an additional $58.2 billion in dividends. The figures indicate massive revenues by the company, which significantly fund and run the Kingdom.

13. It incurs least in oil production.

You would probably assume that the world’s most valuable company pays the executive heftily. Well, surprisingly, they receive comparatively lower pay than their counterparts in the energy sector. The oil giant, Aramco, is a steady source of income for the lavish royal family, which could blind us from the fact that the management leads a humble life. As per the Business Standard, in 2018 the top management comprising of up to 17 people reduced compensation and benefits valued at approximately $30 million which is roughly half of what their counterparts received.

Aramco is involved in philanthropic activities geared towards societal development and change. It takes pride in its joint corporate social responsibility program to assist students in Xiamen University who are fascinated by environmental protection, entrepreneurship, and sustainable development. The project will see students from the institution get technical and professional aid from the oil giants as it aims to spark knowledge-based innovation that provides sustainable solutions. It is deviating from the community values, as maintained by Aramco Asia chemical director.

Saudi Arabia’s Crown Prince and the chair to the Council of Economic and Development expressed his belief in steering the Kingdom to a robust economy. It is an assertive blueprint based on three pillars, the first pillar being the country’s status as the heart of both the Arabic and Muslim world. The second one is the Kingdom’s strong will to be a worldwide investment powerhouse while the last pillar is the transformation of the locale into a pivot connecting Africa, Asia, and Europe. Aramco, being a state-owned entity and headed by the Crown prince, shares the visions held by Aramco.

The company, in its effort to ensure good health for its workers and communities, partnered with John Hopkins Aramco Healthcare, an initiative that seeks to transform the healthcare sector in the Saudi Arabia Kingdom. As part of its more comprehensive programs that want to align the company’s business goals and societal impact, its partnership opens opportunities for the Saudi Arabians and the broader Aramco workforce to high-level pharmaceutical, scholarly, and research expertise by John Hopkins.

18. Lost permanent deal with the state

One of the many reasons Aramco soared to greater heights in the energy industry is its access to the state’s oil reserves. The company, in the initial agreement with the Saudi state, had access to the country’s gas and oil reserves. In a bid to prepare the company for the private sector, the full access right was revoked and sized down to 40 years. According to Business Insider, the state, however, gives the company a negotiation window to renew the contract before it expires.

The technological era poses great cyber risks to such every organization that has online operations. Aramco lies in a critical geopolitical area of interest and would no doubt be an enemy’s easy pick for a cyber-attack. Aramco made its way to the news headlines in 2012, not for its large profit margins but one of the worlds’ worst cyber-attack. The former security advisor to Aramco gave details of the occurrence during a Black Hat event in Las Vegas. She claims the hack began back in mid-2012 when an Aramco employee in the information technology team opened a scam mail, which gave the attackers a way into the company’s information system. The hackers commenced their attack strategically during the Islamic month of Ramadhan when the majority of employees were absent. The attack affected over 35,000 computers cutting off the majority of the company’s operations. A hacktivist group by the name “Cutting Sword of Justice” took responsibility for the attack.

In 2018, Aramco announced its acquisition of Saudi Basic Industries Corporation (SABIC) by buying a 70% stake of the company from the Public Investment Fund (PIF) of Saudi Arabia for $69.1 billion. The oil giant obtained the shares at 123.39 riyals per share in its efforts to expand its chemical business.