Home
Net Worth
How Arin Hanson Achieved a Net Worth of $1.5 Million
Prev Article Next Article 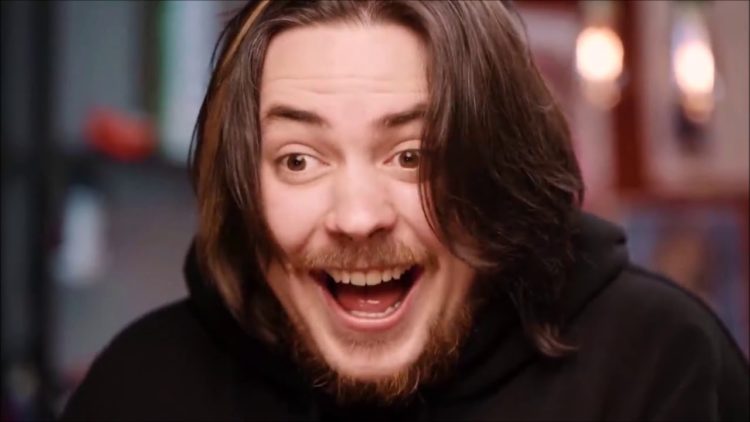 Arin Hanson is many things. He’s a YouTuber, voice actor, cartoonist, gamer, and comedian. To many, however, he’s one thing above all else: the creator and star of the YouTube Let’s Play web-series, “Game Grumps”.’’Game Grumps’, more than anything else, is what’s turned Hanson into a star. It’s also been responsible for turning him into an extremely wealthy man. Because make no mistake, that’s exactly what this 33-year-old is. According to the latest calculations. the Californian native is currently worth a whopping $1.5 million. Find out how he made it as we delve into the life, the works, and the fortune of Arin Hanson.

Hanson’s success can be traced to 2001, the year he coined the name Egoraptor and joined the online entertainment site, Newgrounds. After 4 years of hanging around the site, he finally released his first animation “Final Fantasy 7 Flash Spoof” in 2004. 2 years later, he released his first Awesome animation, “Metal Gear Awesome.” The uploads proved hugely popular with the site’s users. Encouraged by his success, Hanson started releasing more and more video game-related animations, all based around a comedic theme. At around the same time, he produced four separate animated web series for YouTube, including the wildly popular “Lemon ‘n Bill,” “Girlchan in Paradise,” and “Sequelitis.” When producers at MTV caught wind of Hanson, they decided to check out “Metal Gear Awesome” to see what all the fuss was about. Impressed, they offered him the opportunity to produce animated shorts for their online video gaming show, The G-Hole. According to famouspeopletoday.com, the offer came with several conditions. Firstly, he was restricted from publishing the animations anywhere but MTV. Secondly, the animations had to be 30 to 40 seconds long. Thirdly, they had to contain swearing. Fourthly, they had to contain violence. And lastly, they needed to be packed with profanities. He succeeded on all counts, and was soon one of the show’s most popular contributors.

After several years of success, Hanson’s popularity hit an all-time high in 2012 when he teamed up with fellow YouTuber Jon Jafari to co-host the video game based web series, “Game Grumps.” As IMDB writes, the show was an instant hit. Within just a few weeks of hitting YouTube, it had garnered a huge fan base, quickly becoming one of the channel’s most popular web series. A year later, Jafari stod down from “Game Grumps” to concentrate on his personal channel. He was swiftly replaced by Dan Avidan from the band Ninja Sex Party. Since its launch, “Game Grumps” has racked up over 5.23 million subscribers and over 5 billion total video views. It’s also spawned two video games, “Dream Daddy: A Dad Dating Simulator” and “Soviet Jump Game,” along with a teen-novel “Ghost Hunters Adventure Club and the Secret of the Grande Chateau,” a spin-off series, “Guest Grumps,” and several video games, including “Dream Daddy” and “Soviet Jump Game.”

In addition to his work in animation, Hanson has enjoyed huge success as a voice actor. In 2006, he got his first gig as the voice of Bruce Banner in the video game “Marvel: Ultimate Alliance.” He won the role after taking part in a voice acting competition held by video game publisher, Activision. Despite flying him all the way from Florida to LA to record his lines, Activision ultimately decided against using Hanson in the final edit, recasting Robin Atkin Downes in his place for reasons that still haven’t been explained. Fortunately, he’d get the opportunity to prove his talents again in the future. In the years since, he’s lent his voice to Lee McGuire’s animated short “J.I.M” on Newgrounds and to the character John Gore in the video games “Minigore” and the 2011 remake of “Death Rally.” He’s also provided the voice for multiple characters for “Target Acquired,” “Red vs. Blue,” “Cyanide & Happiness,” “Rick and Morty,” “Hex Heroes,” and “Dragon Age: Inquisition.” Since 2016, he’s been a regular feature on the Cartoon Network’s “Mighty Magiswords,” in which he provides the voice to multiple characters, and “Move or Die.”

In the last few years, Hanson has added yet another string to his bow. The first time we realized the animator could hold a tune came in 2013 when he performed the introduction to “Knight in Shining Armour” on the compilation album Clubland X-Treme Hardcore 9. That same year, he and “Game Grumps” co-host and Ninja Sex Party band member Dan Avidan teamed up with the instrumentalist Brian Wecht to form the band Starbomb. Their first album, “Starbomb,” peaked at No. 1 on the Billboard Comedy Charts. Their second album, “Player Select,” fared similarly well, reaching number 1 on the Billboard Comedy Charts and number 58 on the Billboard 200. The trio’s third album, “The TryForce,” was released in 2019, along with a bunch of new merch. It again reached number 1 in the Billboard Comedy charts. In addition to performing live with Starbomb, Hanson has also recorded a rap track, “Fat Refund,” in collaboration with several other animators and voice-over artists. He’s also provided vocals for several songs by Tupper Ware Remix Party.

In 2002, Hanson met Suzanne “Suzy” Berhow at a convention. They started dating a few years later and married in 2013 at the Natural History Museum of Los Angeles County. Berhow shares her husband’s interest in gaming, posting via the name Mortem3r to her YouTube channel, KittyKatGaming. The couple lives in Glendale, California.

There’s a reason that so many people create YouTube channels, and creativity is only part of it. YouTube pays, big time. Create the right kind of content, and the money soon starts rolling in. As looxcie.com notes, on average, people can expect to earn $300-$2000 from ad revenue for a YouTube video with about 1 million views. So far, Hanson has racked up over 475 million views on his personal channel, Egoraptor, and over 5 billion views on “Game Grumps.” You don’t have to be a math genius to understand that those kinds of viewing numbers are going to end in a very big payday. Combine that with Hanson’s income from his regular voice over gigs, the money he’s pulled in from touring and recording with Starbomb, and suddenly, the source of that $1.5 million net worth becomes a lot less mysterious.