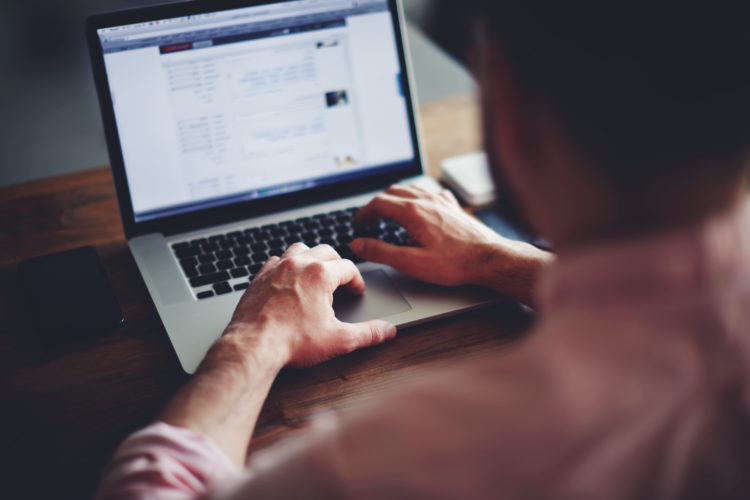 Auth0 is a company that offers developers a cloud-based identity platform by the same name. While to the layperson this may sound complicated, and it is, this is a crucial service that helps to keep us all safe when we’re browsing on the web. If you haven’t yet heard of Auth0, you’re not alone, but that is likely to change in the near future. There is a lot to know about this startup and its value in providing vital services for developers with benefits that trickle down to end-users. Here are 20 things that you didn’t know about Auth0.

Developers are charged with the tasks of providing seamless authentication and authorization of their APIs and applications. If you’re unfamiliar with these processes, these are protective measures to ensure that a website that you’re accessing with your browser is authentic and safe to access and that you are authorized to access the information. Websites that are not authenticated can be dangerous and most firewalls will prevent you from accessing them. Auth0 eliminates the friction between the authentication and authorization processes to provide a more seamless operation.

The Auth0 app makes it possible for users to sign on once to gain access to several applications that are running on a variety of different platforms. This is a bi convenience and time saver versus having to sign on with a password for every single application that is running on your system.

3. The headquarters is based in Washington State

Auth0 was founded in February of 2013 by Eugenio Pace and Matias Woloski. The headquarters is established in the city of Bellevue, Washington, USA. There is also an office located in London, England. This is an international company that works out of both the United Kingdom and the USA.

4. Auth0’s platform is optimized for most platforms

Auth0 is suitable for use by a broad range of systems and applications. It is useful for companies of all sizes from startups and small operations to larger corporations. The solution provided by Auth0 is cloud-based and it is compatible with Windows Phone 8, Android, and iOS.

5. Auth0 is a Late-Stage company

Auth0 has received 6 rounds of venture capital funding, making it a late-stage venture company. The funding kicked off with a Seed Round led by Bessemer Venture Partners that closed on September 17, 2014, raising $2.4 million in startup funding. This was followed by a Series A round led by the same firm raising $6.9 million, closing June 24, 2015. Trinity Ventures led the Series B round raising an additional $15 million in August of 2016, followed by Meritech Capital Partners leading the June 2017 fundraiser for another $30 million in the Series C round. In May of 2018 Sapphire Ventures led the Series D round raising $55 million, followed by the most recent Series E round also led by Sapphire for an additional $103 million in May of 2019. The total funding amount raised was $212.3 million.

The last round of venture capital funding was $103 million. It pushed the valuation of Auth0 over the $1 billion mark. This launched the company into the elite group of unicorn status businesses. This is quite an accomplishment for a privately owned company that has not yet filed for an Initial Public Offering.

7. Auth0 has seen an increase in monthly app downloads

In addition to the billions of monthly logins that are happening through Auth0’s platform, the company has also seen some major growth in its monthly app download statistics. Most recently, there has been an average of 1,921 monthly downloads which reflects a growth of 119.79%. There are 2 apps that are the most popular. The first is Auth0 Guardian, and Auth0 Ethereum comes in second in the ranking. The company offers several products to choose from to accommodate a diverse customer base throughout the world.

8. Auth0 has made its first acquisition

The first acquisition for Auth0 was made on March 12, 2020. It purchased a company named Apility.io. This was a strategic move to enhance the current offerings to customers through the addition of a company that provides Anti-Abuse API that is minimal and simple. The company specializes in helping clients to discover if any users within their networks are on an anti-abuse blacklist. This gives administrators useful information on how to proceed. It is just one more safeguard that allows clients to know more about the staff they employ and to determine the level of trust that should be assigned, and whether they are trustworthy enough to provide them with authentication credentials to access certain systems. This is yet one more useful service that Auth0 is integrating into the existing services and cloud-based solutions that it offers to its expanding base of clients.

9. Auth0 has expanded its services

Since it first started operation, Auth0 has come a long way. So far, the company has earned the business of over 7,000 enterprise clients. The number of logins that are currently processed through Auth0’s platform has reached 2. 5 billion each month. It works by securing the perimeter for corporate networks to prevent unauthorized logins, improper access and the data breaches that can occur as a result of these activities. The platform is at work behind the scenes keeping data safe for corporations as well as for the consumers who may have sensitive data stored within the servers of these companies.

10. It is on a positive trajectory

We were impressed to learn that customer growth has reached the level of double in its year over year analysis. The revenue has followed suit with the customer growth. In addition to that, employee numbers have also gone up in a two year period by more than half. The impetus for rapid growth has been strong venture capital funding that provided the means for expansion and growth. Auth0 is on a positive trajectory in all aspects of its existence.

11. There are plans for further international expansion

Auth0 started out with its headquarters in Bellevue, Washington, USA. It opened a second office in London, England, shortly thereafter. After the Series D funding round, its growth on the international scene continued. More offices were opened in locations around the world including one in Sydney, Australia, and another in Buenos Aires, Argentina. With a total of five international offices, Mr. Pace offered a measure of thankfulness for the support of investors who made it all possible.

We feel safe in assuming that Auth0 is gearing up for huge growth in its current workforce. We visited the company’s LinkedIn page and saw that they are currently advertising for 644 jobs within the company. Some of the most recent postings include a Backend Engineer position in New York City, a Developer Experience Engineer in New Orleans, Louisiana, a Solutions Engineer in Durham, North Carolina, and hundreds more. From the diverse locations of the jobs, it is apparent that Auth0 is expanding its operations within the United States to hundreds of locations throughout the nation. This is not only good news for the company and its investors, but it is also excellent for the national economy as more jobs are being offered.

We learned that the greatest concentration of workers for Auth0 is located in the United States with 401 so far. There are 167 staffers in the Greater Seattle Area, 31 in the San Francisco Bay area, 23 in Portland Oregon, 15 in New York City, 12 in Minneapolis-St. Paul, and 9 in the Greater Chicago, Illinois area.

14. The United Kingdom is second

Auth0 also has a strong presence in the United Kingdom. There is 69 staff working out of the country. Twenty-five Auth0 staff live in London, and the rest are scattered throughout other parts of the country.

15. Auth0 has a strong presence in the rest of the world as well

The third-largest concentration of Auth0 workers is in South America with 66 in Argentina. This is followed by 34 in Australia with 26 of them based out of Sydney, 22 in Canada, and 13 in Spain. There are also 9 Auth0 workers in the country of Japan. When we combine this information with all the new job openings that the company currently has listed, it is obvious that they are undergoing an international expansion movement.

16. Auth0 has an educated workforce

17. Auth0 is a trusted resource

Auth0 has gone the extra mile to ensure that all of its clients have access to the necessary resources that are needed. Should a problem arise or a user has a question, they provide customer support service 7 days a week and 24 hours a day. This support is provided around the clock to all users in every country that Auth0 is in service. Their services, products, and representatives speak the national languages of each country that their services are provided for. This helps to build confidence in the products and the services that are offered. Auth0 aims to serve developers to the best of their ability.

We were interested in learning more about the specific countries that are served by Auth0. Although we couldn’t locate a list of them, we did learn that they are currently active in 70 countries throughout the globe. Things got a bit technical when we delved further into the question, but we did see that in some instructions that were created for developers, in order to use the platform and install downloads, the country code is necessary to get everything going. This leads us to believe that this is a platform that is currently available in most regions of the world.

19. There are no plans for going public yet

As of this time, Auth0 has not indicated that they have any plans to take the company public. They have enjoyed solid backing from several venture capital firms that have provided ample financial backing to help the company to achieve its financial and growth objectives. While there are many who would consider this an excellent investment, it hasn’t made it to the stock exchange for public trading as of this time.

Auth0 has been enjoying a rapid rate of growth and expansion and it is likely that this trend will continue well into the future. This is a company to keep your eye on because it has the tremendous potential to become a staple within the world of technology and online communications. Although it is not yet a publicly-traded company, who knows what the future may bring. We see many good years ahead for Auth0 and fully expect it to continue its current trajectory of growth and profitability.