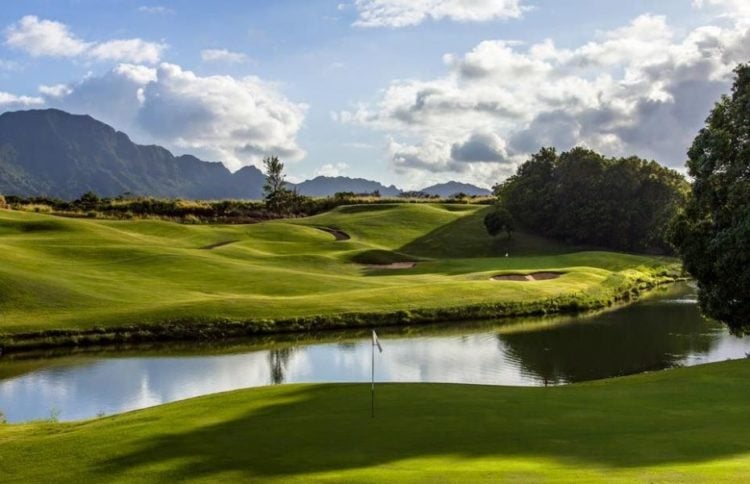 When people visit Hawaii, it is to enjoy the amazing climate, the beautiful beaches, and excellent cuisine. However, Hawaii is also a great state for playing golf, as it is home to some of the most interesting and beautiful golf courses in the United States. If you are a golf enthusiast, one of the best locations to choose is Kauai, which is an island that is also known as the Garden Isle because much of its surface is covered in tropical rainforests. Quality rather than quantity is the keyword in relation to golf courses on this island. Although there are not many from which you can choose, those on offer are top-quality. Each of them offers something different in terms of the setting, the challenges, and the overall experience. Here are the 10 best golf courses in Kauai, Hawaii. 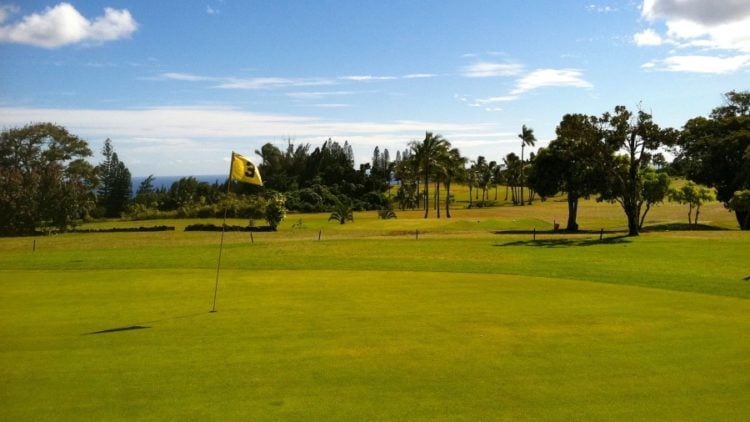 Prior to being a golf course, the piece of land where the Kukuiolono golf Course is situated was a plantation, says Go World Travel. The plantation was willed to the people of Kauai and it was then transformed into a golf course for the locals. Although it is not the most sophisticated golf course on the island in terms of its appearance, it is one of the most fun to play. Therefore, it is probably best suited to those who just want to have a pleasurable game, rather than professional golfers who take every aspect of the sport seriously. To play an 18-hole round of golf on this course, you must first play nine holes from the reds and then wither nine from the whites or nine from the blues. The second hole on the course may take you by surprise as it is almost 600-yards. One of the best features of the course is the stunning views. This course works on a trust basis. If nobody is around to take your green and cart fees, you can simply put the money in an envelope and slide it under the door. This is one of the cheapest places to enjoy a round of golf in Kauai, Hawaii. In 1997, Puakea opened as a 10-hole golf course. Although it was intended as an 18-hole golf course, the construction of the course was halted by a hurricane. In 2000, AOL founder Steve Chase purchased the land, and this rescued the golf course project. Robin Nelson, who had originally designed the course, was brought back by Chase to finish the course in the manner in which it was originally planned. Eventually, the full 18-hole golf course opened in 2003. The course starts off relatively easy for the first five holes, but then you enter the jungle and things get a little trickier. The jungle environment is also something different to what you will experience on most golf courses in other locations, so it is an interesting and unusual setting. The sixth hole is particularly challenging as golfers need to take a shot over water over a 176-yard downhill slope. Par 3 holes star throughout the day, including the 13th and 16th holes which both require different techniques to play. 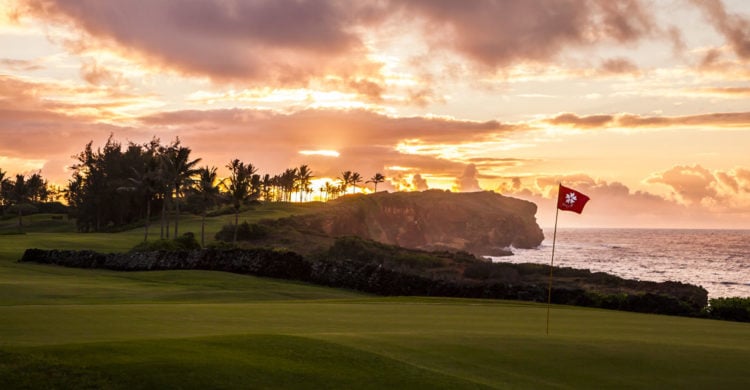 Located on the South Shore of Kauai, Poipu Bay Golf Course is set against the backdrop of the magnificent Mount Ha’upu. Between 1994 and 2006, this course hosted the PGA Grand Slam of Golf, an event in which Tiger Woods won on seven occasions. Phil Mickelson also won the event in 2004. The course was designed by Robert Trent Jr. and it is located next to the Grand Hyatt Kauai Resort & Spa. The climax of the course is the three clifftop holes that sit 150 feet above the sea. Due to the exposed location of the course, it is the windiest golf course on the island. This adds to the difficulty rating of a round of golf. In 2011, the course underwent a renovation and seashore paspalum was added to ensure year-round good conditions. The range of difficulty in the holes on this course means it is good for people who have different ability levels. Princeville Makai Golf Club’s course was originally designed in 1971 by Robert Trent Jones Jr., and it was the first course he ever designed. In 2010, the course underwent a multi-million-dollar renovation so that it could compete with the best courses in the world. The immaculate course is now covered in seashore paspalum and a new fourth set was added to extend the length by approximately 500 yards. Other elements of the renovations included reshaping the surrounding greens and creating new bunkers using white silica sand from Vietnam. The course is now an impressive sight against a stunning backdrop. The main highlight of the course is the five clifftop holes that are particularly challenging. This course is run by Troon golf. Golf Advisor says that this course is famously tough. It was originally a public golf course but then became a private golf club in 2015. However, there is some limited time set-aside for non-members, so it is possible that you can get the chance to play on the course if you are just visiting the island. According to Forbes, one of the most appealing features of this course is that it has the longest contiguous stretch of oceanfront holes of any course in Hawaii. The Ocean Course at Holuala was originally designed by Jack Nicklaus, although it has since evolved and is now a dramatic 18-hole loop. After the back nine holes were revived in 2011, Jack Nicklaus debuted that section of the course. At many points along the course, you are treated to spectacular ocean views, and you can see important landmarks, such as the lighthouse of Kalapaki Bay. The back nine holes are particularly challenging and even include an island green. However, the front nine also pose a range of interesting challenges for players.