The Infiniti Q70 is an automobile that usually gets the attention of most individuals as soon as they see it. It has aerodynamic lines that allow it to look both fast and luxurious at the same time. Most people are actually surprised to learn that the car is produced by a luxury division of Nissan. As a matter of fact, most people have the misconception that Infinity is a brand in and of itself. In reality, it’s a way for Nissan to market certain high-end automobiles for a higher price, something that they didn’t think they would be able to do with a standard Nissan because that particular brand is built on economy.

The first Infiniti Q70s were actually called M models and were produced in 2012 overseas. It wasn’t until 2014 that the first model started showing up in the United States, by which time all of the cars had been renamed Q70s. Below is a list of five of the best year models involving this particular car. 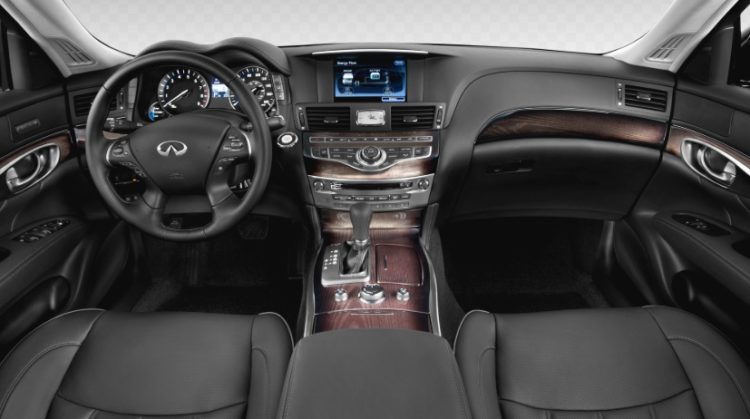 This is somewhat misleading, as this car didn’t even exist in the United States for the 2012 model year, nor was it referred to as a Q70. As previously mentioned, the cars in this line were at the time referred to as M models. However, it would be a mistake not to include this car because this is in fact the first year that this particular model of automobile was made. Although it was only available overseas, it paved the way for the Infiniti Q70 that would eventually be sold in the United States, a car that has become enormously popular with buyers. This car had everything most drivers could want when it came to looks, but it also had a lot more than a pretty face. The four-door luxury sedan was indeed the epitome of luxury, and it also was capable of performing with the best automobiles in its class. One of the things that made this car truly stand out was the fact that the automaker decided to provide customers with plenty of options. This car was based on the Nissan Fuga body and came with a choice of four different engines. There was a 2.5 liter V6, a 3.7 liter V6, A 5.6 liter V8 and even a 3.5 liter V6 hybrid. Obviously, the manufacturer wanted to give customers as many options as possible. The car also featured either rear-wheel drive or all-wheel drive, depending on the customer’s choice. 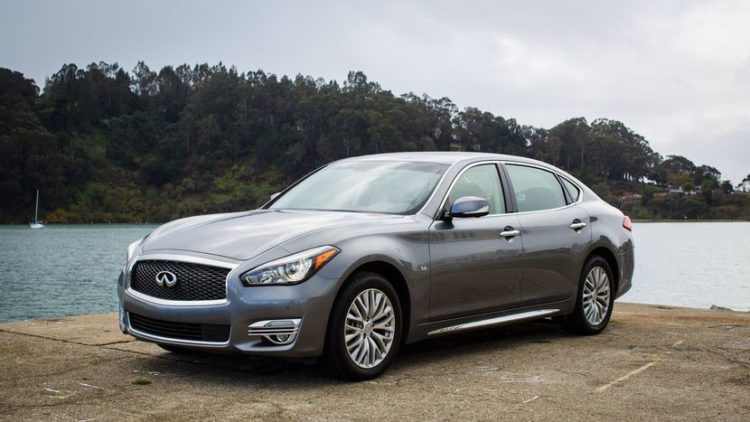 From 2015 on, the automobile was based on the Nissan Cima. It featured several upgrades, including an entertainment system placed in the rear of the automobile, doors and a trunk that closed using electromagnetic technology, leather seats and an updated interior. Everything about the car was given a facelift so that from bumper to bumper, the car looked just a little more sophisticated, both inside and outside. Safety had also became a major concern, as the car featured an advanced collision warning system, a rear backup camera, and a separate camera that allowed drivers to see a 360 degree view around the car. The car was also given an upgrade to its handling capabilities, resulting in superior drivability. This is considered by some to be one of the most important model years for the Infiniti Q70, largely because the car underwent a fairly major redesign during that time. It was given a new grille, alloy wheels, and an emergency braking system that would allow the car to automatically brake if a hazard was detected, even if braking was not immediately initiated by the driver. This eventually became one of the most important safety systems available on the car. This car seems to have it all. It features all of the most recent upgrades as far as safety features are concerned, many of them made popular on both the 2014 and 2015 models. The major difference for the 2018 model is that the existing technology has been upgraded to reflect the most recent technology available. The car also sports a slightly sleeker look, seats that recline, and improved suspension. You might say that for this particular model year, a near-perfect automobile has been tweaked ever so slightly in order to make small improvements on something that was already considered at the top of its class.