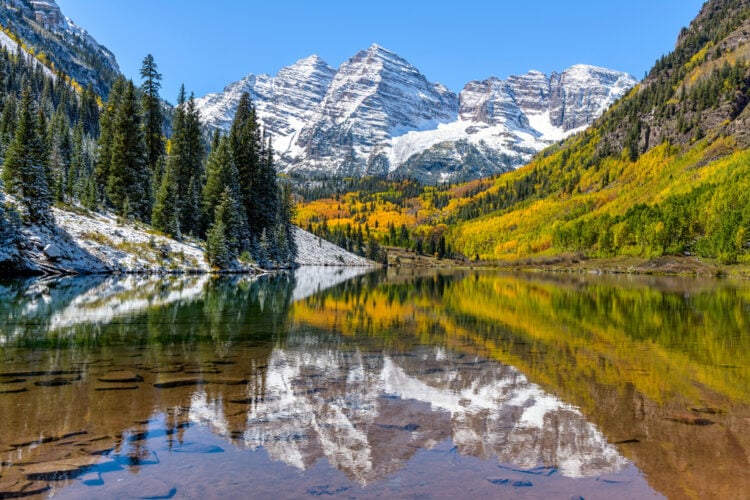 Colorado is a state that is known and loved for its beautiful landscape and numerous vacation resorts for those who prefer the outdoors. It’s home to numerous ski resorts for winter recreation, but it also has some of the most amazing mountains in the nation. If you’re a mountaineer, you’ll find some of the best peaks to conquer in Colorado. Whether you’re a beginner, just learning the basics of mountain climbing, or a seasoned professional, here are ten of the best mountains to climb in Colorado.

Gear Junkie suggests climbing Huron Peak. It’s located in the Rockies towering over the Sawatch Peaks and Hope Pass in the distance. Huron Peak offers spectacular views of the surrounding mountains at the summit. It’s a favorite in the fall because of the spectacular colors of the leaves after the first few touches of frost turn the leaves into brilliant golds, yellows, reds, and oranges. Huron peak is accessed at the South Winfield Trailhead and Clear Creek. It’s off of US Highway 24 on Chaffee County 390, 20 miles south of Leadville with Buena Vista the closest city at 14.5 miles from the beginning of the trailhead. Huron Peak is a class 2 climb at 14,003 feet at the summit. It’s traversed by photographers who love the views of the surrounding mountains. The trail offers some moderately easy scrambles with one of the less difficult trails to the summit.

Uncompahgre Peak has the shape of a sinking ship. It draws climbers from around the world to see the glorious views of rolling green grass fields beneath the summit and the lovely wildflowers. The peak is in the San Juan mountain range which gets more rain than most of Colorado’s other mountains. The trail that leads to its 14,309-foot summit leads climbers through long meadows with a few corridors with easy scrambles. The peak delivers views of Wetterhorn Peak in the distance with its bronze and yellow stripes that are like a relief cut into the landscape. The hiking trail to the summit is a class 2 that offers some of the most colorful scenery in all of Colorado’s mountains from the spring through the fall.

Pyramid Peak is 13-miles from the city of Aspen, Colorado. It’s rated as a class 3 to 4 climb with the high point at the summit reaching 14,018 feet. The wildlife at that elevation is predominantly mountain goats and you’re likely to see one or more on your climb. Pyramid Peak offers a safer climb than its neighbors North and South Maroon Peaks with their crumbly rocks. Pyramid Peak has its share of sliders but it’s more stable and solid in most places, offering a solid scramble to the summit. The path minimizes exposure except for a few spots that inspire thoughtfulness. It offers plenty of footholds and handholds on the way up to the top. You’ll get a workout scaling to the peak with this trail that is recommended for skilled mountaineers.

Trek Baron suggests Mount Ebert for mountaineers who enjoy a challenging climb. The summit towers at 14,400 feet in elevation. It’s one of the tallest mountains in Colorado. Mount Ebert’s summit offers the ideal place for adventurous mountaineers. It’s one of the most popular peaks in the San Isabel National Forest, not far from Leadville, Colorado in the Rocky Mountain range. The weather is one of the highest concerns as it varies greatly from one day to another. Snow is possible during all seasons, but thunderstorms and hail are also constant threats. The mountain has three routes to the summit for climbers, ranging in difficulty. The east route is the Colorado Trail with a 4.6-mile duration with an elevation rise of 4,5000 feet. The South Ebert Trail is 5.5 miles in duration but less steep. The Black Cloud trail is 5.5 miles with steep terrain and the highest difficulty recommended for seasoned mountaineers. The other two trails to the summit can be climbed by mountaineers of all skill levels.

San Luis Peak is near the city of Creede, in the Rocky Mountain range. It’s a part of the La Garita Mountains and remains the highest peak in the area with an elevation of 14,022 feet. It’s in the Gunnison National Forest in Saguache Country. It’s a lone peak surrounded by wilderness for the ten-mile distance to Creede. The views from the summit are spectacular in the spring and summer with flower-covered plains and lively creeks flowing nearby. San Luis Peak is a place where everyone can find a suitable trail. There are plenty of them with easy trails, that are more like a hike until you reach the last leg of the journey to the summit. from that point forward, the difficulty of the climb is medium. Expert climbers recommend the East Flank and South Ridge paths to the top. You can camp near the mountain’s base or hole up in Gunnison a few miles away.

Capitol Peak offers hikers and mountaineers beautiful scenery and a long trek to the summit. The trail that leads to the top is a 15.1-mile journey up and back down the same way. Hikers marvel at views of the lake and forests below. The summit is 14,137 high. It is a part of the Elk Mountain Range. This climb is recommended for experienced hikers and climbers with a reserve of strength and stamina. Although parts of the trail are gentle and stable, it’s a long trek. Some mountaineers take their dogs along for company.

Summit Post suggests climbing Longs Peak for the best choice of routes and paths to its summit. It towers at an elevation of 14,255 feet above sea level. Mountaineers who crave a challenge can choose from more technical summit routes. Some are Keyhole Ridge, the North face, or Kiener’s. The Casual Route is another choice, along with The Keyhole with its easier climbs. The trail to the top is long, treacherous, dangerous, and exposed. It’s not a challenge for inexperienced climbers because of the danger factor.

Crestone Peak is near the town of Crestone Needle in Saguache County and Custer Country. The peak is 14,294 feet above sea level. It’s one of the most challenging mountains to climb in Colorado. It’s also among the most popular with seasoned mountaineers. All routes to the summit are challenging, but the victory comes when you reach the top to view the picturesque scenery of the mountains, trees, and other wonders below. It’s not a peak for beginners to attempt unless taken with a professional guide.

Mount Massive towers 14,421 feet above sea level. It’s the second-tallest peak in Colorado. All of the routes are Class 3 and below. You can choose from several trails that lead to the summit. Mount Massive is a sub-range that goes on for miles. It has multiple points over 14,000 feet.

Pikes Peak is a popular place for mountaineers, but it also attracts visitors for its historical status as an icon. Climbers can get transported to the summit via a cog railway. There is also a road you can drive to the top of the peak. It’s where the song “America The Beautiful” was composed. Routes to the top of Pikes Peak are easy enough for mountaineers or hikers of any skill level. It’s 14,110 feet at the summit, which doesn’t offer a spectacular difference from the surrounding landscape. The entire area is tall. It doesn’t hold a lot of challenges for those who are fit and have enough stamina for a long hike, but the view is nice. 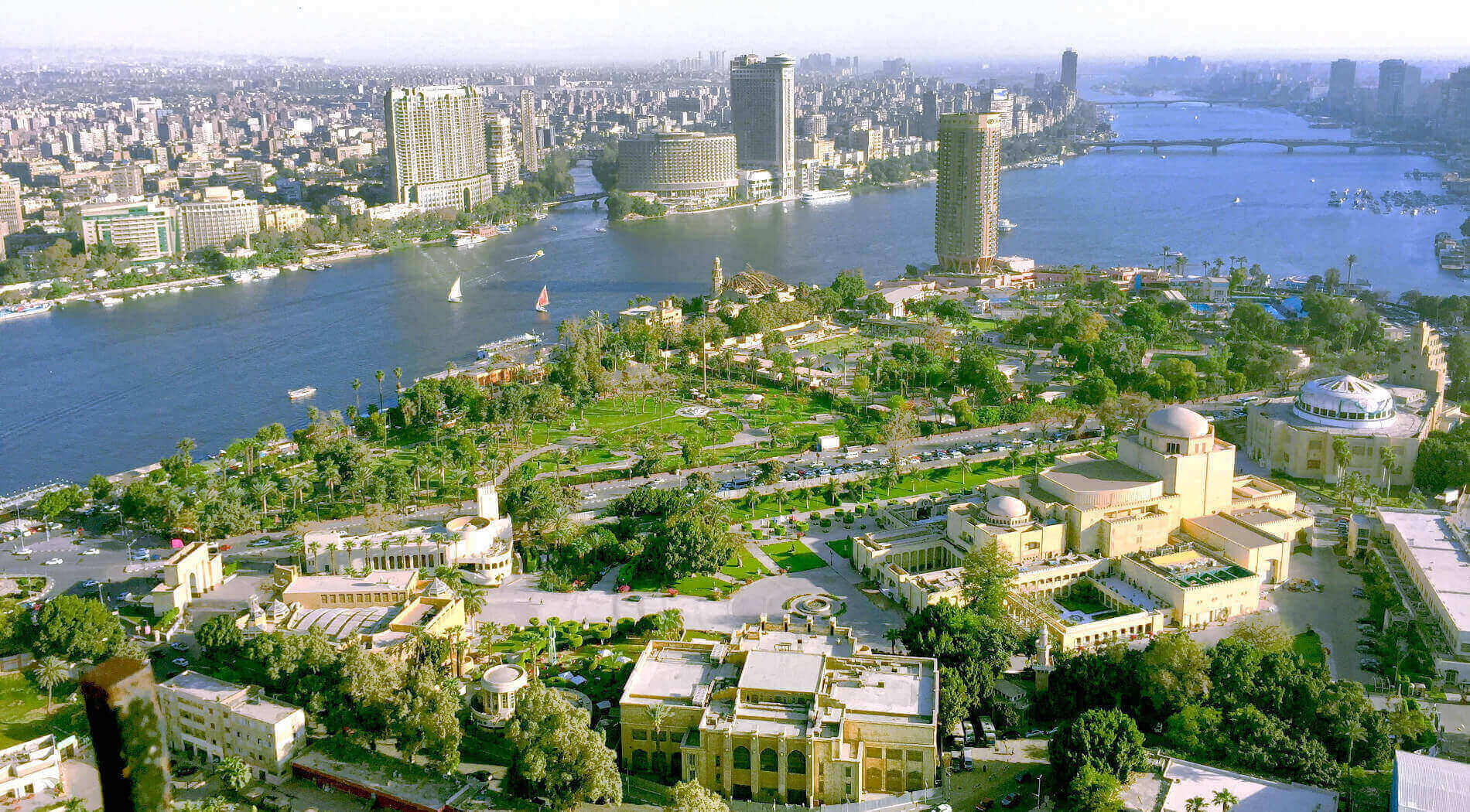 One of the greatest hazards to the planet and for human health is air pollution. It’s caused by the mass amounts of carbon dioxide released into the air from automobiles, factories, refineries, air traffic, ships… 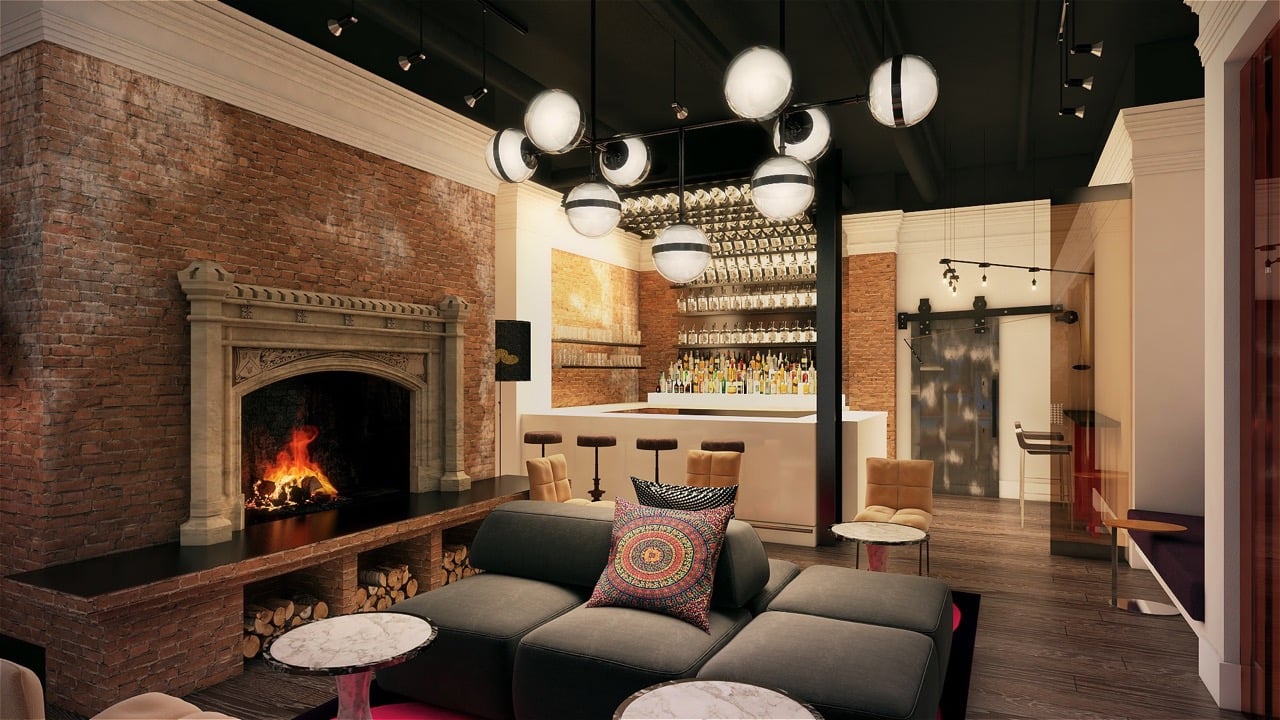 For centuries, the city of San Francisco, California has been a sought after tourist destination. Innovative corporations like Twitter, Yelp, Adobe and Uber transformed a quaint hippie city into a hipster paradise. Whether traveling for… 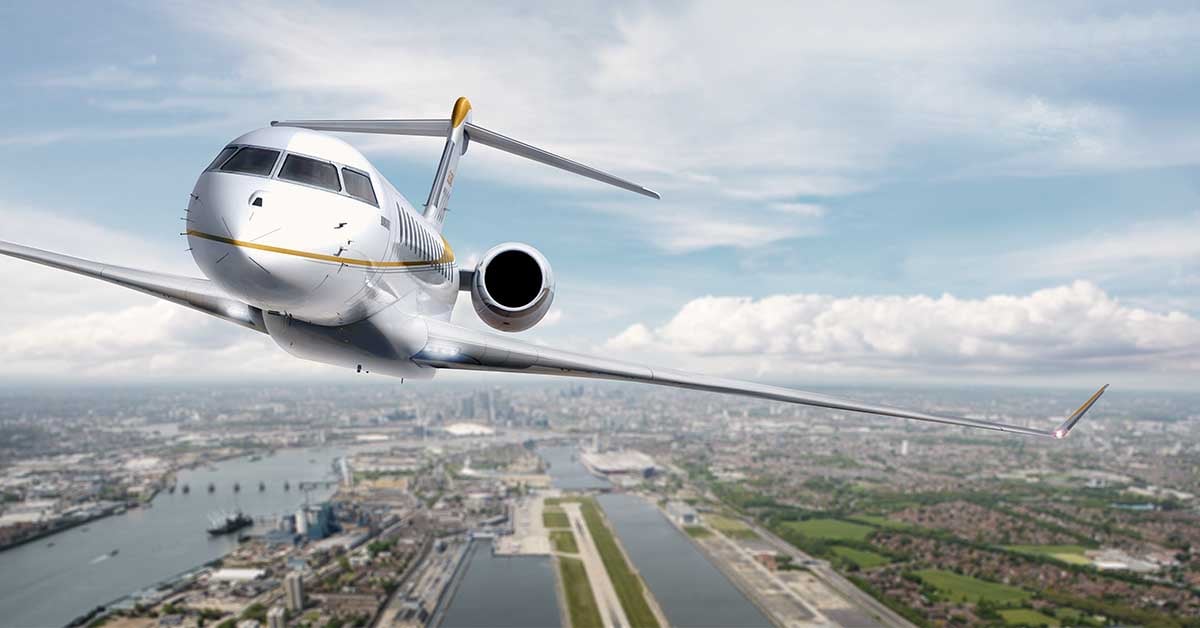 When you think of business jets, you probably think of a Falcon or maybe a Learjet. Perhaps you don’t really know the names of these aircraft, yet you think of a relatively small aircraft when… 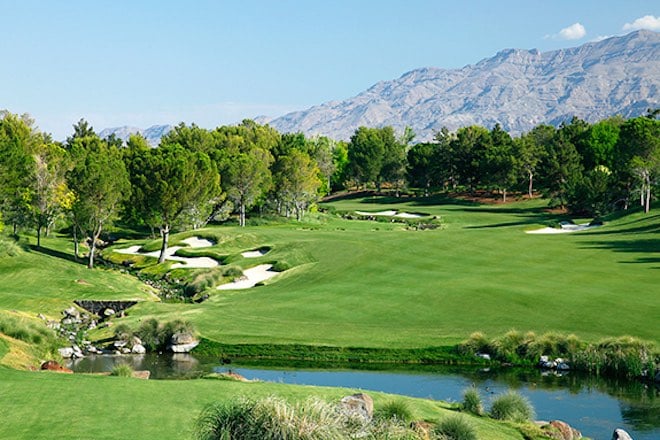 Golfers who enjoy traveling are always on the lookout for the best courses to play. While there are thousands of venues within the United States, some stand out among the crowd and what determines the… 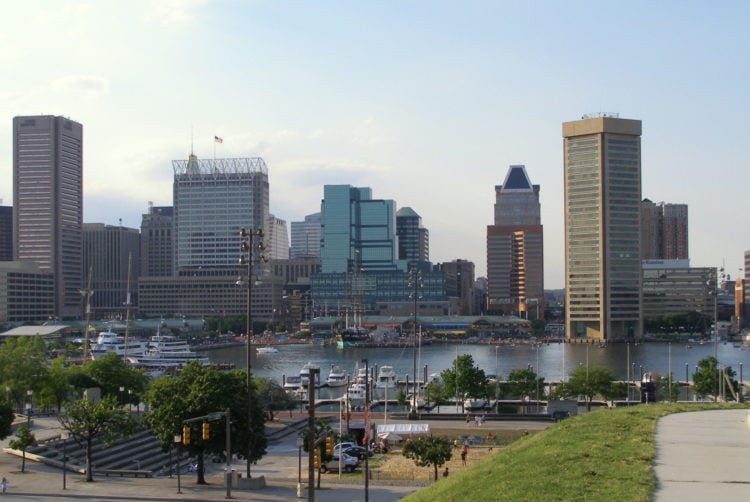 If you are planning to take a vacation in Baltimore for the first time, then you will probably want to plan some aspects of your trip before you arrive. As this is the largest city… 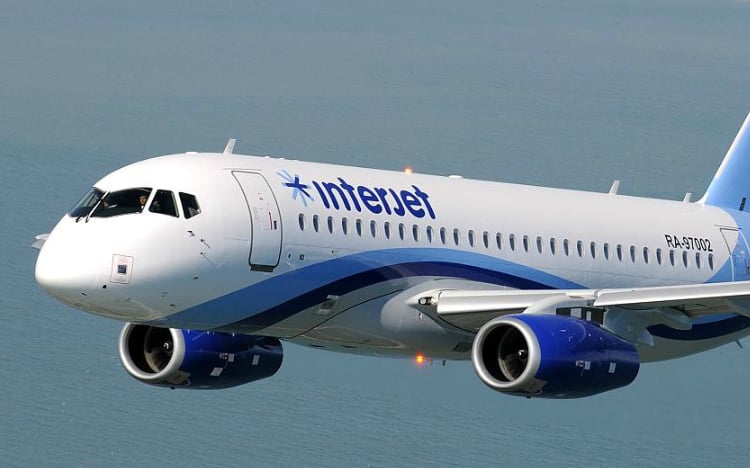 Have you ever heard of the company called Interjet? If you haven’t, you’re certainly not the first person that would say no. As a matter of fact, there are a lot of people that haven’t…