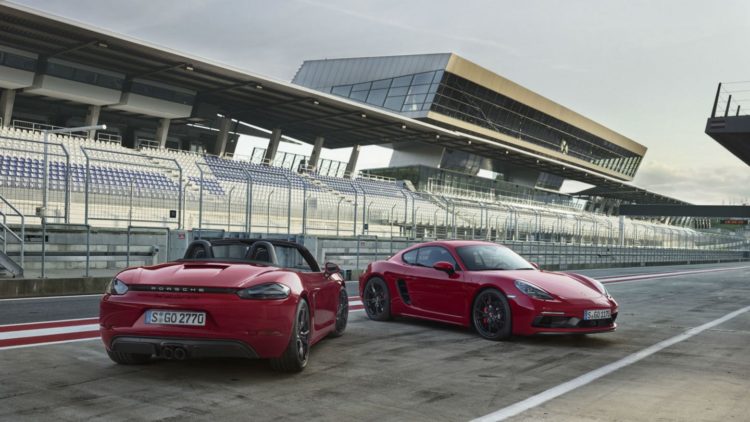 In the sports car manufacturing industry of Germany, Porsche is one machine that is always blowing the customers’ mind. As the company continues assembling new vehicles, there are more advancements in terms of the shapes and engines. It is quite hard to say which model of Porsche Cayman is the best. With every move, the manufacturers come up with a brand that you will find yourself loving even more. One common thing with the vehicles is their high speed. It will be hard to say which model will please you since they all have features that make them excellent. Nevertheless, we have managed to look into different models, and the list below compiles the best Porsche Cayman models of all time. The 2008 Porsche Cayman is one model that you will find easy to drive because of the sharp brake and steering response. It is easy for a seasoned driver to operate this model since they will not have to strain. The interior of the car is worth spending your dollars on since the seats offer incredible comfort. However, the interior can be noisy while driving, which is such a disturbance and trying to listen to your favorite tunes. According to The Car Connection, 2008 Porsche Cayman has not been tested for a crash but has anti-lock brakes and airbags. The 2007 Porsche Cayman is cheaper compared to other models as it goes for $59,695. With the lower price and improved features, it attracted loads of customers. The engine of 2007 Porsche Cayman is placed at the middle to enhance stability when the car is moving at high speed. It has excellent shock absorbers, and hence remains comfortable even when one is navigating rough roads at high speed. When the company was trying to come up with a model that had a higher speed, the 2011 Porsche Cayman ended up being the result. According to Top Speed, the model is among the top performers since it has more features that were not available in the previous versions. It is a very luxurious sports car that will never disappoint you when you use it for racing. Most people love this model because of the size and torsional rigidity. Handling the vehicle, however, seems a bit expensive because it needs frequent servicing. When compared to the previous models, there were no significant changes in the 2010 Porsche Cayman R. It is one of the affordable Porsches that you will find in the market. It has a lightweight body that makes it more streamlined. One good thing with the interior is the comfortable and luxurious leather seats. With the sleek shape, it remains the ideal car for racing. It uses unleaded premium for fuel. At some point, Porches were not doing well in the market, and the company finally came up with the 2009 Porsche Cayman in an attempt to regain their lost glory. The car never disappointed the company since many people fell in love with it and its performance in the market improved significantly. It gave the company a chance to breathe again. It has a touch-screen multimedia system in its interior, and most of the products used in manufacturing it are of high quality. The only drawback is that it is expensive compared to the other models. 2006 Porsche Cayman is a stand-alone model when it comes to price and performance. Its features are close to that of Porsche 911 and Boxster S, but it remains more expensive than these two models. It has extra stiffness that makes the steering easy to operate, making it easy to switch directions. Many people find it hard to go for this model since they can save some money after buying similar, cheaper models. 2006 Porsche Cayman is perfect for sports, but the price could be limiting to most prospective buyers.

Cayman Black edition is known for having unique features than the other models. The interior has partial-leather seats, and its mirrors dim automatically. The price of this model stands at $68,450, which is relatively high compared to other vehicles having such features. Unforty7unately, the model was limited to only 500, according to AutoBlog. The lucky buyers got to enjoy the enhanced output of 10hp boost, infotainment package, among other improved features. With the arrival of Porsche 981 Cayman in 2012, it became one model to benchmark. Its overall weight is reduced, and it has a fuller track and a longer wheelbase. It made more sales in the market when the company released it as the firm continued to outdo itself. Porsche Cayman GTS is one model that has bigger wheels than the other versions of Porsches. Considering the size, Cayman GTS is small and light compared to other models. Its use is however limited to tarmacked and other developed roads. According to Top Gear, developers are still working to ensure that this car is improved. We all love what is new in the market, and this makes the latest model of Porsche Cayman the first in the list. Porsche 718 Cayman GT4 is the best Porsche Cayman model that you can wish to have in your collection. It is an impressive vehicle that is more advanced when it comes to technology. It has high performance and can do many things that others cannot. It has two electric motors that give it additional power compared to other vehicles. The vehicle remains the third fastest car on the roads today. This vehicle remains one of the best when it comes to racing, considering the engine and the shape of the model. With the use of expensive parts in assembling it, the manufacturer set the price of the model high. According to Driving, the car goes for a whopping £75,348.