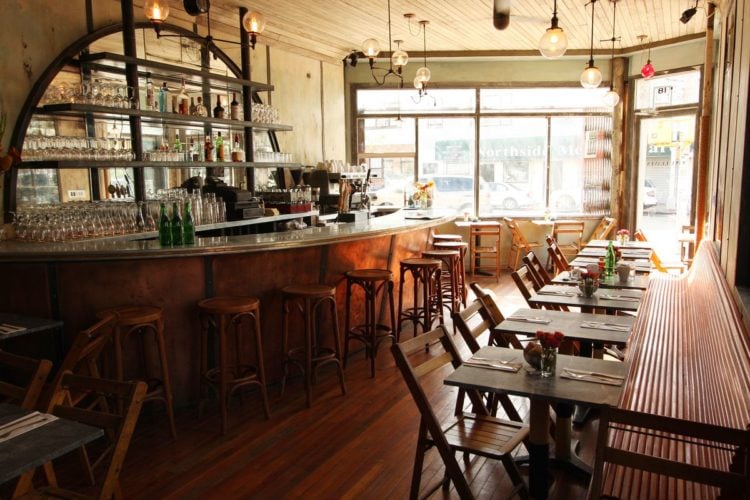 Brooklyn, New York’s once industrial neighborhoods have been gentrified over the past decade and are now home to artists, designers, hipsters and celebrities. The bustling neighborhoods of Williamsburg, Greenpoint and Bushwick are filled with action day and night. Called the “Epicurian triangle”, the neighborhoods are home to some of the best restaurants in New York City. 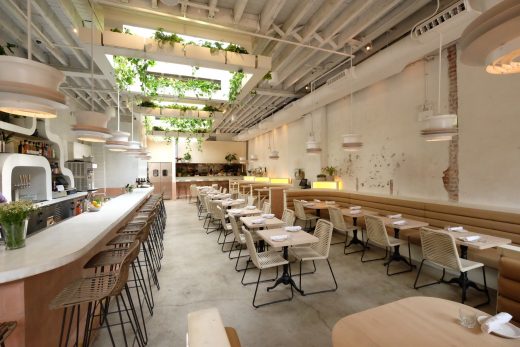 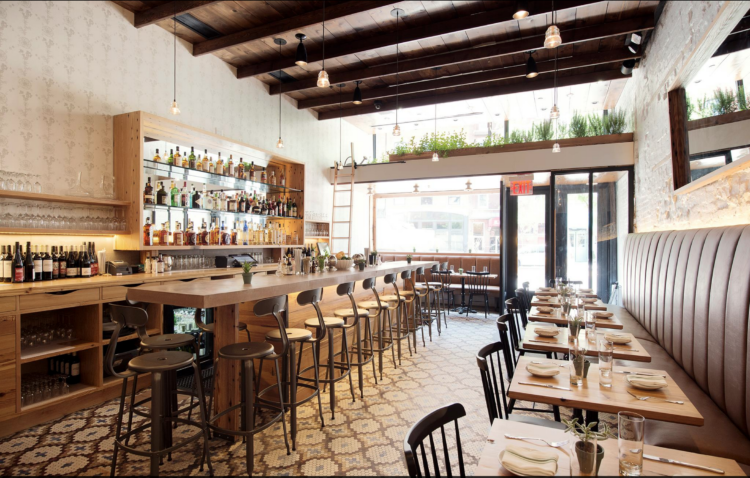 Chef Polo Dobkin and his wife Stephanie Lempert opened Meadowstreet on Broadway near Bedford Avenue in 2014. The popular spot features a contemporary American menu and fresh ingredients. An herb garden hangs above the dining area and the kitchen uses produce grown at Chef Dobkin and Lempert’s upstate New York farm. The menu features seafood, beef, poultry, small portions, a 5 course tasting menu and delicious desserts. Chef Dobkin trained at the French Culinary Institute and worked as a chef at Gramercy Tavern, The Screening Room and The Dressler. Meadowstreet is located at the sight of the former Dressler. The décor is light and airy featuring white washed Kentucky pine. 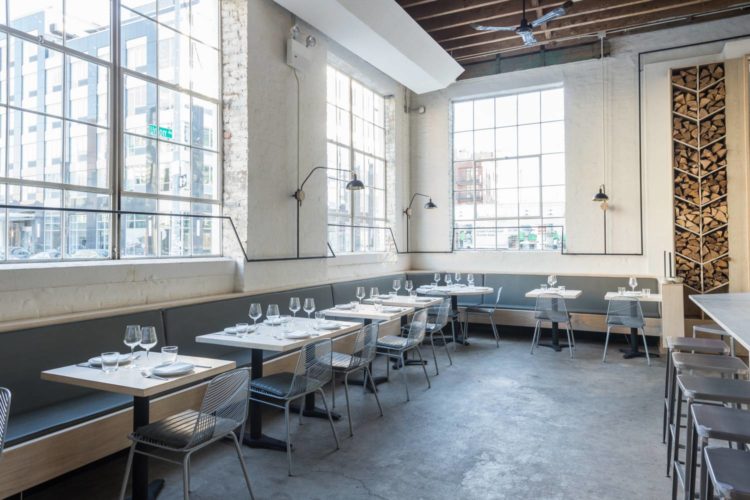 Five Leaves opened on Bedford Avenue in the newly trendy Greenpoint neighborhood in 2008. The restaurant was backed by Heath Ledger. The corner café vibe instantly became a hipster hangout and remains a popular mainstay in Brooklyn for brunch and dinner. The atmosphere is relaxed, and the menu is a combination of Australian surf, Parisian bistro, Eastern and American dishes. The signature appetizer is Devils on Horseback, bacon wrapped medjool dates with habanero vincotta and almonds. Brunch includes Moroccan scramble and ricotta pancakes. 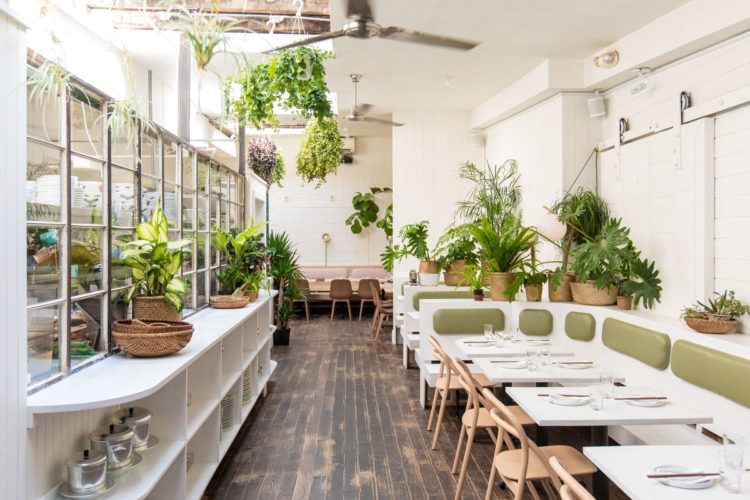 Di An Di is Brooklyn’s most popular Vietnamese restaurant. Located in Greenpoint, the owners, Kim Huang, Tuan Bui and Chef Dennis Ngo, have created a comfortable place to dine and indulge on traditional Vietnamese cuisine. The menu features Pho, a variety of noodle soups and rolls, and shared plates. The contemporary décor was designed by Huy Bui. Di An Di features three rooms transitioned with custom banquets lining the walls. The banquet seating includes white wood and a distressed timber floor. Di An Di is filled with plants that provide an airy tropical theme. 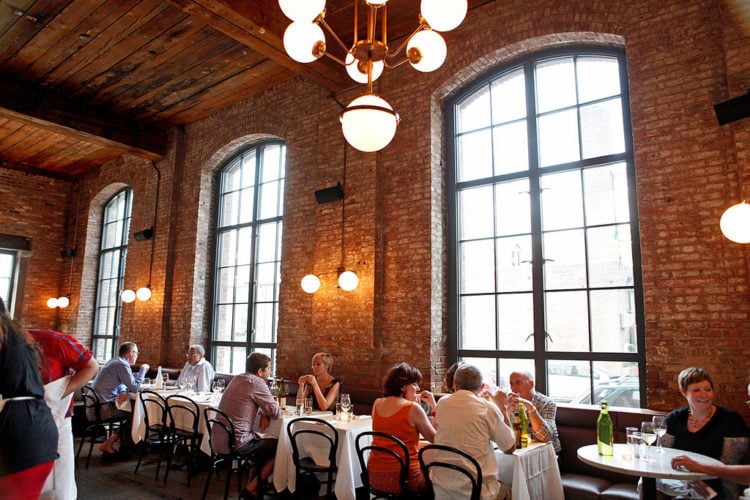 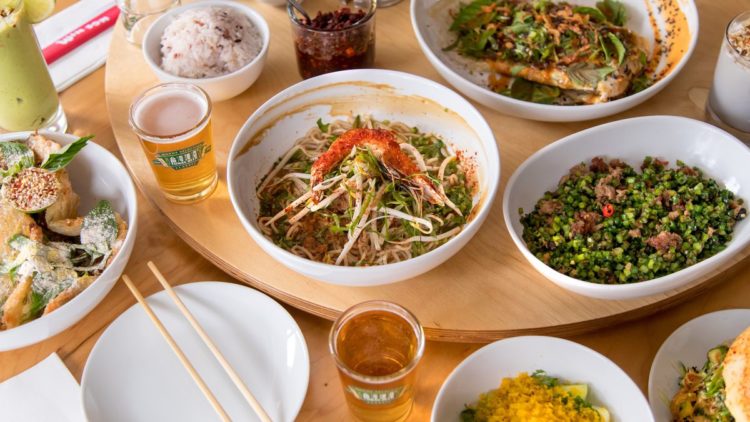 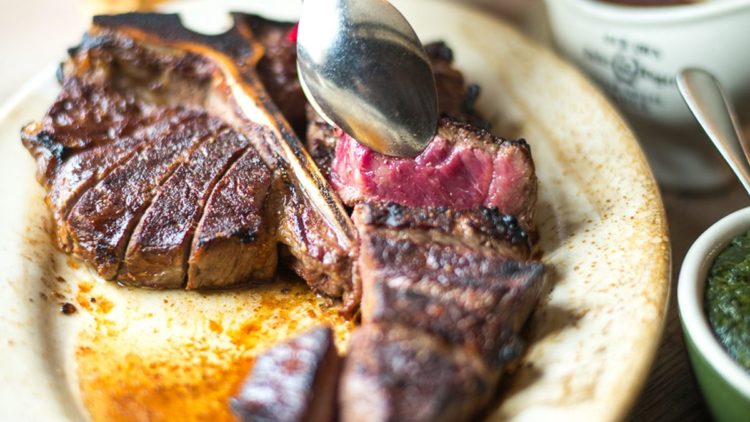 Peter Lugar Steakhouse has a long history and remains a staple of Brooklyn. Peter Lugar opened Carl Lugar’s Café in honor of his uncle on the sight in the late nineteenth century. When Peter passed away in the 1950’s, businessman Sol Forman bought the restaurant, a favorite lunch spot and maintained the restaurant’s popularity while tuning it into a popular steakhouse. Peter Lugar Steakhouse remains in the Forman family. The traditional steakhouse menu includes appetizers, salads, desserts, steaks, lamb, burgers and more. The prime steaks are dry aged on site, and the restaurant offers a tour of the Dry Aged room. Known for its great service, the atmosphere is traditional and comfortable. The décor features elegant chandeliers with wood beams and floor and brass accents. 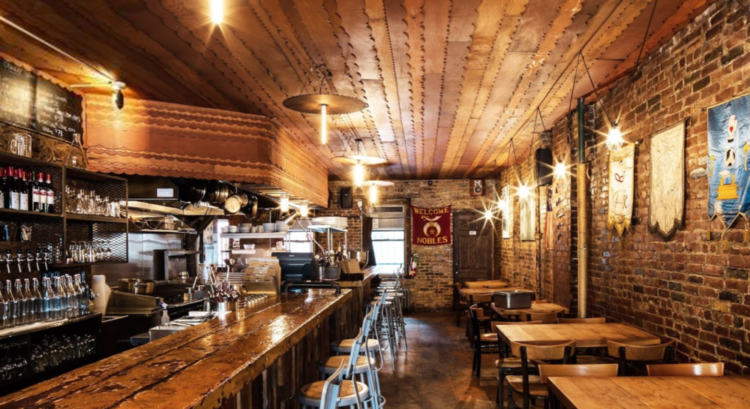 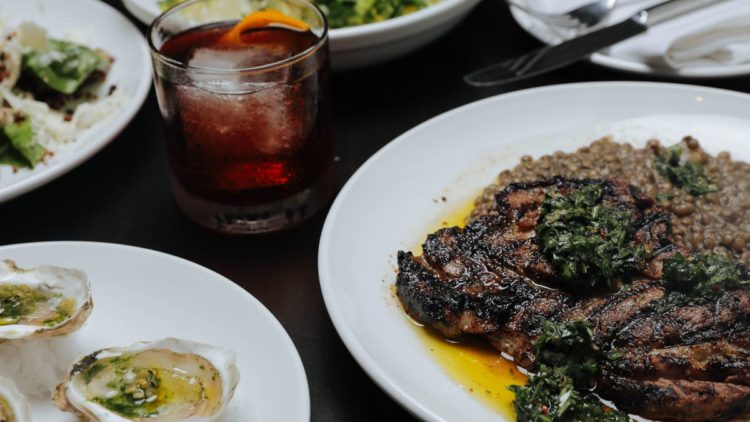 Brooklyn’s Chez Ma Tante is a unique neighborhood restaurant that serves French and English inspired dishes in a simple style. The restaurant is owned by Canadian Aiden O’Neal and New Yorker Jake Leiber who were inspired to name it Chez Ma Tante after the renown Montreal Hot Dog and French Fry spot. The feel of Chez Ma Tante is like a pub, bistro and café. The menu includes appetizers like chips with garlicky aioli, starters like Pig’s head terrine with ravigote sauce and meals like sirloin steak with gorgonzola and beets, falafel with hummus and cucumber, and fennel sausage with butter beans and mushrooms. The desert menu includes chocolate cake and apple sorbet with Polish vodka. Along with wine and beer, the bar serves classic cocktails. 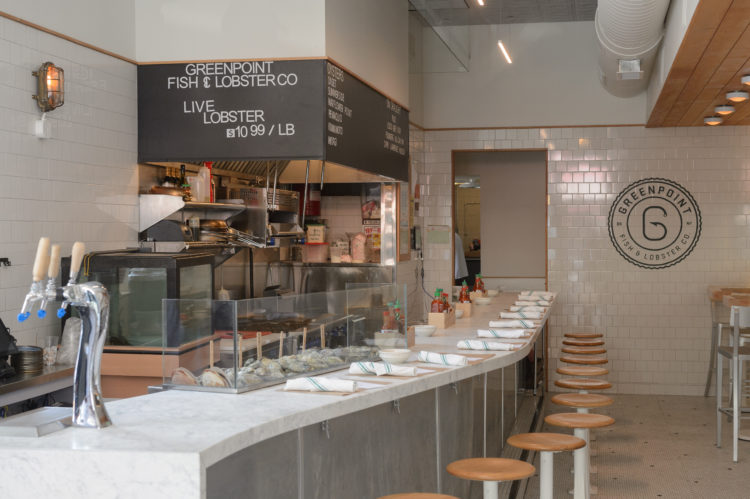