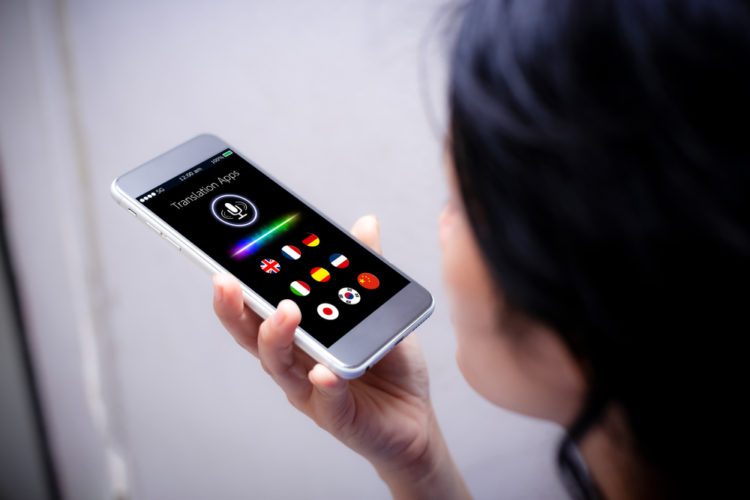 Useful though it can be to speak a variety of different languages, not everyone has the time, the patience, or the aptitude to learn a foreign language. Fortunately, that doesn’t mean you’ll be at a loss for words on your next trip abroad. A translation app can quickly and easily help you translate words, phrases, and expressions into English, making it easy for you to both understand and be understood, regardless of where in the world you are. Here, we take a look at 10 of the best translation apps on the market.

If you want an app that will read back your translations aloud, Clear Translation makes an excellent option. The interface is easy to use, while the option to have translation texts sent via email is an excellent function to have at your disposal. The number of languages covered isn’t quite as extensive as some of the other apps on our list, but causal travelers will find little to complain about.

For travelers looking for a translation app that specializes in Asian languages, Papago is hard to fault. Translate quickly and easily between English and Korean, Japanese, Chinese, Indonesian, Vietnamese and Thai. Translations from Russian, German, Italian, and Spanish into English are also available. As well as offering photo translation, the app can translate handwriting – something that’s not always offered, but which is an incredibly convenient feature to have at your disposal. Papago can be downloaded for free from iTunes and Google Play.

Microsoft Translate lets you translate text, conversations, and photographs in over 60 languages. The option to connect your device with up to 100 other users for multi-language translation is a particularly handy option for business users. The app can be downloaded for free from iTunes and Google Play.

If you’re looking for a quick, simple language translator, iHandy is, as the title suggests, a very handy app to have at your disposal. The interface is simple to use and very much like the Goggle translate function you can use on a PC – simply select the relevant language from one of the two drop-down menus, type in the word you want to translate, press the squiggle, and the translation will instantly appear. Additional features include the option to share translations with friends via Twitter and Facebook, along with a saved search history to check back on previous translations.

If you’re looking for an app that offers excellent photo translation for anything written in Japanese, Chinese or Korean, Waygo makes an excellent option. Simply point your phone camera in the direction of the text to be translated and the English version will appear instantly. You also have the option of bookmarking the translation so you can refer back to it later. For added convenience, a horizontal view is offered to allow for longer translations. Although it’s currently limited to Japanese, Chinese or Korean, other languages, including French and Spanish, are expected shortly.

If you want an app that specializes in translating conversations, Speak & Translate fits the brief nicely. Sleek and easy to use, it covers 117 languages for text translation and an impressive 54 languages for speech translations. Handy features include a choice between male and female voices and the option to speed up and slow down the pace at which the translated text is read aloud. You can also access your translation history. The ad-supported free version is ideal for casual travelers, but if you don’t mind splashing out on the premium version ($5.99 per month / $59.99 per year), you can expect the additional benefit of offline translation in ten languages, no ads, and no limit on daily translations.

Recommended by toomanyadapters.com as one of the best conversation translation apps available, SayHi facilitates communication between people who don’t speak the same language by allowing you to record and translate conversations into any one of the 90 covered languages. You can select whether you’d like the translation to be read in a male or female voice, as well as adjust the speed according to preference. The lack of offline access is frustrating, but considering its robust support for regional language variations, optional educational tools, and ease of use, this is an excellent free tool for travelers.

Named as one of the best translation apps available by biggietips.com, TripLingo is an excellent tool for travelers to have in their arsenal. In addition to instantly translating speech, it can even connect the user to a live translator for an extra fee so they can learn more about the local language and customs. Unlike many translation apps, it can cope with slang and casual expressions as well as formal phrases, resulting in more accurate, sophisticated translations. Instructional phrasebooks and audio lessons are also available. A free version is available, but as it only comes with 20 phrases per language, it’s worth stumping up for the paid version.

Easily one of the most well-known and widely used travel apps on the market, Google Translate allows users to translate a typed word or phrase into 108 languages online, and 59 languages offline. Camera translation is also available in 90 languages, while two-way instant speech translation is available in 43 languages. Easy to use and available for free on iTunes and Google Play, it’s an excellent app for travelers. Just be aware that it struggles to understand colloquial expressions and phrasal verbs, occasionally resulting in confusing translations.

As thepointsguy.com says, iTranslate has almost 350,000 ratings on both iTunes and Google Play — most of them with four and five stars. As well as translating speech and typed words and phrases, the app can also slow and speed up audio playback to help ensure you master the pronunciation. The option to save translations for future reference is particularly convenient, effectively allowing you to create your own phrasebook. A basic app is available with translations of predefined phrases on over 100 languages, but it’s worth upgrading to the pro version at $5.99 per month (or $49.99 for a yearly subscription) for the additional features, which include camera translation, voice-to-voice conversation, website translation, and more besides.