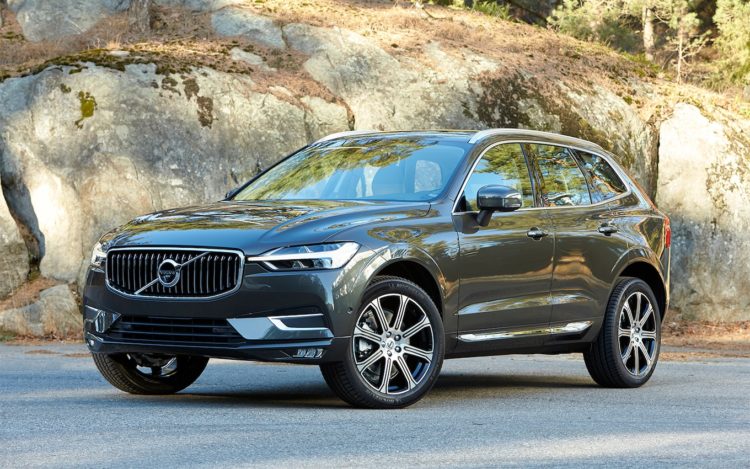 Volvo has long held the reputation of being one of the safest cars on the market. This is founded in a dedication from Volvo to produce not only the highest-quality SUVs, but the safest ones as well. The company recently stated a new goal that included no person being seriously hurt or killed by their new 2020 line of vehicles. This fantastic result would a triumph of safety involving both standard mechanics and AI self-driving capabilities. It is good that Volvo continues to set the standard for what a safe SUV should look like. As the company raises the standard for what is expected by consumers, the SUV market will only continue to grow safer and more secure. It is possible that Volvo will continue to increase its share the SUV market and with goals like this it is not hard to see why. The following list is the 10 best Volvo SUVs ever created. With innovation like this it is not hard to see that Volvo will be on top for the foreseeable future. 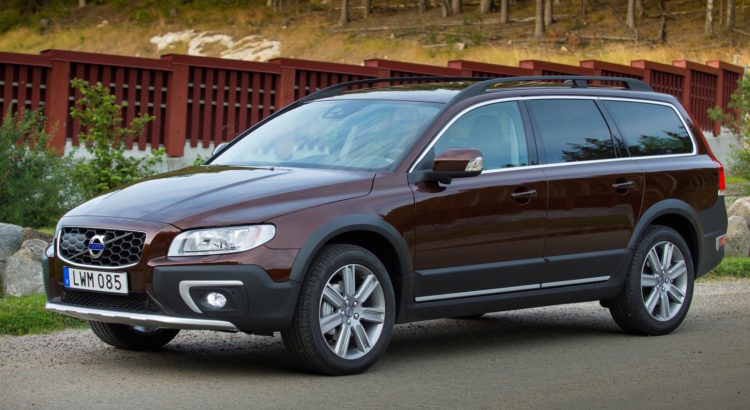 The 2016 Volvo XC70 was an experiment on what it means to be an SUV. It succeeded in many ways, but other versions of the XC70 would be more effective in bridging the difference between a station wagon and an SUV. While this is classified as an SUV by Volvo, it does still have some of the appearances of the station wagons that Volvo released in the mid-2000s. While the look has been refined, some people have complained “about the handling” of the vehicle. Overall it is still a great selection but not as fully fleshed out as other vehicles that Volvo would release in the coming years. 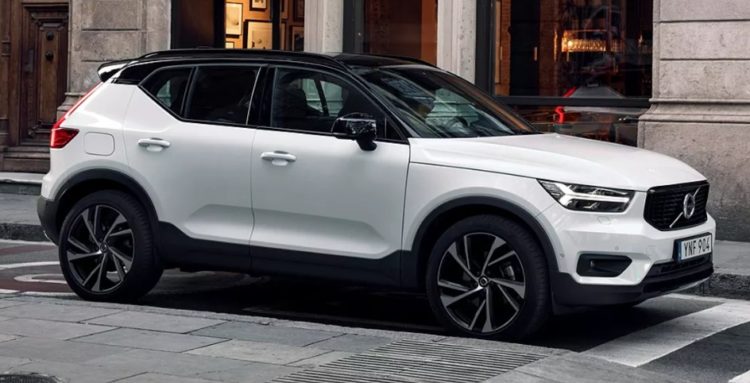 The XC40 is a new line of SUV, which first started selling in the 4th quarter of 2017. Volvo sought to enter the subcompact luxury market of SUVs and create a vehicle that was both “efficient and luxurious.” The release was exciting for many Volvo fans who eagerly awaited the entry of Volvo into the market. The addition of the XC40 improved the lineup of SUVs that Volvo markets as well. Previously Volvo had only two main SUV lines, the XC60 and the XC90. The XC40 did a good job of bridging the subcompact gap and creating a smaller SUV for people who still wanted the luxury and safety of a Volvo. 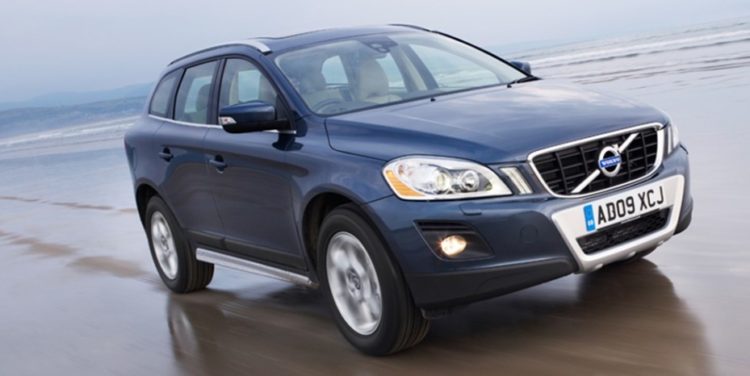 Many argue that the XC60 was the Volvo SUV that was most capable of “going off-roading.” It only came with a single trim line that was improved with later iterations of the vehicle. One of the reasons that Volvo fans love this SUV so much is that it breaks the mold of what it means to be a Volvo. With the XC60 Volvo sought to compete with more rugged brands such as Jeep and Land Rover. The result was a vehicle that could hold its own on the highway or in the mountaintops. This is truly one of the best all-purpose SUVs that Volvo has ever created. 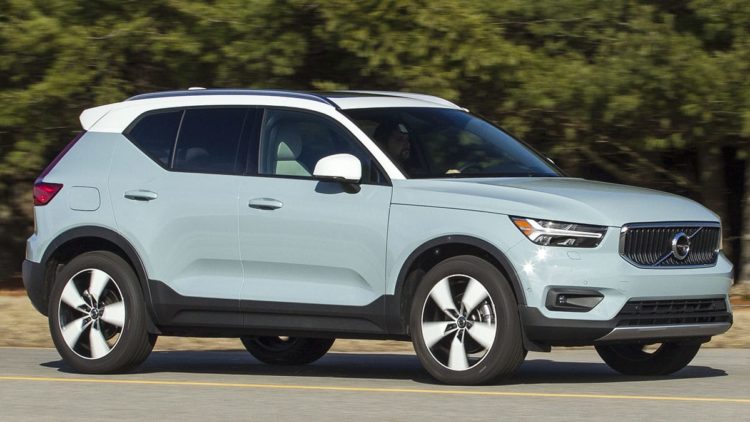 Volvo has continued to improve the modeling of the XC40 since its inception in 2018. Some of the improvements in this latest model “include extra storage and the ability to add new customizations to the vehicle.” The XC40 was met with a largely positive reception and Volvo has indicated that it will continue to produce the SUV for the foreseeable future. However, the XC40 has a major price tag- starting at nearly $34,000. Ironically, this is the cheapest price for the latest line of Volvo SUVs. In order to get these excellent cars into the hands of more people, Volvo has started an elaborate lease or purchase plan to give greater access to their vehicles. IF you don’t have an extra $34,000 to dish out on a new SUV, it might not hurt to check out their leasing options.

The 2018 Volvo XC60 marked a complete redesign, which typically “happens around every 5 years for luxury models.” The new SUV had a more sleek look and added amenities that many Volvo customers will find exciting. One of the biggest changes was the plug-in hybrid capability. It seems that Volvo is slowly transitioning out of the gas vehicle market and into the electrical one. The new XC60 will have options that allow the vehicle to be powered either by gas or electric charge. The SUV combines these two power sources in tandem to deliver a driving experience unlike any other. Many will be fans of the new environmentally-conscious direction that Volvo is headed. 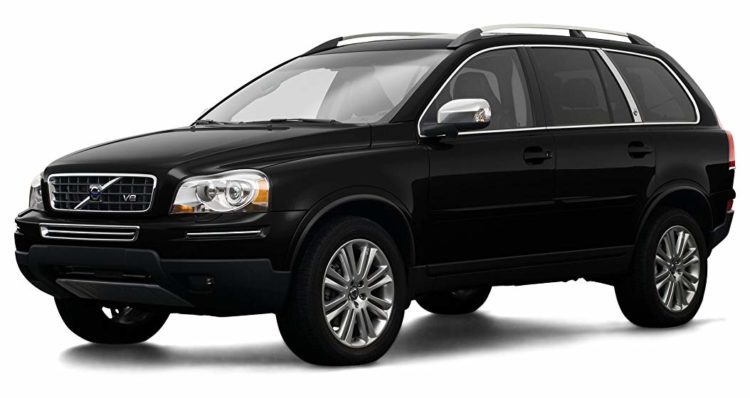 The XC90 has been the flagship model of Volvo SUV since its debut in 2002. One of the reasons that the 2008 model ranks this highly is because it was “revolutionary in a number of areas.” Coming in both V6 and V8 offerings, many will recognize this vehicle as a status symbol of the mid 2000s. This reputation has been earned, with a more boxy exterior and all the handling capabilities of the top compact SUVs. Though this vehicle was a pioneer for what it did, it did not come without its problems. The gas mileage on this iteration of the XC90 is poor, getting only a combined 16 mpg. This was biggest issue that Volvo sought to correct in the later generations of the XC90. 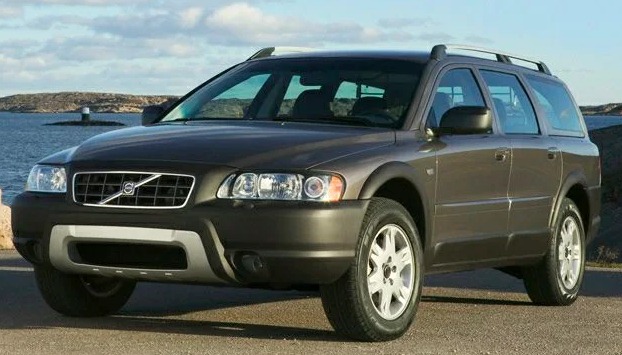 Many fans of Volvo have always had a special place for the XC70. It is one of the “safest cars on the road” and filled an interesting gap between hybrid crossovers and SUVs. It does have the look of a station wagon, but this is not an issue for most people. It also benefits from additional storage and back impact safety rating. This was truly the best vehicle to carry a family around. It has an unbeatable combination of both style and luxury. The additional trunk space comes in handy when taking your kids to their daily activities. This was a pivotal design in the history of Volvo SUVs because it showed how versatile the brand could be. 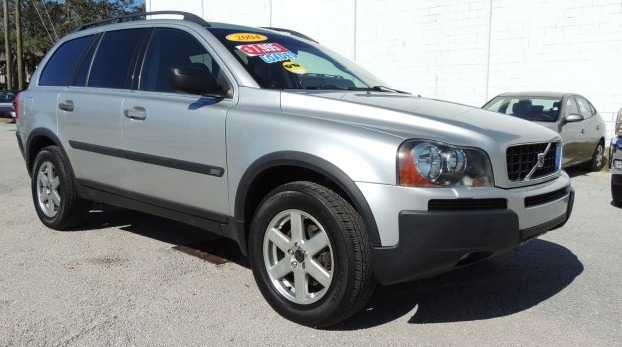 For anyone interested in the evolution of Volvo’s SUV lines, the 2004 XC90 is a good vehicle to be acquainted with. It marked an interesting turning point for Volvo, who had been facing pressure to increase the size of their SUV vehicles to keep more in line with the most popular SUVs of the day. Though it was considered by some in the company, Volvo ultimately decided to stay close to its roots and continue to create subcompact vehicles that had an emphasis in “outstanding safety features.” By showing the world that they would not buckle to exterior pressures, Volvo showed that they were willing to stick behind their work. It was a move that ultimately paid off. As SUVs began to shrink again in the early 2010s, Volvo had already carved out a space as the premier provider of safe and luxurious subcompact SUVs.

The 2017 Volvo XC90 T5 r-design was an SUV “unlike anything that the world had seen before.” As Volvo continued to create vehicles that were both economically and environmentally friendly, it became clear that the company would have to integrate the luxury features of its other vehicle lines. With both a gas and electric powered motor, Volvo has continued to create vehicles that push of the borders of technology and the environmentally inclined. This is a place where Volvo got it right. However, the improved gas mileage is just one aspect of the vehicle. The rims, tires, trim, seating, and internal user interface have all received a major overall in this redesign. This is just more proof of Volvo’s continued pursuit of excellence and their dedication to getting it right. 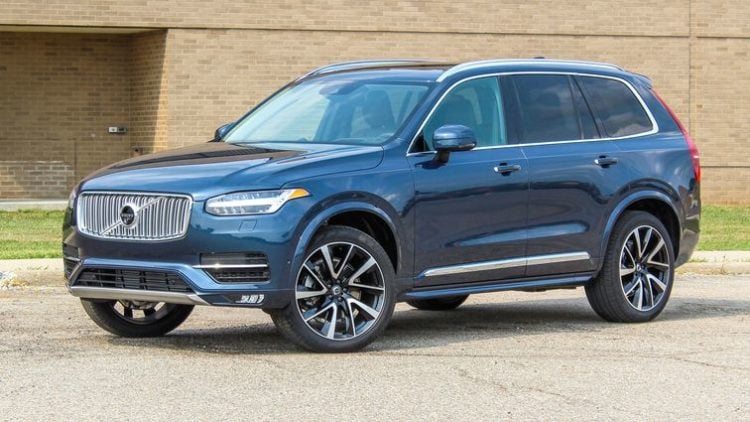 With an eMPG of 62, seating for seven, and more than 85 square feet of cargo space, the 2019 Volvo XC90 is the highest class SUV on the market. Volvo has outdone itself with the latest offering of its flagship SUV. This is truly the greatest SUV that Volvo has ever released. It blends both convenience and luxury and reintroduces a design that has not been “available in any model prior.” There is nothing else like this on the market. It combines luxury with practicality unlike any other offering that Volvo has ever released. It is not surprising that this SUV has been met with wide critical acclaim. All of the most respected car reviewers, including Edmunds and US News & World Reports had outstanding things to say about Volvo’s latest offering. If you want the absolute best in class than the XC90 has to be on the shortlist of SUVs that you need to consider. It is truly unparalleled by anything else available. Do yourself a favor and check out the new XC90 today. 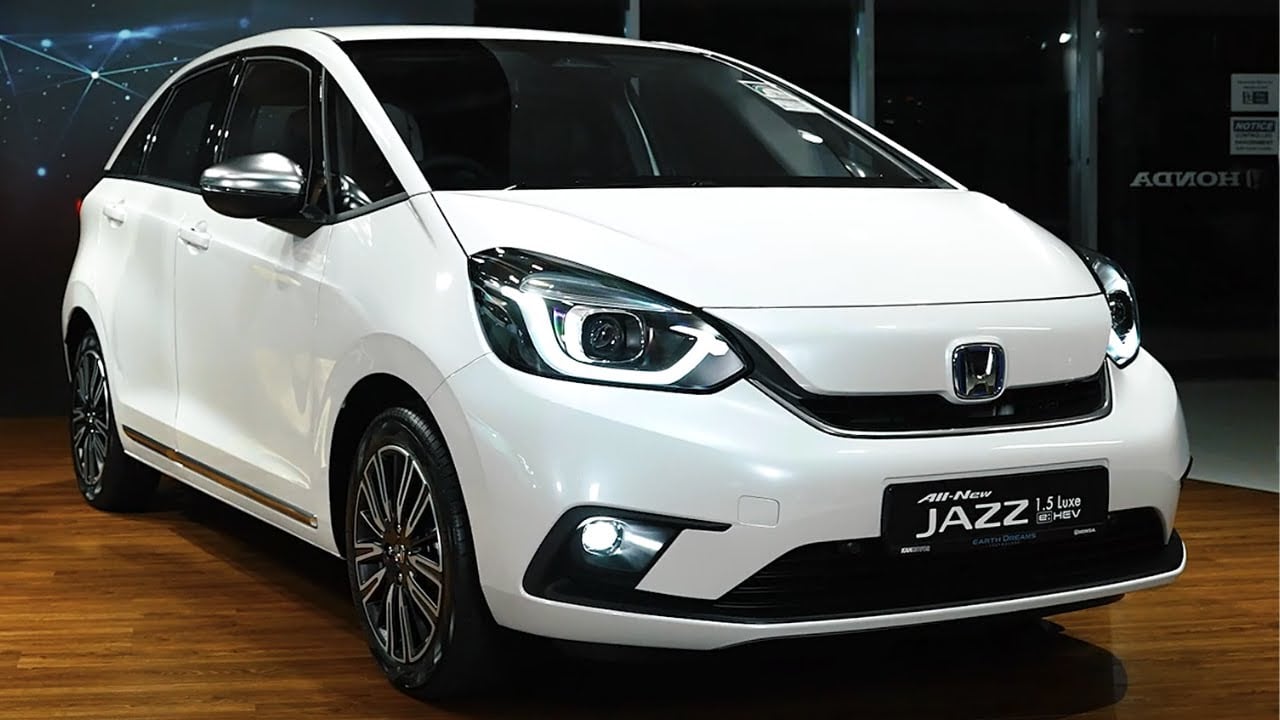 Hybrid cars are often more costly than gas-powered vehicles of equivalent models. These vehicles incorporate an electric motor, heavy battery, and internal combustion engines. Therefore, it makes sense that you would be spending some extra… 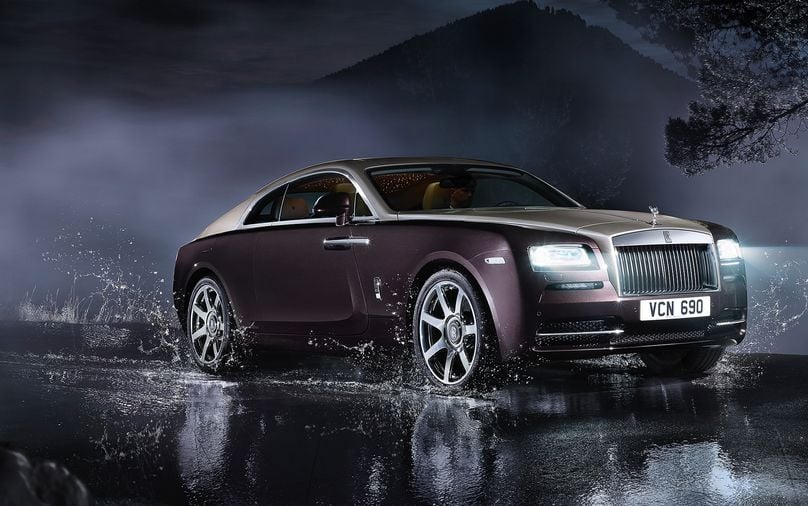 The name “Rolls Royce” is a household name and can even be used to describe the best of other types of products or services. Founded in 1904, Rolls-Royce is a British car manufacturing company that… 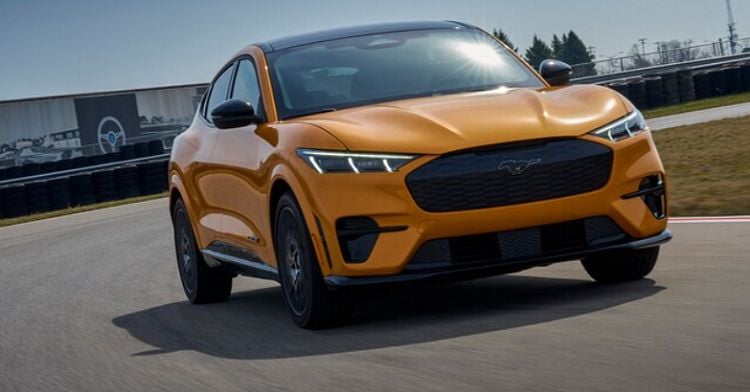 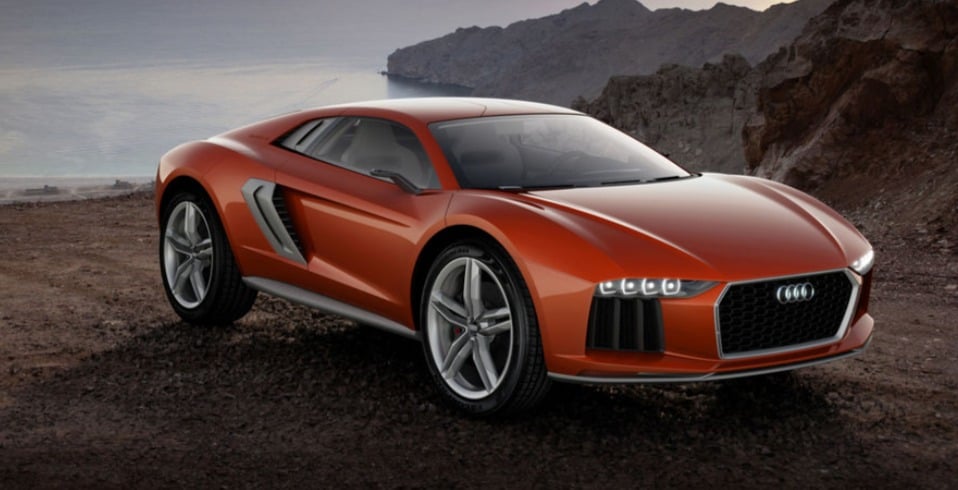 The Audi brand is among the most recognizable name in luxury automobiles. They are an expensive vehicle to purchase, even when ordered as a base model, and when you add all of the nifty bells… 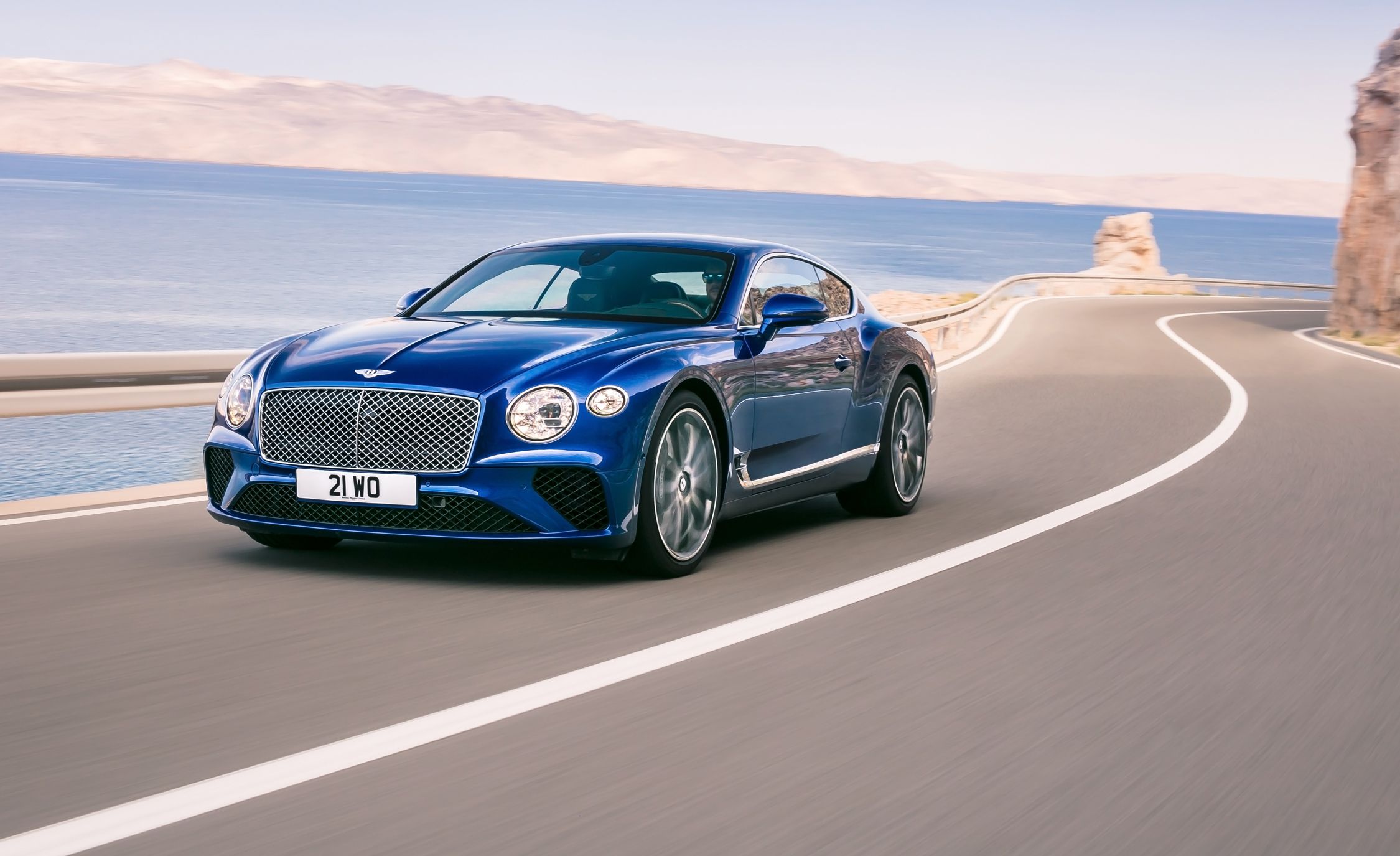