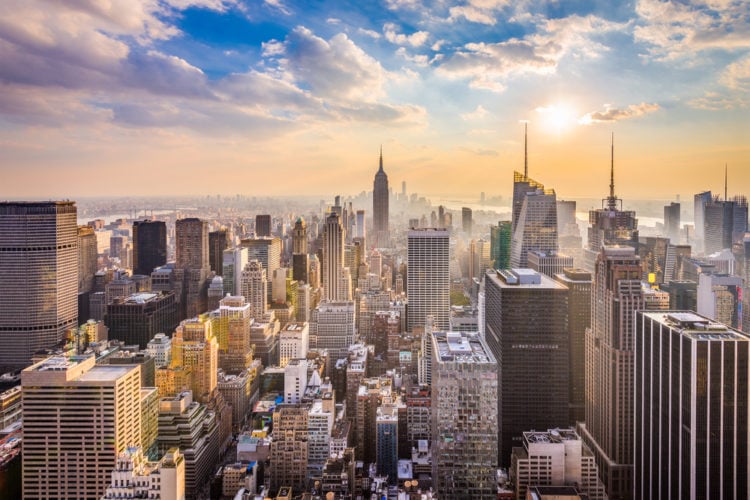 Repealing laws is not a simple matter. In fact, some may say that creating a law is much easier than repealing it. Whichever is the case, the fact matters that there are many, many old laws on the books today which are obsolete today, meaning they have no bearing on how we live today. In fact, there are many laws today that were solely based on superstition, having no bearing on fact at all. To give you an idea, we’re going to take a look now, at some of the oddest laws on the books in the great state of New York.

Ah, we know who you folks are, imagine that, combing your pets and sneaking out late at night to sell their hair on the black market. Fortunately, the local authorities were advised of this dark activity, and a law was made to stop it.

2. It’s illegal to have a puppet show in your window

Here’s one for the list of the weird laws of New York. For those who believe in sustainable entertainment, putting a sock puppet on your hand and fiddling with it in your window seemed like a rather nice replacement for the old Zenith TV. Sadly, it wasn’t.

3. It is illegal to place an ice cream cone in your pocket in public on Sundays

Tsk, Tsk, what is the world coming to if we just let people walk around on Sundays with newly purchased, dripping and cold ice cream cones in their pockets? Since it references Sunday, it’s quite possible it’s a Blue Law. Yet, it’s quite difficult to figure out the religious significance of placing an ice cream cone in your pocket while walking.

4. One cannot wear slippers after 10 pm

Okay, we’ve got a real doozy here that states one cannot wear their bedroom slippers after 10pm. While some people think this is fake, others actually believe that your stinky slippers will attract rats.

5. It is illegal to allow your donkey to sleep in your bathtub

Now there, what’s wrong with people, letting your donkey take baths in your very own bath tubs in the first place?

6. One is not allowed to toss a ball at someones head just for fun

Yeah, you knew this was coming. Whether slow ball, fast ball or curve ball, know that you aren’t allowed to throw a ball at someones head for funsies–shame on you for even considering it!

7. No one is allowed go put their thumb on their nose and wiggle their fingers at someone

Yep, you know who they are, those pesky finger wigglers. Darn thoughtful of New York to write a law which keeps them in their place!

8. One must purchase a license for placing wet clothes on a clothesline to dry

Horrendous! What a world when people take their laundry out to dry without asking for permission! Fortunately, this law has come to end such a nightmare, and those who placed their wet clothing outside to dry without a license can be held accountable.

9. Men are forbidden to wear a jacket without matching pants

Uh oh, now which one of you guys out there are wearing a jacket with pants that don’t match? Whoever was triggered by this enough to have a law drawn up, needs to have the cracks in their skull spackled, because somethings definitely leaking out there.

10. When attending a concert, it is illegal to snack on peanuts while walking backwards on the sidewalk

Yes, yes, I know what you’re thinking, that there’s always someone out there to toss water on the parade. In a world where so many enjoy snacking on peanuts, while walking backwards on sidewalks during a concert, this law just sucks the fun out of life.

11. In residential neighborhoods, you are not permitted to eat in the street and you can only drink bottled water at the beach

Let’s get this straight, in New York one can get into hot water if you are caught nibbling in a residential neighborhood. Not only that, you can only drink bottled water at the beach? One can only guess the state of mind one had to craft this law and the stupidity of anyone not questioning it.

12. No One is Allowed to pee on Pigeons in the Park

Summertime. A time when we open our closets to get ready for the warm, hot, sweaty weather. As such, it’s also time to bring out the short shorts and tank tops. However, know that if you’ve a set of plump, man boobs, you are in effect “illegal”, as it’s illegal to have man boobs in New York.

14. One is not allowed to eat ice cream on a bus stop

It’s a hot, humid, wet day in New York, and you’re waiting for your bus to arrive. So far, all is well, just don’t eat any ice cream! Because it’s illegal to eat ice cream while waiting for a bus.

15. You may only water your lawn if you are holding the hose

Seems as if you fellas out there that enjoy relaxing evenings in your shorts, socks and sandals have to make sure that you get your act together. For you see, it turns out that you can only water your lawn if you are holding the hose.

16. You cannot parachute out of a plane unless you are ordered to, or if your life is at risk

Oh happy day, we’re sure this will put a damper on some of your weekend jollies, as you can’t run around with parachutes on your backs, hopping from planes, cliffs or buildings anymore. However, if

17. Under no circumstances can you chop up a persons tongue. The only ones who can are doctors and dentists

Sad news for you aspiring ghouls out there, but in New York you’re simply not allowed to chop up someones tongue for any reason, not even to make a hoagie. The only people who can do it are doctors and dentists.

18. It is illegal for three or more unrelated individuals to reside in the same apartment

Now this is tough to ponder. Why on earth would it be illegal for 3 or more people to share the rent just because they aren’t related? Well, whatever the reason we think this one should be cut from the books.

19. It’s illegal to change the color of your rabbits fur

Shame, shame, shame on those of you who like to dye your rabbits fur different colors. Why would someone take the time to make such a law? Heaven only knows, just leave them as is.

Here’s one for you naughty people out there who enjoy a good game of flirting from time to time. Know that if you’re caught, you can be fined for $25.00!

Thanks for reading our list of the weird laws of New York. As odd as this sounds, the habit of making a law and cutting it from the books when it’s no longer relevant is a tough cookie to handle. No matter how silly one of these laws are, there just might have been a good reason to make them. However, times change, and many laws become obsolete.