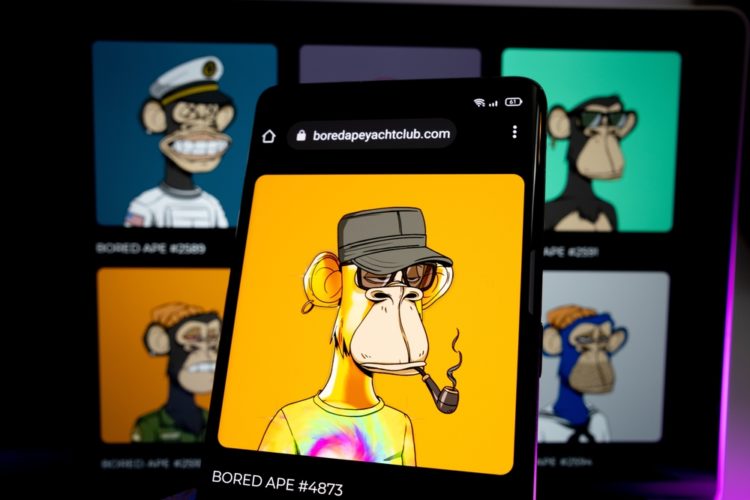 Chances are good that interested individuals have heard about NFTs. After all, they have been receiving a lot of coverage in the news because some of them have been selling for enormous sums of money. For those who are unfamiliar, NFT are a kind of cryptographic asset. In fact, the term stands for non-fungible token, which should be contrasted with cryptocurrencies as well as other fungible tokens. Fungibility refers to how well an asset can be exchanged for another asset of the same kind. Something like wheat is extremely fungible because most people don’t care about the minute differences that can be found between one bushel of wheat and another. In contrast, something like land is the exact opposite because each piece of land is one-of-a-kind. As such, interested individuals should be able to guess that each NFT is supposed to be one-of-a-kind. Something that makes these cryptographic assets quite different from cryptocurrencies, which wouldn’t be able to serve their intended function if they were non-fungible as well.

Why Are Bored Ape Yacht Club NFTs So Expensive?

The Bored Ape Yacht Club is one of the most famous NFT collections that can be found out there. It consists of 10,000 NFTs associated with 10,000 pictures of bored-looking apes with minor but nonetheless meaningful differences to interested individuals. Much has been said about the Bored Ape Yacht Club. However, the most relevant part is that these NFTs have managed to sell for enormous sums of money, so much so that there are those that have managed to sell for $1 million or more. Chances are good that interested individuals are wondering why these NFTs can sell for such high prices. After all, even if we exclude the extreme outliers, it is still common for one of these NFTs to sell for tens of thousands of dollars or more. Something that seems excessive even if the Bored Ape Yacht Club NFTs come with commercialization rights.

To name an example, the supply of these NFTs is static. For most goods, supply is represented as either a diagonal line or a diagonal curve that goes from the bottom left to the upper right on a Cartesian graph for which the x-axis represents the quantity of the good and the y-axis represents the price of the good. This is because more of the good gets produced at higher prices in most cases, whether because existing producers are producing more or because new producers are producing more or a combination of both. However, the supply of these NFTs is static because there are 10,000 and no more than 10,000. For that matter, said number might not be the right number to examine because Bored Apes are non-fungible. The minor differences from Bored Ape to Bored Ape might seem meaningless to uninterested individuals, but the huge range of prices for these NFTs makes it clear that these minor differences are also meaningful differences for those who care about them. Something that is extremely relevant because it is the latter rather than the former who make up the bulk of the consumers. As such, it might be more helpful to think of the supply for the most valuable Bored Ape Yacht Club NFTs to be 1 and no more than 1. The bulk of these NFTs might be substitutes for one another, but the prices that have been paid for the most valuable of them make it clear that those NFTs are very much not.

To name another example, it wouldn’t be surprising if these NFTs were playing by a set of rules that is similar to those applicable to a more luxurious kind of good. Consider the example of cereal. Generally speaking, even if people really like cereal, there is a serious limit to the amount of cereal that they will buy for themselves even if their income shoots up. After all, there is a serious limit to the amount of cereal that they can eat on their own, meaning that there is no real point to them buying more cereal than that. However, a higher income might cause them to change some of the other things that they eat and drink. For example, they might eat out at expensive restaurants. Similarly, they might buy wine or more expensive bottles of wine. One of the most interesting things about more luxurious kinds of goods is that they aren’t just about the quality of the goods themselves. Instead, there is a very real and very powerful element of prestige to such purchases as well. This element can be so influential that the sales of certain luxuries will actually fall when those luxuries become more affordable because the increase in buyers brought about by the reduced price isn’t enough to make up for the decrease in buyers brought about by the reduced prestige. There is much that remains unknown about these NFTs. However, there can be no doubt that prestige is playing a very real role in the whole thing. Still, it is safe to say that people are paying so much for Bored Ape Yacht Club NFTs because they are just that interested in Bored Ape Yacht Club NFTs at the end of the day. As for why they are so interested, that is a much more difficult question to answer. Something that hasn’t prevented people from coming up with various potential explanations.

Why Is There So Much Interest in Bored Ape Yacht Club NFTs?

It seems reasonable to speculate that there are some people who are trying to capitalize on the interest in these NFTs. After all, if they manage to buy low and sell high, they can make a fair amount of money. Something that is very attractive for most people out there. This kind of behavior happens for pretty much everything with speculative value, so it would be strange if it wasn’t a factor for these NFTs as well. However, while these people may or may not be having a noticeable effect on the prices of these NFTs, they can’t be responsible for the whole thing because they wouldn’t have been drawn in if there wasn’t already something for them to be drawn to.

As for what that something might be, it is interesting to note that there are people who have pointed out an identity that is forming around not just these NFTs but also other NFTs. Essentially, these people have a shared belief that NFTs represent a future that hasn’t arrived yet but is clearly on its way. As such, if they become involved at this point in time, they stand to gain a lot of benefits by being early adopters rather than late-comers. Financial benefit is one aspect. However, financial benefit is just one aspect because people aren’t the 100 percent rational Homo economicus that is driven to maximize their wealth through the most sensible method possible. Instead, there is a lot of social capital involved as well because there is a lot of prestige to be had from being on the cutting edge of things. In the modern world, both finance and tech are held in very high regard. NFTs touch upon both finance and tech, so it isn’t hard to see why they are so popular with people who want to matter. Of course, there are NFTs and then there are NFTs. The Bored Ape Yacht Club NFTs are pretty much at the top of the list, as shown by how they have received extensive coverage even in mainstream sources of news. As such, for people who want to establish themselves as being elite members of the NFT community, buying one of these NFTs is a simple and straightforward way for them to do it.

Moving on, the NFT community is being bolstered by the widespread interest in the metaverse. Interested individuals might be most familiar with said concept because of Facebook’s decision to rebrand itself as Meta. However, Facebook didn’t come up with the concept but instead capitalized upon a surging wave of enthusiasm for it. Similarly, the NFT community is one of the numerous groups of people who are being brought along by this as well, though in their case, they seem to be more sincere than cynical. As the thinking goes, their investments might not mean much in the real world for the time being, but their investments will mean more and more as the virtual worlds that are supposed to make up the metaverse are built. For that matter, even if their investments don’t work out, they will at least have the social capital of being some of the first people to recognize the potential of the metaverse before betting upon it. Something that will make them the pioneers of a wonderful new world.

It will be very interesting to see what happens to the Bored Ape Yacht Club collection and other NFTs in the times to come. People have been predicting the popularization of virtual worlds for years and years. So far, those predictions haven’t worked out. However, technology is becoming more and more advanced, so there will presumably come a time when they are ready to go because everything necessary is in place. Of course, even if virtual worlds work out, it remains to be seen just how popular they will be. People do spend a huge amount of time on social media as well as other digital diversions. Even so, that doesn’t necessarily mean that will carry over perfectly into their virtual counterparts. For that matter, even if the metaverse is indeed the future, that doesn’t necessarily mean the same for NFTs. Still, so long as people believe in NFTs, there will continue to be value in NFTs because that is all value ever is. 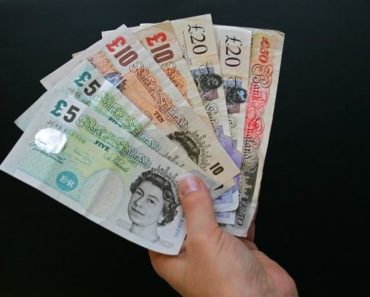 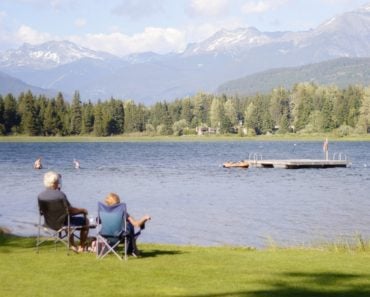 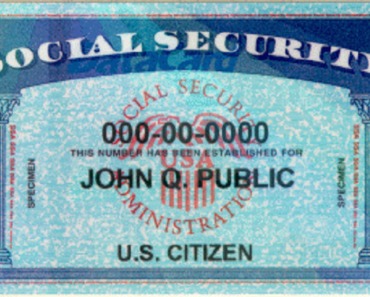 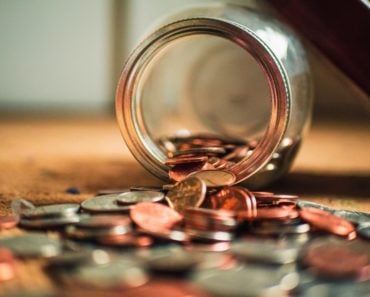 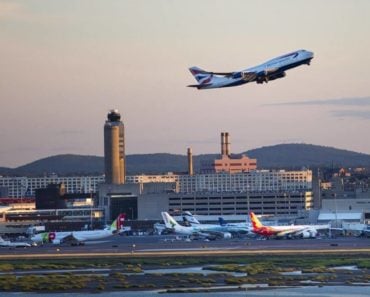 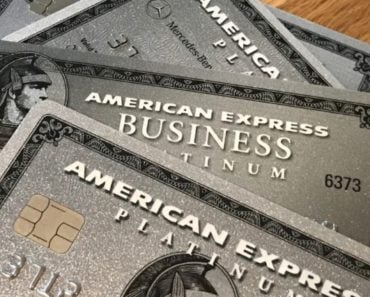