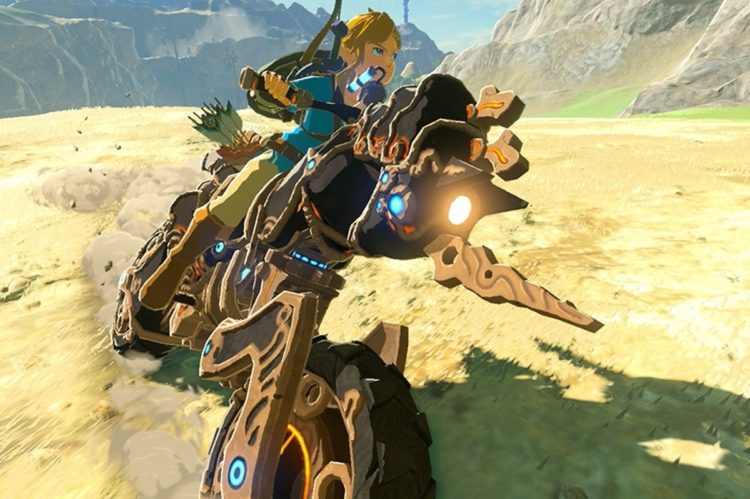 There is a motorcycle called the Master Cycle Zero in The Legend of Zelda: Breath of the Wild. Its inclusion was pushed by the series producer Aonuma Eiji because the horseback exploration in the title reminded him of the first time that he rode a motorcycle. However, internal opposition meant that the Master Cycle Zero wasn’t added until the release of The Champions’ Ballad DLC.

How Can You Get the Motorcycle in Breath of the Wild?

The Master Cycle Zero is the reward for completing the main story in The Champions’ Ballad DLC. As a result, interested individuals won’t be able to get their hands on it without a lot of playtime, meaning that they might want to get started on it sooner rather than later.

For starters, they are going to want to get the One-Hit Obliterator from Monk Maz Koshia inside the Shrine of Resurrection. Said weapon is interesting in that it can kill enemies with a single hit. However, it has not one but two major drawbacks, thus making it an excellent example of trade-offs in action. One, the One-Hit Obliterator will reduce Link’s health to one quarter of a health before making it impossible for him to recover health beyond that point. Two, the One-Hit Obliterator can be used twice before it needs a few seconds to recharge its power. As a result, the weapon needs interested individuals to play in a very different way than what they might be used to, which is a serious problem because they are going to be bringing it with them through some serious challenges.

Eventually, interested individuals are going to have to make their way through four main quests named for the four Champions. Once they have done so, they will need to return to the Shrine of Resurrection so that they can navigate the labyrinth where Monk Maz Koshia resides. Perhaps unsurprisingly, this will result in a boss battle in which said individual will unleash a wide range of attacks. For example, he can teleport for the purpose of attacking from above with a sword. Similarly, he can shoot either Fire Arrows, Ice Arrows, or Shock Arrows. Furthermore, Monk Maz Koshia has additional phases that get triggered at 75 percent health and 50 percent health. The first time will see said individual splitting up into nine copies, with one being the real Monk Maz Koshia and the other eight being destroyable with a single blow. Meanwhile, the second time will see said individual will start flying around in an enlarged form while attacking with everything from lasers to huge, spiked balls. In this phase, interested individuals are going to need to turn his attacks back on him in order to make him vulnerable, thus enabling them to get in some attacks. Summed up, Monk Maz Koshia is every bit the challenging boss that interested individuals would expect from the end of The Champions’ Ballad DLC, so it could be some time before they manage to score a victory.

Still, that just makes the awarding of the Master Cycle Zero that much sweeter. Mechanics-wise, it must be fueled by feeding it materials, thus enabling it to run. Otherwise, it is interesting in that it is a Rune of the Sheikah Slate.

Could the Motorcycle from Breath of the Wild Be Created in Real Life? 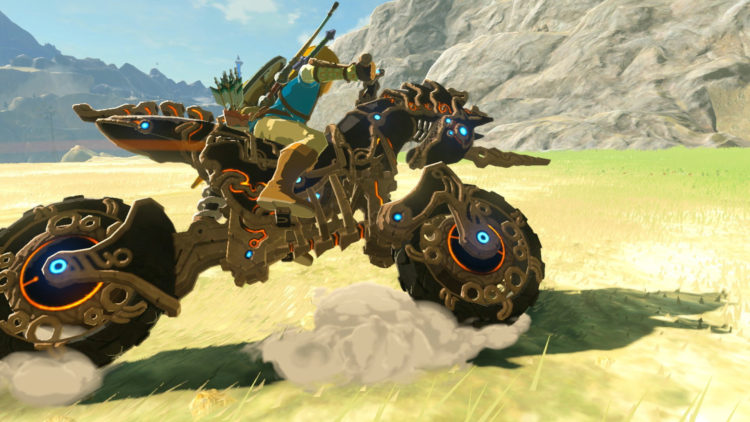 Most of the capabilities of the Master Cycle Zero aren’t that impressive by modern standards. For example, while most motorcycles are meant for paved roads, there are all-terrain motorcycles that can handle a much wider range of environments. Similarly, it is worth mentioning that motorcycles and other automobiles can be powered using a much wider range of materials than what most people would expect, though there are serious issues of efficacy and efficiency that make most potential choices impractical at best. If there is one thing that is particularly out there about the Master Cycle Zero, it would be what amounts to teleportation.

Of course, teleportation can refer to a number of processes that look very similar but can be very different from one another from a more technical perspective. For instance, teleportation is sometimes used for a theoretical process in which a machine at one end is used to scan an object, communicate the relevant information to a second machine at the other end, and then have the second machine recreate that object in perfect detail. However, most people would see this as being pretty flawed for a number of reasons. For example, there is the question of what happens to the object that is being teleported because unless it is destroyed, the process doesn’t actually look like teleportation in the conventional sense of the word. Something that gets particularly disturbing when the object is a living being. Similarly, the recreation of the object at the other end of the process runs right into the question of the Ship of Theseus, which essentially raises the question of what actually makes something the same thing. Generally speaking, most people would say that the object on the other end is a copy of the original object rather than the original object. However, that position can be immediately called into question by the fact that many things are still considered to be the same things even after extensive repairs and replacements.

Having said that, there is the version of teleportation in which an object actually gets moved from one place to another, which is much more fantastical in nature. There has been plenty of speculation about potential methods, with an excellent example being wormholes that can connect two separate points in space-time. However, there is actually no known way for this kind of teleportation to happen at this point in time, though of course, that doesn’t eliminate the potential for something to come up at an unforeseeable point down the road. Some people might have heard excited reports about teleportation from credible news sources, but it is very important to note that those refer to quantum teleportation. Something that is very different from what most people think of when they think of teleportation to say the least. Certainly, it is a very interesting process that has profound implications for the real world, but it is not a sign that sci-fi teleportation is upon us.