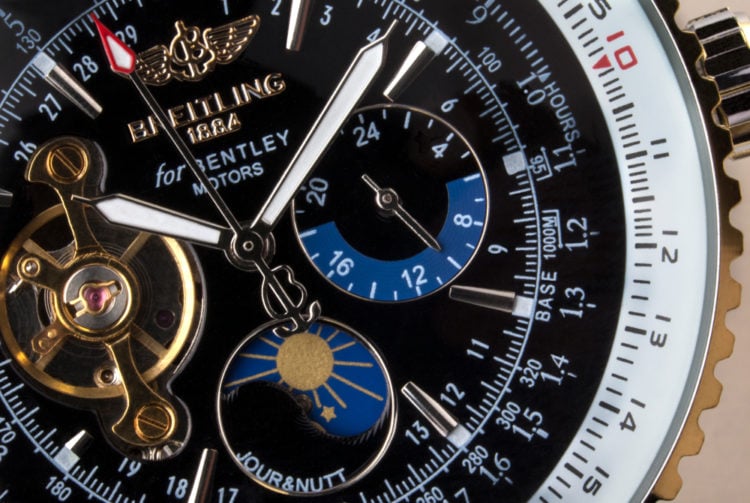 Arthur C. Clarke once said that any sufficiently advanced technology could not be distinguished from magic, and today we have witnessed what he meant. With gates opening and fireplaces lighting at the command of your voice, technology is making everyday tasks much more manageable. Watch manufacturers have not been left behind in embracing new technology; hence smartwatches have continued to be advanced since Seiko released the first smartwatch on June 10, 1998. Breitling is a renowned brand in the world of aviation, and its first smartwatch paid tribute to those in the profession. Let’s tell you more about the first Breitling smartwatch and why some feel it falls short of a smartwatch’s real definition.

Breitling introduces a Smartwatch to Their Collection

In 2015, at Baselworld, Breitling introduced its first smartwatch prototype to the world under the name “Breitling Exospace B55.” As the watch manufacturer’s tradition, this watch did not depart from their aviation history; therefore, the timepiece was designed for the professionals, although even brand enthusiasts and aviation fans will find it to their liking. Techprevue described it as a lovechild of traditional timekeeping and technological evolution, meaning it is a traditional chronograph with digital benefits.

Since it was made with the pilots in mind, one feature the professionals would appreciate is the digital display’s compatibility with night vision. It enables pilots to reduce dependence on the illumination of the dark because if the pilot is wearing night-vision goggles, his eyesight would be affected. Every second counts for aviation professionals and the watch comes with time to track landing, flying, block, and take-off time. Everything is about time and accuracy with the watch; therefore, besides giving two timezones, it has a calendar chronograph, seven alarms, an electrical tachymeter, and a timer that counts up and down up to 100 hours. It reminds you by beeping the last 20 seconds and beeps again if you do not shut it off within a minute of the first reminder.

Other features as Bob’s Watches published include a dial borrowed from the 2014 Cockpit B55 design. The only difference is that the B55 is much more legible due to digital numerals and a blue handset. Legibility is further enhanced when you tilt the watch at a 35-degree angle, perfect for checking the time while wearing the watch. The backlight is automatically activated by a built-in inclinometer allowing you to read the time. It shuts off after use to avoid distracting you; you can also activate the backlight manually by pushing the crown. It has a sporty look due to the blue rubber strap, but it lives up to the appeal because you can wear it while going for a swim. It is water-resistant up to 100 meters.

What the Connected Watch offers

On Wareable, the Breitling smartwatch was referred to as the least smart smartwatch among timepieces. Breitling has no apologies to make, hence advised those interested in something more than what a connected watch offers to look elsewhere. Girardin explained that for the company, it is not about quantity but quality, so they were not going for a product with the largest amount of functions. Instead, their main concern was functionality-useful functions for the most competitive watch. The dedication to ensuring a quality product also saw Breitling develop the watch and movement in-house while the app was customized. Besides the lithium-ion battery that will power the watch for two months, you will be impressed by the SuperQuartz movement, which is ten times more accurate than a standard quartz caliber, according to Superwatches.

Girardin further added that updating would be easy with the few useful functions because all the components can obtain software updates that the wearer can implement online. As a pilot, he most definitely knew how to go about, including everything a pilot would need. He prefers calling the first Breitling smartwatch a connected watch instead of a smartwatch due to the limited features. The distinction is, unlike most watches that are in addition to the smartphone, a connected watch demands having an app on your phone that acts as an extension to the timepiece. You can sync the watch and phone via Bluetooth, and if you get notifications, you can read them from your watch by putting the hands in an ideal position. Once done reading, you double-tap the crown, and the hands will automatically return to the correct position. Unfortunately, you can’t answer a call or reply to a message via the watch.

Is it a Smartwatch in The Real Sense?

Esquire listed the Breitling B55 Exospace Yachting among the best smartwatches and rated it a good deal for the action man. However, while it explained that it offers full smartphone compatibility, it failed to mention that it acts as a pager. You only get notifications from your social media feed and text messages, but you will not get a chance to reply or check them out from the watch.

Smartwatches also usually have a fitness tracker as a core feature to calculate your pulse rate, heart rate distance walked or run, among others. The Breitling does not offer any health monitoring app since its concern is facilitating pilots to run their duties. You should also not expect this connected watch to provide you with entertainment in the form of games or YouTube videos. The lack of such core features makes the Breitling smartwatch more of a connected watch than a smartwatch. If the reviews on App Grooves are anything to go by, one might also reconsider buying a Breitling smartwatch. Most customers complain about the inconsistent connectivity, and even when connected, not all functions sync. While Girardin was adamant about the ease of software updates, another complained that the last update made his phone glitchy. Yet another user said he only received notifications 40% of the time.