Home
Net Worth
How Brian Chesky Achieved a Net Worth of $13.1 Billion
Prev Article Next Article 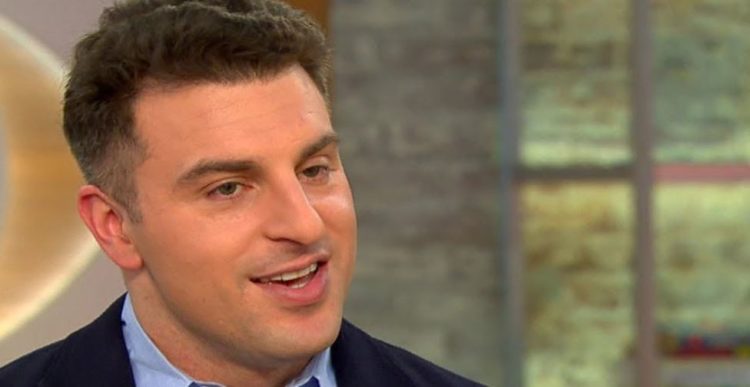 Airbnb has made its investors and, most obviously, its CEO, Brian Chesky, billionaires, if not more. At the time of this publication, Brian Chesky’s net worth is approximately $13.1 billion, making him the 39th richest person in America (and 154th in the world). However, you might want to note that Brian wasn’t born rich — he’s the perfect example of rags to riches, with a good story to learn from. Brian Chesky is an inspirational figure, which means his story has massive value — some might even call it life-changing.

Brian was born and raised in Niskayuna, New York, on 29th August 1981 to a Polish father and an Italian mother. Both his parents were social workers. Brian has a younger sister Allison. As a child, Brian exhibited a strong artistic sense. He was interested in art and drawing and would draw replicas of different paintings and designs. He would also redesign toys and shoes, and as he grew older, his interest shifted to landscape design and architecture.

Brian went to Montessori and public schools near his home and later attended the Rhode Island School of Design (RISD). He graduated from RISD in 2003 with a bachelor’s degree in fine arts, majoring in industrial design. It’s here that he also got to meet Joe Gebbia, one-third of Airbnb’s future co-founders.

Brian moved to Los Angeles after graduating and worked as an industrial designer for 3DID Inc., which Brian described as challenging but rewarding. In 2007, he decided to move to San Francisco, where he shared an apartment with Joe, Brian’s old friend from RISD. It just so happens that in October 2007, the Industrial Designers Society of America was holding a conference in San Francisco. Brian and Joe couldn’t afford their rent at the time, so they decided to rent out their apartment through Craigslist to the folks attending the conference. They would purchase three air mattresses and market their apartment as “Air Bed and Breakfast.” Brian and Joe were amazed by the demand for this service, charging $80 for each night. Brian and Joe had discovered a problem they wanted to solve. However, they still hadn’t figured out how to turn it into a viable business opportunity since Air Bed & Breakfast didn’t have much potential or growth prospects. However, Brian was not one to give up easily. He spent some time thinking about the concept while Joe continued to manage the air mattress rental outlet. It’s then that they decided to transform their business from renting out air mattresses to a more lucrative alternative.

In May 2008, Brian and Joe decided on the idea of designing a platform for people to rent out extra space in their homestays – this is essentially Airbnb’s foundation. They would be joined by Nathan Blecharczyk as the third co-founder soon after. Brian and Joe would continue to manage the air mattress venture until Brian incorporated Air Bed and Breakfast in October 2008, with $200,000 of funding from Sequoia Capital.

Brian and his team were able to build up a team and hire employees. They even managed to expand their workforce from three to 100 and make significant improvements to their product. They even hired a designer to redesign Airbnb’s brand identity. Brian and his team were ready to make a go of it. And they certainly did. Brian announced Airbnb’s going public in April 2012, as well as their $112 million fund-raising round. Brian had already achieved the first milestone he had set for himself: gaining Sequoia Capital as an investor — this was what Brian promised Joe before they decided to team up. A year later, Brian achieved another milestone when Airbnb became a private company.

The Key to His Success

Brian is a guy who took a problem that he faced in his life and turned it into a business opportunity, taking it from a concept to a viable startup in just three years. Soon after, he created a platform for people to connect offline to change the world by finding them homes when they travel. Brian is now one of the richest men in the world. Brian Chesky’s net worth is reported to be $13.1 billion as of April 2019, thanks to his successful venture with Airbnb.

How Brian Chesky Achieved a Net Worth of $13.1 Billion

Brian’s journey to becoming one of the world’s billionaires is quite inspiring, to say the least. As Airbnb took off, Brian continued to gain expertise in the areas of operations, marketing, and public relations. It wouldn’t be long before his name made it to the list of the world’s most successful entrepreneurs. In 2015, Times magazine listed Brian among the world’s most influential people. He has also been included in Fortune magazine’s 40 under 40 list for four consecutive years.

In March 2015, the company was valued at $20 billion. Come December 2020, and the value skyrocketed to $100 billion. That would see to it that Brian’s net worth jumped from $3.1 billion to $13.1 billion. Airbnb made its official debut in the stock market on 10th December 2020, with Brian and Joe retaining majority control of the voting power. Brian and Joe worked out a deal to receive additional compensation for their agreement to give up their rights to early liquidity. However, on 9th December 2020, the company’s expected market cap didn’t go as expected, hitting just below $50 billion. But come the next day, things exploded, pushing the market cap to $100 billion. Each became $11 billion worth on paper. Immediately after going public, the company began trading at $147 per share. They each sold $100 million of shares that day. But even with that, Brian still owns about 77 million shares of the company. Note that, if the current trend is anything to go by, Brian’s net worth might be hitting $30 billion by 2028.

Brian and his co-founders have donated millions of dollars to non-profit organizations. They have even planned to donate at least half their fortunes to different charities in the future, mainly in education. Brian’s success can be chalked up to his ability to think out of the box and take advantage of the opportunities that swung his way. Brian’s future looks very bright as he continues to express his interest in opening up Airbnb stores and expanding the company’s business ventures even further. When he failed to raise his rent, he came up with a brilliant idea to rent their apartment. Also, during the initial stages of Airbnb, when they didn’t have enough startup capital to get their business off the ground, they conceived another brilliant idea. They decided to create a series of cereal products and name them after the different presidential candidates at the time. Special editions included “Obama O’s” and “Cap’n Mc Cains.” They sold these cereals at $40 per box. Brian and Joe then gave out the cereal to college students in their hometown and asked them for feedback on what they thought of it. This was a brilliant idea that helped them raise startup capital and take advantage of brand recognition. They would also capitalize on their brand image by selling T-shirts bearing the Airbnb logo, which they sold on college campuses around the United States for $20 per shirt. They would then used their proceeds to expand their business further.