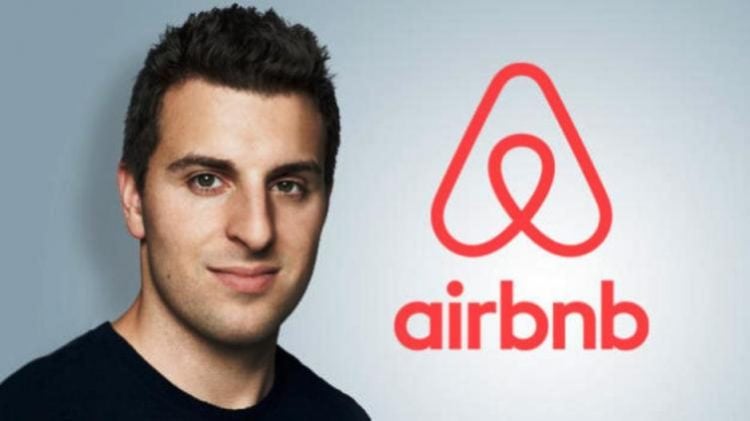 Brian Chesky is a name that many are familiar with. He has made news as the Internet entrepreneur who is in part responsible for the founding of the Airbnb hospitality exchange service. This internet sensation has caught on big time and has flourished under his direction as company CEO. He has earned the distinction given him by Time as a member of the elite group of the “100 Most Influential People of 2015.” This is no small feat and this young American has made some very impressive changes to the hospitality industry. We feel that he deserves a closer look and a little more credit. Please enjoy with us, Brian Chesky: ten things you didn’t know about Airbnb’s CEO.

1. Brian Chesky has had an interest in design since he was a young child

From an early age, Brian loved to apply his vision for art and design to his toys and even his shoes. This wasn’t just a passing phase for him. He earned his Bachelor’s of Fine Arts degree in 2004 with an emphasis on Industrial design from the Rhode Island School of Design. It was here that he met his future business partner Joe Gebbia, who would co-found Airbnb with him.

He Tweeted on his Twitter account that as of this New Years’ for 2017, the company would reach an important milestone. According to his statistics, there will be two million people who are using an Airbnb location to celebrate. This is news that is definitely worthy of a celebration for the successful young entrepreneur.

3. Chesky received his inspiration for Airbnb when he couldn’t afford to pay his rent

Although it must not have been humorous at the time, Chesky was forced to rent out his apartment in order to have enough funds to make the monthly rent that was due. He named it the “Airbed and Breakfast.” This was due to the fact that he and his room mates purchased three air mattresses because of the incident. This was the situation that gave them the idea for Airbnb remarkably.

4. Brian became a professional industrial designer as well as a strategist after college

He worked for the 3DID,Inc. company in Los Angeles. he ten relocated to San Francisco with his now co-founder Joe Gebia. This was his childhood dream and he was taking the necessary steps to accomplish his dream. Little did he know that that fateful day that he realized he wasn’t making enough money to pay rent would come in this apartment as the two couldn’t afford their rent payment.

5. Chesky is brilliant in thinking out of the box for problem solving

When trying to establish the Airbnb company, Chesky and his co-founders were faced with the dilemma of not having enough startup capital to begin. He came up with a brilliant idea. He and his partners created a series of cereal products and named them for the presidential candidates of the time. His special editions were named “Cap’n Mc Cains” and “Obama O’s.” Chesky knew how to use his talents as a designer or re-designer to generate some impressive products that caught the attention of Y Combinator who provided the much needed seed funding to get Airbnb on its way to success.

6. Brian is the product of social workers

Brian Chesky’s parents were both professional social workers. Robber H. and Deborah Chesky served as social workers in the Niskayuna, New York area. In addition to Brian, they also had a younger child, Brian’s sister Allison.

It was Chesky who made the official announcement. Airbnb was happy to share its success by officially sponsoring the Rio de Janeiro, Brazil event. They no doubt had hundreds if not thousands of people occupying Airbnb locations while attending the monumental event.

8. Chesky joined an elite group of billionaires in 2016

Nearly everyone is familiar with Bill Gates and Warren Buffet and the tremendous wealth that these gentlemen have amassed. Brian Chesky has shared like success. In the summer of 2016, he joined these multi billionaires in making a pledge to give away the majority of their wealth. This is the type of news that needs to be shared because it shows the mettle that these men possess along with their deep sense of right and commitment to the betterment of the world around them.

9. Chesky was inducted into the Forbes “America’s Richest Entrepreneurs Under 40” list

He was awarded this distinction in 2015 after enjoying immense success with Airbnb. This is a far cry from the time that he was forced to rent out his apartment so he could afford to pay the rent. This is the second such award that has highlighted the lightning speed of his successful hospitality program that has gone global.

As of 2016, Forbes has reported on the net worth of this very young mogul in the hospitality industry. The current net worth of Brian Chesky is at $3.8 billion. This is a decent jump fom the previous figures which had his net worth at $3.3 billion in November of 2015. He’s making progress that is moving steadily upward and from all appearances it looks like this is only the beginning for Brian and his partners in Airbnb.

Brian Joseph Chesky is the kind of entrepreneur who makes us all smile. He has known his share of ups and downs but it is the way that he approached trying situations that is so unique. He used a tremendous arsenal of innovative ideas and following actions to creatively find solutions that got him where he is at today. It’s easy enough for us to laugh about the rent situation and his purchase of three air mattresses, but it probably wasn’t that funny to him and his room mates at the time. Instead of giving up, he moved on to the best logical solutions to problem solve and this has endeared him to us and one of the most innovative of all entrepreneurs who was able to see beyond the moment and create something of worth out of bleak circumstances. We hope that you’ve enjoyed learning about the amazing life of Brian Chesky.