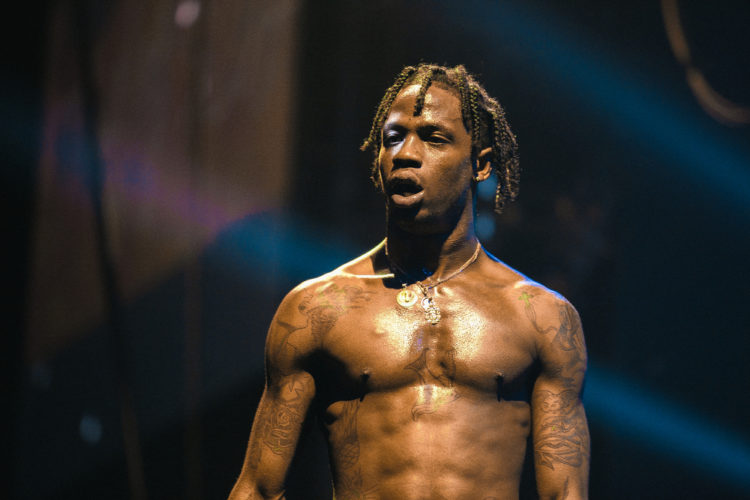 Cacti Seltzer is a Travis Scott product facing a class-action lawsuit against the manufacturer due to false advertising. The beverage is popular, and Scott even invited fans on a nationwide hunt for 100 signed limited-edition cans that unlocked two tickets to the 2021 Astroworld Festival, which Scott headlined. Unfortunately, both the festival and the brand have landed Scott in trouble, and he could lose hundreds of millions of dollars. Before we come to the false advertisement claims, let’s tell you more about the drink that introduced Scott to the beverage industry.

If you love hip hop, the rapper is probably one of your favorite musicians. Therefore, you must have heard one of his songs “Franchise,” in which he raps that Cacti is not iced tea. The song’s video was released on September 25, 2020, and it got people curious about what he meant. On December 17, 2020, Scott announced Cacti Agave Spiked Seltzer, his new alcoholic beverage line. Before then the teasing of the new product line was through an interview with Forbes in November 2020. The rapper pulled a glass beer bottle with a clear liquid. He offered it to Abram Brown and asked Brown to share his thoughts about the drink, which by then was a well-kept secret. The glass bottle with a plain white label reading “Cacti” was strawberry flavored. However, Scott added that he had other flavors, but already liked the strawberry one.

Therefore, it is no surprise that when the musician made the announcement in December 2020, he disclosed how hard he had worked on launching the beverage line and was proud of his achievement. The rapper has always been a tequila lover, so it was only a matter of time before he went down that road. Of course, he collaborated with the renowned Anheuser-Busch (AB) InBev to create the right flavors. Scott was even involved in getting the flavor right, can concept, packaging, and presentation. After confirming that it was the ideal product, he said he would launch it in 2021. He did not disappoint his eagerly awaiting fans with the beverage introduced through a TV commercial during the 2021 Grammy Awards. Scott said getting the drink out to the world was a surreal moment for him and his team. According to Black Enterprise, AB InBev CEO Michel Doukeris revealed that Cacti Seltzer sold out within 12 hours of its debut. Physical retailers were appalled, remarking that they had never experienced a craze like that before. The opportunists tried making hefty profits by reselling the sold-out beverage online for as much as $70, yet a nine-pack of 12-ounce cans goes for around $19.

What’s Wrong with the Drink?

A drink that sells out within a day of its launching must be phenomenal. Still, it was expected because anything associated with Scott always sold out; even his McDonald’s merchandise sold out within three days of its launching on the official website. Uproxx reviewed all the flavors that Cacti Seltzer offers. As per the article, the strawberry flavor is superior to the rest. It has lots of sugar and is among the sweetest seltzers available in the market, which means that it has loads of calories. The lime flavor also sets itself apart from its competitors, such as White Claw and Truly, because the reviewer says that while Cacti lime tastes like syrup, the rivals are spikey and tart. The pineapple flavor is also sugary but not as much as the strawberry counterpart. You should note that despite Scott’s undying love for tequila inspiring the beverage line, Cacti Seltzer does not contain tequila. Instead, it is made from yeast and sugarcane; it also boasts of being made with 100% Mexican premium blue agave. It has a 7% ABV (alcohol by volume), and each 12-ounce can has 150 calories; competing seltzers have between 90-100 calories in 12-ounce cans and 5% ABV. Unfortunately, Cacti Seltzer has landed Scott in hot water despite its popularity and success in the market. According to HYPE BEAST, Rebecca Read filed a complaint against Cacti Seltzer. She drank the beverage and was disappointed because she paid the premium price for a drink she thought contained blue agave, not the blue agave sweetener that Scott used in production. The plaintiff said that the product label is misleading because it clearly states it is made from “100% Blue Agave from Mexico.” Read said instead of the label reading “Agave Spiked Seltzer,” it should read “Agave Sweetened Spiked Seltzer.” She hoped the complaint could lead to a class-action lawsuit since Cacti Seltzer has been sold nationwide. On September 11, 2021, Read filed the class-action lawsuit against AB on behalf of Illinois, Iowa, and Arkansas Cacti Seltzer consumers.

Not the First Claim Against Anheuser-Busch

In 2017, Food and Ag Law Insights published that in recent years, the food and beverage industry has been hit with class-action lawsuits primarily from false advertising and labeling claims. Alcoholic beverages manufacturers are advised to be cautious in choosing their brand names, label slogans, and advertisements for their products. AB is no stranger to class-action lawsuits; just like Read, who thought she was purchasing an Agave Spiked Seltzer, Beck’s consumers thought they were drinking a German beer, thanks to the misleading packaging. As a result, AB agreed to a $20 million settlement in the class-action lawsuit filed against its packaging. Those with proof got up to $50 per household, but those without could only get $12. It appears that AB is yet to learn its lesson because, in 2015, it still faced a similar lawsuit for misleading consumers about where Kirin is made. It inferred that Kirin beer was made in Japan yet it is brewed under a licensing agreement in Virginia and Los Angeles. The consumers were entitled to a similar refund as in Beck’s case. So, even with Cacti Seltzer, the payout might be the same amount should the plaintiff win.