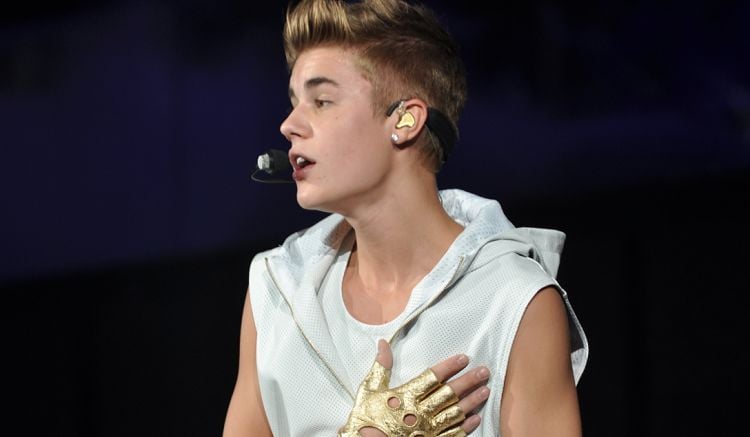 The world is still full of people who have very good hearts and who are willing to share what they have with others who are in need of a helping hand. Some of the people who have kept us entertained with their gift of music have reached into their pockets to pay back some of the support their fans have shown by buying their music and attending their concerts by donating to worthy causes. Here are the 20 most charitable musicians in the world today.

Taylor Swift is one of the most generous artists in the music business today. She supports a variety of charitable organizations and good causes. just a few of them include Hands on Nashville, The Wyomissing, the Community Foundation of middle Tennessee, and the PA school district with a gift of $100k for rebuilding a kids playground called Kids Kingdom. She has a big heart and she truly cares about the well being of others. She’s also given to the Nashville flood relief fund, according to Forbes in a piece that attributes at least $625,000 in donations made by the pop music star.

Elton John is one of the most talented entertainers in the business, but he’s also got a heart of pure gold to match his gold and platinum hits. He’s worth millions thanks to his highly successful career, and he’s got a generous heart. It’s been reported that he donated around $38 million in 2016 alone to a variety of charities. His Elton John Aids Foundation has been going strong helping in the battle against HIV and Aids for more than two decades.

Rihanna is another star in the music business who has made her millions. She is a very generous giver and she even held an event that she called the Diamond ball to raise money for charity. It’s been reported that the fundraiser has brought in more than $5 million. In addition to this, the star has a fondness in her heart for the people of Malawi, so she works hard to raise awareness for the need to help with health and education needs in the country through the Clara Lionel Foundation.

Beyonce is another musician who is generous with her wealth. She’s one of the most giving people in the music industry. She supports a whopping 27 different charities with her time and with her money. She cares about a great number of worthy causes including support for creative arts and women and raising awareness and funding for victims of abuse. She’s made donations to local churches, charities for the homeless and supported housing projects to bring in low income homes for families in need.

Garth Brooks is a country music legend who has a heart for the kids. He supports a non profit corporation that is known as Teammates for kids, which is co-founded in 1999. The foundation is a conduit for making donations to non profit charities that serve children, particularly in the areas of health, education and for those kids within the inner cities who need support. The foundation is supported by more than three thousand professionals from football, rodeo and golf sports who make financial contributions which are not only matched, but tripled by the foundation.

Dr. Dre is one of the biggest supporters of charities within the Compton and surrounding areas of Southern LA. This is where he first got his start and it was reported that Dr. Dre donated ten million dollars for the purpose of erecting a performing arts center at the local high school. He’s all about the kids and he wants to give them all of the tools and opportunities possible to experience a fully rounded education that includes the performing arts.

Sean Combs is a rapper with a heart for kids and he’s making sure that those who are underprivileged are going to have a shot at getting a good education. he and Steve Perry of Capital Prep Magnet School have been working on the magnet school to offer college preparation classes at no charge for low income kids. The Harlem Native is doing what he can to help students to have every opportunity to prepare for and attend college.

Singer Gwen Stefani is another generous musician who is doing her part to make the world a better place. She not only donates money, but she also gives of her time to worthy causes. She supports LGBT causes as well as supporting events that donate the proceeds to the American Red Cross. She’s also involved in movements that help to raise funds for women who are vulnerable and in need of empowerment. in 2011, she donated a million dollars to the effort called Save the Children for their Earthquake Tsunami aid after the catastrophe struck the island nation.

Alicia Keys is a woman of conviction as we hear in her moving music, but she is also a woman of action. After the catastrophic typhoon left millions homeless and in need of aid, she took the time to go to the Philippines to work helping the young survivors from the Villamor Air Base. She gave out coloring books and crayons and talked with the victims of the tragedy, being there with her presence and her physical support in their time of great need.

Lil Wayne is a big supporter of charities and worthy causes. He donated funds that helped to build a park in New Orleans. He’s also got a heart for the people of Haiti and he has made big donations to supply clothing for the children in need there. He’s also made donations to purchase health care equipment for his fans in addition to supporting the victims of Hurricane Katrina with a two hundred thousand dollar donation for rebuilding a park and ensuring that it was done in grand style.

Barbara Streisand is a brilliant actress but she qualifies for our list because she may be one of the most beautiful singers of the twentieth century. The songstress is famous for her song ‘The Way We Were’ and she’s big on giving donations where the funds are needed. She donated more than a million and a half to help fund charities that deal with women’s cardiovascular research and education through the Cedars Sinai hospital and many other organizations which are completed through her own Barbara Streisand Foundation.

Chance the Rapper is another musician with a big heart. he established the new Chance Arts and literature Fund for starters. In addition for this, he’s raised millions of dollars in donation for the Chicago public School system. He’s doing what he can to make sure that kids are given the opportunity to get a good education. The Grammy winning musician has also received the Bet Humanitarian Award for 2017 for his support and care for those who are in need of a hand up.

Ariana Grande is the celebrity singer who is responsible for organizing the One love Manchester concert. She did so after the May 22nd bomb detonation that killed over 20 who were leaving one of her concerts. She did this to raise money to help the victims and the event was such a big success that they raised an estimated $13 million.

The former boy band One Direction got together as a team and raised money to help those who are afflicted with cancer for the Stand Up to Cancer campaign. They raised more than a quarter of a million dollars in the event which was held prior to the break up of their group. They also supported other worthy causes such as Greenpeace, Sport Relief and Comic Relief campaigns.

Willie Nelson was alarmed by the plight of farmers who were struggling to make ends meet, and many of them were not succeeding, so he joined forces with John Mellencamp and Neil Young and they put together a concert that they called Farm Aid with the first one held in 1985. The proceeds of the concert were distributed to families who were in danger of losing their farms. The organization that the musicians formed raised over $45 million and it helped many farm families to keep their homes and their livelihoods.

Bruno Mars is another generous soul in the music business. The legendary pop singer was moved when he learned about the issues with the water source in Flint Michigan with the lead poisoning in the water. Even when the stories stopped being broadcast about the devastated communities, Bruno Mars didn’t forget and move on. Instead he did something about it. He started raising money through his 24K Magic World Tour and donated $1 million to help with the problems.

Nicki Minaj is one of the queens in the hip hop industry and she’s quite capable of showing her attitude, but when it comes to people in need, she has a big heart of gold and she takes action. She not only donates of her personal wealth, she also gives of her time to help a tiny village in the country of India. A lot of people don’t know this about her because she isn’t doing it for the attention, she’s doing it because she really cares. Shes also been known to help some of her fans who are in need of help paying for their college tuition and she even opened a charity for this purpose. She’s responsible for providing the village she supports with free education, a computer center and clean water through her financial donations.

Justin Timberlake is also generous with his wealth. He’s donated around $3 million to the Shriner’s Children’s Hospital and also participated in a golfing event to raise money for charity. He also donated his CMA guitar to a USO charity to be auctioned off for a worthy cause. Timberlake is one of the most generous musicians in the business.

2 Chainz heads the yearly ugly sweater contest that you may have seen on “Good Morning America” a few years back. He raised an estimated $2 million to be donated to families in need of furniture, rent and other things. He’s also flat out bought vehicles for families who were victims of catastrophe. He shared that he understood what it meant to struggle financially and he has a soft spot when it comes to families who are going without the basic necessities of food, shelter and clothing.

Justin Bieber is another pop musician who has a generous heart. He joins our list of the most generous musicians who give to charity. When the catastrophic typhoon hit the country of the Philippines there were many victims who were left without food, clean water and shelter. He jumped in and helped to raise over a million dollars to help in the effort to supply much needed aid for the victims.