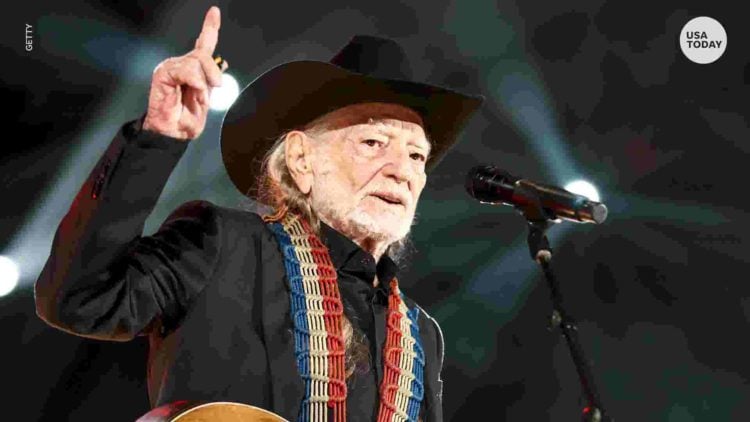 We all know him, and most of us love him, Willie Hugh Nelson is a living legend and iconic country singer. At eighty-six years old, he’s more popular than ever. Willie is still selling albums and living the good life. Yet even though he’s had an astounding twenty-five number one hits since he wrote his first song (at the age of seven), Willie is relatively poor for a celebrity of his standing. We had to know why Willie Nelson only has a net worth of $25 Million, so we dug up some information about the infamous singer’s financial history. It wasn’t what we expected.

Who is Willie Nelson?

Even if you don’t think you know who the incredibly ubiquitous and beloved old country singer is, you probably know his music. This year he put out his sixty-ninth solo studio album, Ride Me Back Home. Willie joined his first band at the tender age of ten. For the last seventy-six years, he’s been honing his craft. Willie produces music so prolifically that it’s impossible to imagine a world without his songs in it. Even if you’re not a country music fan, you have heard On The Road Again, or You Were Always On My Mind in a movie or TV show at some point. Additionally, he’s probably the most famous pot smoker in the world and an activist for biodiesel fuels and legalization of marijuana. For those of you living under a rock who still don’t recognize him, don’t worry, you’ve probably seen or heard him in movies, TV shows, and commercials more times than you ever realized. For example, Willie wrote several of the songs for Wag the Dog. He’s been on SNL, the Johnny Carson Show, Dukes of Hazzard, and done at least three hundred and thirty-six cameos as himself.

Where Did It All Go Wrong?

Given the fact that Willie has been arrested several times for marijuana possession, you might think he lost it all while doing time. Luckily for him, being a celebrity has its perks. Somehow he’s always gotten off with a slap on the wrist. In 1977, he was briefly in jail in the Bahamas, but Hank Cochran, his partner on that tour, bailed him out. He also brought beer. Willie hurt himself while celebrating and went to the hospital. The judge dropped the charges but also ordered him never to return to the country.

With so many appearances and records, not to mention tours, production credits, books, and other related income, surely he should be loaded. Did he donate the money, blow it all on a yacht the size of the Titanic, or lose it to an ex-wife? Intriguingly, no. Willie Nelson is still considered one of the ten most famous tax dodgers of all time. The IRS raided his home and ceased vast amounts of his personal property to settle his massive $16.7 million back tax debt.

They took gold records, clothing, and much more. Another person might have let it get them down. Willie, however, filed bankrupt, took it in good spirits, and even signed autographs outside the IRS building for cash, which he applied to his debts. Then he did one of the most hilarious and surprisingly effective things anyone has ever come up with; He released an album. The record was called “Who Will Buy My Memories,” and it did okay.

The fans didn’t just buy the album, though. They took it as a request, and Willie Nelson fans bought up his property at auctions. Then, in a truly beautiful and heartening turn of fate, they gave it back to the beloved singer who brought so much joy to millions. Obviously, he didn’t get it all back. Still, enough of Willie Nelson’s possessions were repurchased for him to make it clear, America loves Willie Nelson.

Did Willie Nelson try to scam the government? He’s always maintained that it was terrible advice from accountants. Under normal circumstances, we’d probably have something snarky to say, assuming that was precisely what happened. However, when a person metaphorically and perhaps literally shrugs their shoulders and then buckles down to work it out, we have to respect that. Willie didn’t just put out one album. He also did SuperBowl commercial and even a very funny commercial for H&R Block. Mr. Nelson made fun of himself. He made deals with the government, went on tour, and generally did whatever it took to make the money to settle that debt to their satisfaction. We don’t blame him for wanting to avoid jail.

It shouldn’t surprise you to learn that the good-humored singer is doing precisely what he’s always done. Willie still tours, does cameos, laughs about his mishaps, and puts out song after song. Everything that he’s been through in his career and financial life hasn’t changed Willie one bit. He’s certainly mastered the art of living well and enjoying himself regardless of what happens. We’re not sure if he’s a Buddhist, but we’re pretty sure he’s some sort of country music crooning zen genius. He can be found in “Luck” his ranch in Spicewood, Texas, when he’s not living at his home in Maui. Of course, Willie also still tours and may be busy anywhere in the world filming, singing, or having a good time. Well, anywhere except the Bahamas. He’s still not allowed to go back there.

Twenty-Five million dollars is more than enough to live comfortably for the rest of your life, even if you’re still very young. Even so, we hope he’ll be singing, playing his guitar, and laughing for another eighty-six years. It’s hard to stay angry about tax evasion when a person works so hard to make it right. He did settle the debt for about nine million dollars, but the negotiated sum was probably a result of his clear efforts to remedy the situation. Do you think it was fair that he got a reduced debt? Let us know in the comments section.