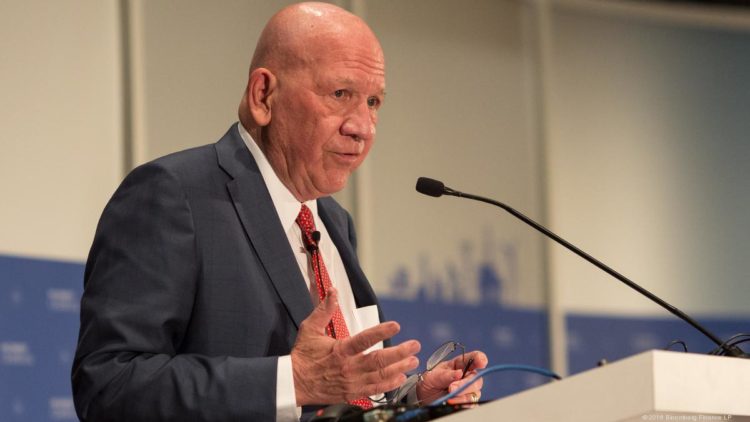 Who is A. James Teague? In short, he is the Chief Executive Officer of Enterprise Products Partners, a company that deals with oil and gas production that is based in the Houston, Texas area. Oil and gas production is one of the more prevalent industries, so it’s not at all uncommon to recognize the name of a company, or even to know a thing or two about it. That being said, it’s not so common to know a lot of information about the person who is installed as the CEO of that particular company. In this case, that person is A. James Teague. You can find out more information about him by reading through the ten things that are listed below.

1. He holds two positions with the company

It’s not the least bit uncommon to hold two positions within the same company, especially when you’re the CEO. Typically, the other position is that of Chairman. In this particular case, Teague is not only the CEO, but also the Director if the company.

In reality, he’s been in his current position for about two years. That’s really not that long when you stop and think about it, especially when you consider the fact that being the CEO of any company is a rather large project. That’s especially true when you’re talking about an oil and gas company that’s the size of Enterprise Products Partners.

3. He has a great deal of experience in the oil and gas industry

Even though he hasn’t been the CEO of the company for all that long, he does have a lot of experience within this particular field. Prior to coming to work for Enterprise Products Partners, he worked with a handful of other oil and gas companies over the course of his career. You might even go as far as saying that his previous positions gave him the foundation he needed to experience the level of success he has enjoyed thus far in his current position.

4. He even has plenty of experience with this particular company

Make no mistake about it, he isn’t new to this particular company, either. Before he became the CEO, he worked in different positions as he gained experience within the company itself. It was largely due to his leadership qualities that he was eventually selected for the position of CEO. These are the same qualities that he has consistently displayed throughout his professional career.

5. He’s active in other professional activities

Like most professionals at his level, he believes that it’s important to be active in the community and in the industry associated with his chosen field. Teague serves on no less than four Boards of Directors, all related to the oil and gas industry. This is largely because he realizes how important it is to remain active in his field in order to ensure the best interest of all involved.

6. His company serves something of a dual role

Most people think that his company is only involved in oil and gas production, but there is actually an entirely separate side to the business that focuses on transporting crude oil from place to place. As a result, the company is capable of producing oil and gas and then transporting to other locations around the country, and n some cases, even to other countries.

Enterprise Production Partners is one of the most dominant companies in the industry. This is mainly because they have the capability to handle virtually everything about oil and gas production, from start to finish. Much of this is due to the vision of Teague, who can now say that his company has made the fortune 500 list.

Teague wasn’t really handed anything when he was growing up. Instead, he was expected to work for the things he wanted, and he still remembers the lessons this taught him, even all these years later. As a direct result, he has created his own level of success.

9. He is transforming the internal focus of the company

Even though most people rely heavily on the production of oil and gas, they don’t really have a positive view of the industry. Teague is working to change that by changing the company culture from within. His goal is to shape that culture so that the company itself can become more popular with the general public.

10. He sees the bigger picture when it comes to his chosen field

He understands that there are issues with the oil and gas industry. That being said, he is working hard to correct as many of those issues as he can and to work with others in order to find solutions to some of the other issues that are more long-term.