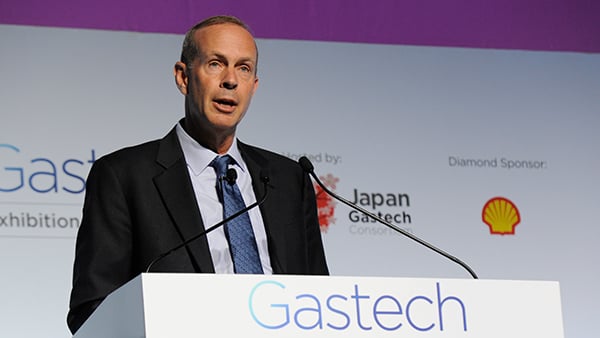 Rising to the top of your profession is something many people dream about – and work hard to achieve. Michael Wirth has risen to one of the rarest positions in the corporate world – the CEO. He has brought a boatload of experience in the oil industry as well as specific experience within the walls of Chevron to earn the confidence of Chevron’s Board of Directors to get the nod to assume the position beginning in February of this year. Such an achievement deserves recognition, and it is in this vein of thought that this list of 10 things you didn’t know about the new Chevron CEO is presented. We think you will find a little bit of your own achievements and goals in this list.

1. He is a refining specialist.

The trend in the oil industry is to put technical people in the top spots because with lower oil prices and global challenges the need for people who are familiar with the nuts and bolts of the business are becoming increasingly valuable. Mike, as he prefers to be called, has been at Chevron for 35 years, so he knows both the history of the company and its future needs.

2. He is involved in sports organizations.

3. He recently cashed in on some Chevron stock.

On May 7 of this year, Wirth sold 130,000 shares of Chevron stock and pocketed a cool $16.6 million. The average price per share was $128, so you can check the latest ticker and decide whether or not this was a savvy move. Law requires corporate executives to report their insider trading moves.

4. He has an academic background suitable for the CEO position.

Mike has a Bachelor of Science degree from the University of Colorado in chemical engineering he earned in 1982. That was also the first year he was hired and started working for Chevron as a design engineer. Though a technical position, he would continue his personal and professional education through experience and training to lay the foundation for his ascent to the top.

6. He remains connected to his alma mater more than 30 years after graduation.

As a serving member of the Dean’s Engineering Advisory Committee at the University of Colorado, Mike has not only been successful in the corporate world but extends that success as a motivating force to current students. He also will show up in classes on campus to talk with students.

His experience at Chevron includes corporate strategy, business development and policy, and government and public affairs. This makes him especially qualified for the top position as he has firsthand experience with virtually every facet of the organization.

8. Rising to the top will result in him receiving a nice compensation package.

That is to be expected from anyone appointed as CEO of a multinational corporation, but his reported annual salary of $1.5 million is likely to be increased along with the perks and compensation package that is expected to exceed $15 million.

9. He played on the basketball team in high school.

Raised in Golden, Colorado, Mike attended Golden High and found time to play on the school’s team. He was named to the All-Conference team in his senior year.

10. His exact net worth is unknown but …

Beyond his $1.5 million annual salary we also discovered he took advantage of some stock options that he sold for $3,298,550. This is separate from the earlier $16.6 million in stock he recently sold. That would put is net worth in the $30 to $50 million range, if not higher.