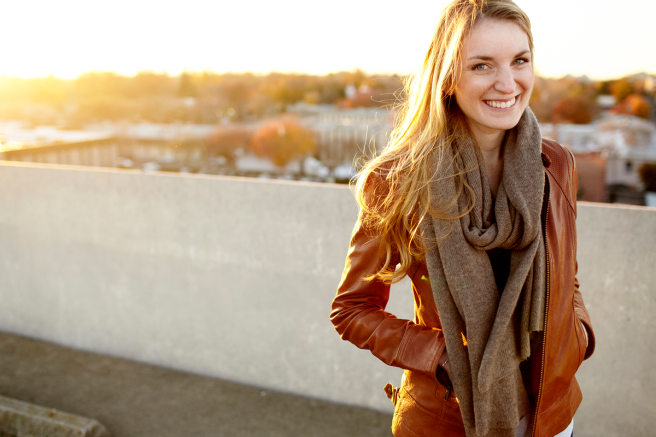 Ringly is a company that focuses upon fashion through the use of technology. It takes a new and modern approach that integrates technology subtly yet fashionably into the every day aspects of our lives. It appeals to people who are into wearable technology, yet demand the highest delivery of performance and aesthetics. Ringly makes use of rings which are infused with electronics, but they are not ordinary rings. They are encrusted with eighteen karat gold plating along with an array of precious and semi precious gemstones.

They are designed to offer a slight vibration and a light to provide alerts that will let wearers know when there is an incoming smartphone notification. The alert settings are controlled through the app that Ringly provides to go with the elegant and fashionable devices. The company has also expanded to include the production of futuristic accessories with smart technologies that recognize movements and gestures.

As a startup the company has raised $5.1 in series A funding for venture capital. The CEO and founder of the company is Christina Mercando. She brings a wealth of talent to the venture and on top of this, we’ve discovered some interesting facts about her that we’d like to share with you.

1. Christina founded another startup in 2011

She has been a busy professional. In 2011, she founded the Hunch startup that focused on the generation of personal taste graphs of the internet. She grew the company to a successful level and they sold it to Ebay in 2013. She has tremendous entrepreneurial skills and this isn’t her first rodeo.

She is now wed to Ross Charles d’Avignon in Pocantico Hills, New York. The couple tied the knot in September. He works for a digital advertising agency and holds a masters degree in communications from Northwestern.

3. Both Christina and her husband are the children of doctors.

Her father is a cardiologist and an associate medical professor at Columbia. His father is a radiologist and consultant reviewer for a health care company. We’re not sure if the fathers had anything to do with the two getting together.

The Ringly company which she founded and is currently CEO of has a valuation of more than a billion dollars. Mercando has a strong track record for building company value with her innovative ideas that propel them to the top of the list.

Being the CEO doesn’t limit her responsibilities with the Ringly company. The lions share of her time is spent in overseeing various areas of the company. She has her plate full with design and marketing (she just happens to be a whiz at these), software, hardware and product management. Instead of hiring someone to take care of this, her preference is to do it herself.

6. She dreams of making a pitch to Angela Ahrendts

When asked to choose one person to make a business proposal to, she chose Ahrendts of the Apple corporation. More than throwing her a pitch, Mercando admitted that she would really like to just have a conversation with her about how fashion and technology intersect. It’s plain to see that Christina is keeping her head in the ball game and always on the lookout for ways to improve the business.

7. She wishes that she had started sooner

Christina Mercando is a risk taker. But this hasn’t always been the case. It’s obvious that she has amazing business savvy and a great fashion sense, but when asked what advice she would have for herself at age eighteen, the answer was surprising. She would tell her younger self to start taking risks earlier. We know that she was referring to the action in the business sense of the word.

8. The most important company to her besides Ringly is JustWorks

She gives the credit where it is due. The JustWorks company has been a big help to her as an entrepreneur. She credits them with skillfully handling the payroll and benefits programs. This has allowed her to spend more time on growing the Ringly business and she is very quick to show her gratitude and promote the good work that they have done for her and her team.

This shouldn’t come as a surprise. This is where her family lives and where she has achieved some of her greatest accomplishments. New York is a hub for entrepreneurs in the fashion industry. It allows her creativity to flow and from what we can tell, she’s good for New York, and it has been good for her.

10. One of her favorite quotes was made by Coco Chanel

The quote that she so dearly loves is “In order to be irreplaceable, one must always be different.” We see that Christina is different in her approach to business building. She is innovative and always looking for some new technology that she can link in well with the fashion industry.

Christina Mercando is truly an amazing young woman. She has successfully started and grown an innovative new business that has a net worth of more than a billion dollars by melding fashion with technology. She has done very well in her initial endeavors but she’s not stopping there. The future looks bright as plans for expansion take her further into the depths of the new technology that is arising and we’re anxiously awaiting the announcement of her new wearable tech items that will actually feature gesture and movement recognition.

Although this may seem like some futuristic scene from a sci fi movie, it is the society that we’re currently living in and Christina Mercando is keeping her finger on the pulse and moving ahead in accordance. Her goal is to give the public the most aesthetically pleasing and high performing wearable electronics possible. Consumer appreciation is shown through the raging success of Ringly and we expect this trend to continue as Mercando continues to grow and expand Ringly to include a broader selection of products. Ringly is a startup to keep your eye on.