Home
Business
Technology
Is it Possible To Colonize Mars by 2025?
Prev Article Next Article 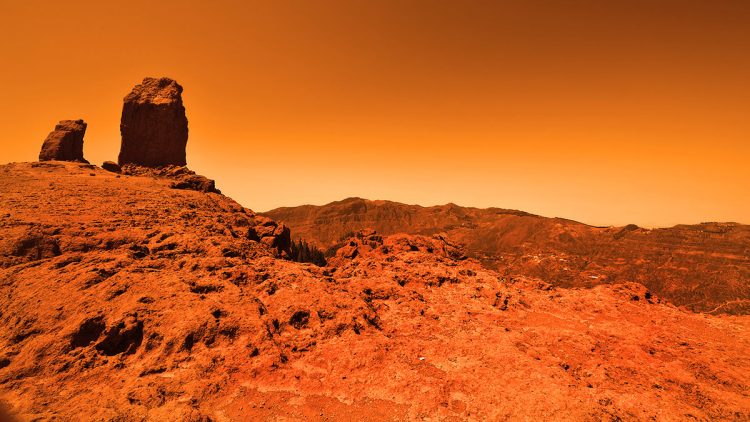 Mars has been a source of immense fascination since ancient times. The Egyptians saw it as Horus, the divine counterpart of the Egyptian pharaoh, whereas the Babylonians saw it as Nergal, the Babylonian god of such terrible and awe-inspiring domains such as war, fire, and pestilence. Similarly, the Chinese saw it as the star that represented the element of fire, which is an association that they passed onto other cultures throughout East Asia. As a result, it should come as no surprise to learn that as we learned more and more our solar system, the Red Planet became a vessel for more and more of our hopes.

For example, astronomers in the late 19th century observed long, straight lines running across the face of Mars, which soon convinced some to see them as signs of Martian civilization. Although these lines proved to be optical illusions rather than the canals that they seemed to be to so many observers from the Earth, they nonetheless managed to inspire reams and reams of speculative fiction about Martian civilizations, with examples ranging from John Carter to War of the Worlds. Given these facts, it is no wonder that Mars became the main subject of interest for those who are interested in extraterrestrial colonization, though it helps that the Red Planet is also the closest planet to the Earth.

At the moment, there are a number of institutions that have announced their interest in colonizing Mars, though their stated intentions are ambitious, to say the least. For example, Elon Musk at the head of SpaceX is planning to colonize Mars by 2025, whereas NASA is slightly less ambitious in that it is planning to colonize Mars by the 2030s. (1) In both cases, there are numerous reasons to doubt whether their abilities will match their ambitions, which is not a disparaging comment about their expertise and experience but rather an acknowledgement of the enormous challenges awaiting them should they actually begin to put their plans into action. (2)(3)

Here are some examples of the challenges that make it unlikely that we will be able to colonize Mars by 2025:

1. First and foremost, sending things to Mars is a serious challenge in its own right. We have managed to send some things to the Red Planet in the not so distant past, but it is important to note that the people as well as the tools and supplies needed for a true colonization will need a lot more space, which in turn, means a lot more power for a lot more weight. This is rather ambitious, considering we are not even capable of putting people on our moon, not because of conspiracy theories that NASA faked the moon landing but because those technologies have been too long out of use.

2.  Second, Mars lacks most of the things that make our particular kind of life possible on the Earth. For example, while Mars has water, there is so little of the precious substance on its surface that the colonization of Mars will need either regular shipments of water, some way to come up with more water, or both at the same time. Similarly, Mars has no atmosphere, meaning that there are similar considerations when it comes to breathable air. Given that we still have problems keeping research stations in the Antarctic supplied, it should come as no surprise to learn that keeping Mars colonies supplied will be even more challenging, particularly since even small slip-ups will likely result in serious consequences because of the tight situation.

3.  On a related note, the tenuous atmosphere on Mars is extremely dangerous to humans because of cosmic rays. In short, our atmosphere keeps out most of the cosmic rays that bombard Earth on a constant basis, but some slip through to cause problems for human health, with a famous example being how airline crews have slightly higher rates of cancer than the general population because they spend so much time so high in the air. On Mars, the tenuous atmosphere means that the Martian colonists will be completely and utterly exposed to the cosmic rays, meaning that they had best hope that their buildings and their vehicles are adequately shielded against them and their carcinogenic effects.

4.  Legally, the colonization of Mars is going to be a horrible mess. In part, this is because of the Outer Space Treaty, which has an extremely important and extremely relevant clause stating that nations cannot claim ownership of the land on celestial bodies. As a result, there will be an interesting but nonetheless serious discussion about the legal grounds of the proposed Martian colonies, which is important because many of them have economic aims in mind. Regardless, it should also be noted that successful Martian colonies will need some way of resolving disputes between themselves, seeing as how terrestrial authorities are going to have a hard time performing the roles that are so critical to modern existence because of the sheer distance involved. Something that is going to become particularly painful if multiple Martian colonies ever manage to spring up on the Martian surface.

5.  Finally, it is worth noting that colonization is an inherently difficult and dangerous process that tends to get people killed when something goes wrong. For proof, look no further than the sheer number of early European settlers in North America who died either because of insufficient information or because of insufficient preparation. Granted, they were much less capable than our own modern societies, but at the same time, their challenges were also much more manageable than the challenges to colonizing Mars, seeing as how they could theoretically maintain themselves through fishing and farming while also possessing potential lifelines in the form of regular contact with their home countries as well as contact with the friendlier Native Americans.

Summed up, sending people to Mars will be an expensive, complicated, and time-consuming matter, but a true colonization of the Red Planet will prove to be that much more so. It is impossible to tell whether Elon Musk’s prediction will true out to be true or not because predicting the future is never simple and straightforward, but considering the sheer number of challenges that will be awaiting such an attempt, it seems safer to bet against him than on him.