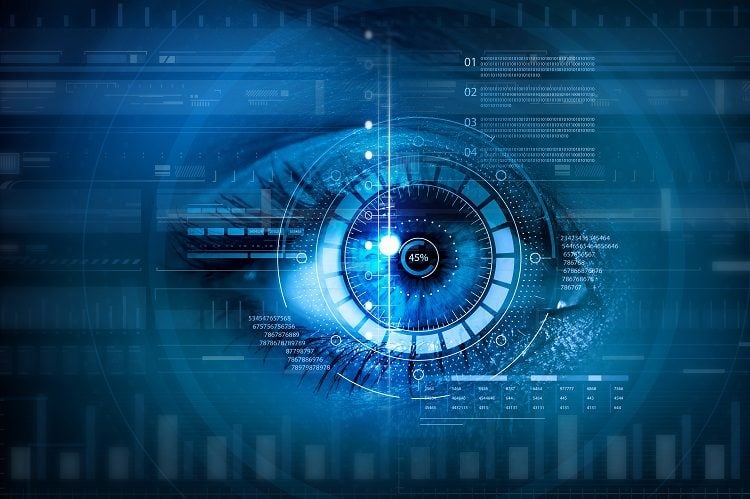 When people first began using computers, they were an exciting new technology, but people used them as little more than electronic typewriters. Now they have become an integral part of daily life for both businesses and for personal use. Their functions and capabilities are almost endless, and they make many aspects of life much simpler. Scientists and inventors are continuously looking for ways to enhance the capabilities of computers to make them even more efficient and to give them additional uses. One area of development in science and technology is computer vision.

According to Science Daily, computer vision is the science and technology of machines that see. This scientific discipline is about both the theory and the development of computers that can read information from images and multi-dimensional data. This discipline differs from other areas of artificial intelligence because artificial intelligence generally focuses on the input of data to make a machine perform specific actions or to move through an environment. Computer vision is more about the machine inputting its own data using a vision sensor that provides information about the environment. Computer vision can also refer to pattern recognition and learning techniques. Techopedia explains that it is not just about the machine seeing an object, but also about processing the data so that the observations provide useful data. Furthermore, computer vision is also about how the machine then uses this data for actions.

One example of potential use for such technology is in cars to aid a driver and perform the same functions as a human. If a car was fitted with computer vision, it could theoretically identify objects on or around the road. This could be useful for providing the driver with information or even for stopping the car to prevent a collision. When humans see an object, such as a person walking suddenly into the path of their vehicle, they must react instantly. This process involves identifying the object, processing the data, and then making a decision of how to respond. The aim of computer vision is to enable computers to perform the same complex cognitive processes and to perform the same tasks with the same level of efficiency as humans. The Next Web explains the process of trying to create computer vision with the process of a small child learning to recognize objects. In both cases, neural networks are trained to recognize objects, and this is a complex process.

It is easy enough to get a computer to recognize an image, but it cannot understand the environment or if the image is presented in an unexpected way. To give artificial intelligence and understanding of the physical universe, it needs training like a child. When children are learning letters and numbers, the child must see an image of the letter or number several times before they can recognize the image. Surprisingly, once they recognize the image, they can even identify it if the letter or number is shown to them upside down. As a child’s biological neural network develops, they can even recognize an image if it is presented to them in an unexpected way as humans can interpret visual information. This is the aspect of image recognition with which artificial intelligence has difficulty. If an image is presented in exactly the way it has been presented before, the computer can recognize the image. However, if there are changes and the image is presented in an unexpected manner, a computer does not have enough understanding of the physical universe.

Scientists are trying to overcome this challenge by feeding thousands of pictures of the same object presented in different ways into computers. The computer can then assess the pixels in each picture. When images of the same object are presented to them in the future, they analyze the pixel data and compare it to the pixel data from previous images. Even if the object is presented in a different manner, the computer can decide whether it is the same object by assessing the pixels that are the same. Experiments into computer vision first began in the 1950s, says Forbes. Now, there are multiple applications for this technology and the computer vision market is predicted to exceed $48.6 billion by 2022. Although autonomous vehicles are often the most talked-about use of computer vision, this is far from the only application for this technology.

China is leading the way in facial recognition technology, which uses computer vision. The applications for facial recognition technology include payment portals, theft prevention, security at airport checkpoints, and police work. Another use is the Google Translate app. By taking a photograph of a sign in a foreign language, the app can read the information and translate it accurately into your preferred language almost instantly. Healthcare is one of the industries that will benefit the most from computer vision because approximately 90 percent of all medical data is image-based. Therefore, it is possible that computer vision could have many uses in the healthcare industry. This technology could be used as part of new diagnostic methods for interpreting mammograms, scans, and X-rays. This could help to identify and diagnose medical problems earlier and with greater accuracy. Healthcare professionals may even use computer vision to assist with surgery.

Agriculture and manufacturing could also benefit. In agriculture, there is already autonomous machinery that uses computer vision to recognize the quality of grain and finds the optimal route through the crops. Another potential agricultural use is using computer vision to identify weeds to apply herbicides directly to specific areas, thus reducing the amount of herbicide used. In manufacturing, computer vision is already used for predictive maintenance, product control, packaging, and identifying defective products. Finally, computer vision is helping sports professionals to improve their performance. Computer vision is used in play and strategy analysis, and as part of real-time tracking to assess a player’s performance and ratings. Further use in the world of sports in tracking the visibility of brand sponsorship in sports broadcasts.