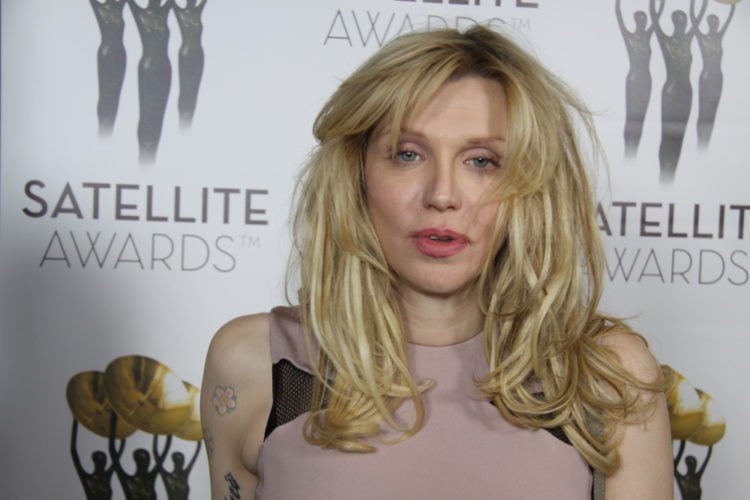 Courtney Love is a singer who has mostly been known for her wild party days than her music. Still, her mother, Linda, blamed Courtney’s tumultuous life on the family curse of firstborn daughters. Linda explained that it had been a generational curse of molestation, abandonment, and drug addiction. Despite all the issues that have plagued Courtney, she managed to become an iconic rock star earning quite a tremendous amount of wealth. Check out how Courtney Love’s net worth grew over the years and why she would be worth so much more.

Courtney was born in 1965 to Linda and Hank, but her parents divorced when she was five. Her father was allegedly never going to be the father of the year since Linda accused him of giving Courtney LSD when she was still a toddler. Although Courtney can barely recall such an incident, she believes it happened and that Hank spoke about it like it was a biological experiment. Like Linda, Courtney suffered from weird nightmares, screaming fits, and unexplainable fears. Therefore at school, Courtney did not have any friends. The singer had a make-believe Swedish friend whom she later said did not want to be friends with her anymore. As Linda told Seattle Weekly, Courtney lived in a fantasy world.

At 14, Courtney shoplifted a Kiss T-shirt from Woolworth hence landed in an institution for criminally-inclined teenagers. She spent almost two years in the institution, and once she was out, she had no place to call home. Therefore, she would sleep on friends’ sofas. Courtney figured she needed to make money once she was 16 and legally emancipated from foster care; thus, she began picking fruit, deejaying, and dancing topless at different clubs in Taiwan, Japan, and Portland.

By the time she was 17, Courtney had gained an interest in music and hung around record stores and rock bands. It must have appealed to her because, in 1989, she formed the band, Hole, after responding to a Los Angeles advert that called for comrades influenced by Sonic Youth, Fleetwood Mac, and Big Black. She stuck with Courtney Love, a stage name she had adopted to hide her identity when she became a stripper in Hollywood, Oregon, and Alaska. Using the money earned from stripping, Courtney bought a van and equipment for her new band, according to MamaMia.

Finding Solace in Music and Making Money from It

Courtney began using music to express her rage, depression, and whatever else was going through her mind leading to Hole’s debut album, “Pretty on The Inside.” In 1991, she wrote “Asking For It” after she stage dived into the crowd, and they tore her clothes apart, leaving her naked as they whispered vulgarities in her ears. She still went back onstage, though naked, and she wondered if she had asked for it hence the song. In 1994, “Live Through This,” the band’s second album was released, and as Rolling Stone explained, the songs that Courtney wrote at the peak of her fame were mostly informed by her own need to self-destruct.

However, the sophomore album was not released in the best of circumstances; it came out the same week that her husband, Kurt Cobain, committed suicide. Even before Courtney had time to digest what was happening in her life, Kristen Pfaff, the band’s bassist, died of a drug overdose. Melissa Auf der Maur replaced her, and the band kept touring the world and driving fans crazy. Hole was a commercial success; besides getting Grammy award nominations, Hole boasts of making over 3 million record sales in the US alone, which of course, translated to millions for the bandmates.

Courtney began as an actress before turning to music. She made her film debut in 1984 with “Club Vatican” and has consistently been in the film industry. Her acting skills are also quite impressive since she has bagged a few awards, including a Best Actress Award for “Julie Johnson.” Her success in the film industry has also seen her clinch a few roles in television shows such as “Empire.” Although her pay is not disclosed, it should be a massive sum from all her roles, helping her reach her net worth of $100 million.

When Kurt Cobain died, his wealth was transferred to Courtney, who inherited his publishing and writing rights valued at $115 and $130 million, respectively. Also, she inherited Kurt’s personal effects, including expensive guitars and clothing, among many more items collectively valued at $120 million. Of course, this does not add up considering that Courtney Love’s net worth is now only $100 million, so where did the money go?

Well, according to Celebrity Net Worth, Courtney claimed that most of the money was stolen or lost by bad financial advisers and accountants. That was in 2009; the estimated damage to her finances was $500 million in real estate and $30 million in cash. The amount significantly diminished what would also go to Frances. When she turned 18, and the estate was turned over to her, Frances inherited $100,000 monthly as royalties from her father’s music, and Courtney had been pocketing a considerable amount too.

Courtney does not seem to mind losing Kurt’s inheritance hence the conflicting stories about how the money has vanished. In 2006, she sold 25% of her shares of publishing rights. She said she had lost $27 million of Nirvana money but did not bother because she is financially solvent. The singer added that she had to let go of Nirvana’s money because she made enough to live comfortably. That was quite a change of heart for someone who had in 2001 sued for control of Nirvana’s recordings and had alleged that Universal had cheated her out of $3.1 million in Nirvana royalties. In 2014, Courtney added that she had been offered $6 million for 18 seconds of a Nirvana song, but she rejected the offer meaning that she has chances to increase the net worth but is not interested.