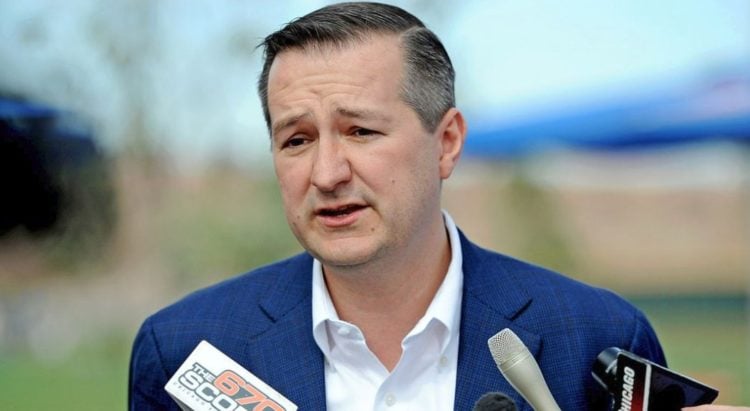 Thomas S. Ricketts is the owner and chairman of the Chicago Cubs. He and his family are known for restoring Wrigley Stadium and putting a sizable amount of their own money into the venture. Tom is an interesting person and he comes from a family that knows the meaning of hard work and persistence. Most people who are outside his circle of friends and family just know him as The Cubs owner, but there is a lot more that is worth knowing about him. To give you a better look at Ricketts, here are 10 things that you probably didn’t know about him.

1. He’s a CEO of an investment firm

Tom S. Ricketts doesn’t just depend on family wealth or returns from the Cubs team. He is the chief executive officer of a Chicago investment banks named Incapital LLC. The company deals in corporate bonds that are marketed to retail investors.

2. Tom Rickets is the son of Ameritrade’s founder

Tom is sthe son of J. Joseph Ricketts, who founded the TD Ameritrade Holding Corporation. Thanks to his father’s business savvy and wise investments, the family has an estimated wealth of around $1 billion, under the father’s name. Tom serves as a director of Ameritrade as well as his other executive position, making him a very busy man.

Tom’s parents had four children. Tom grew up with Pete, Todd and Laura. Together with their parents, all four siblings share an interest in the Chicago Cubs which is set up under the family trust. They acquired the team when Thomas placed the winning bid of $875 million. on Halloween of 2009.

4. He is married with five children

Tom Ricketts is a family man. He is happily married to his wife Cecilia. He has only been married once and the couple are still together. They are busy raising the five children that they have together in Wilmette, Illinois.

5.  On His Franchise’s Revival

6. He attended the University of Chicago

Thomas didn’t waste any time after graduating from High School. His older brother Peter was already away at college, and Thomas was right behind him. He moved in with peter and enrolled in the in the same school, the University of Chicago. He began in 1983 and finished his bachelors degree, graduating in 1988, then going back to earn his MBA in 1993. He earned the distinction of becoming a distinguished alumni from the school because of his outstanding leadership.

Tom Ricketts believes in education and he’s also quite generous in helping others. He volunteered time at the school and he also set up an endowment fund. The fund established the New Year Scholarship Fund to help students finance their educations. Tom chose that name because he’s very fond of celebrating the Chinese New Year. The endowment fund is not the only donation he has made to the University. It is just one of many that he’s made since graduating and taking his role as a distinguished alumni seriously. Ricketts has done a lot to help others achieve success.

8. His connection with the Cubs goes back a long way

Tom Ricketts was just 18 years old when he fell in love with the Cubs team. He attended games while he was attending classes at the University of Chicago. It was at Wrigley Field that he first met his now wife Cecelia. When he introduced himself to her he had not yet placed the winning bid for the team. He wasn’t elaborate with his introduction either. He simply told her that he and his family were Cubs fans. As it turned out he was such a big fan that some years later, he would slap down $875 million to buy the team for the family.

9. He was a Market Maker out of college

After completing his bachelor’s degree in 1988, Tom Rickets took a position with the Chicago Board Options Exchange. He was a market maker from 1988 through 1994. During that time he was working on his MBA. Upon completion of the degree, he accepted a position with Mesirow Financial, where he served as their vice president from 1995 until 1996. He left to join ABN AMRO where he successfully served as their vice president in the brokerage division. He is the companies pioneer in bringing the internet into their marketing strategies and implementing more technologies for selling their bonds to retail investors.

We told you earlier that he was the CEO of Incapital, LLC, but he’s also the owner and founder of the banking institution. He established the corporation in 1999 and still remains at the helm. Thomas S. Ricketts was born into a family with great financial means, but he’s earned his own way through hard work in his life.