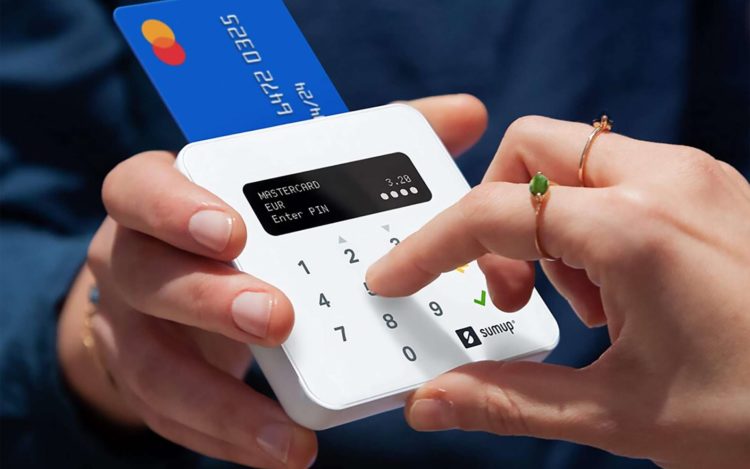 Daniel Klein is the co-founder and CEO of SumUp, a UK-based mobile payment startup that’s revolutionizing how small and medium businesses drive payments. Having recently raised over $895 million in its latest round of funding, SumUp is set to build on its prominence in Europe, the US, and Brazil by expanding its global footprint even further. Prior to founding SumUp in 2012, Klein gained extensive experience in the fintech industry through his involvement in the internet-focused payment service, Moneybookers (or Skrill, as it’s since been re-branded). If you’ve ever wondered what it takes to run one of the fastest-growing start-ups in Europe, find out now as we uncover ten things you didn’t know about Daniel Klein.

1. He’s a veteran of the fintech industry

Klein’s success with SumUp might be what’s propelled him to the global stage, but his history in the fintech industry stretches back years. In 2001, he and Benjamin Kullmann founded Moneybookers, the internet-focused payment service that’s since been rebranded as Skrill. Klein was instrumental in much of the company’s early success. Within just 6 years of its inception, it had grown to become one of the top three e-payment solution providers in Europe. By 2010, it was ranked as the fastest-growing private equity-backed firm in the UK. The growth of the company was fueled by a winning combination of online integration with brands such as Facebook and Skype and early adoption by the online gambling community

Asides from SumUp and Moneybookers, Klein has shown his entrepreneurial spirit on several other occasions, most notably with the launch of Pure Energy Ventures Limited in August 2005. He continued to work with the company until it ceased trading in 2016.

In 2011, Klein conceived the idea of SumUp. A year later, he unleashed his new company on the public. Headquartered in London, UK, the company aims to simplify the payment process by using proprietary hardware and mobile apps to enable businesses to accept card payments in a cost-effective, secure way either at Point-of-Sale or on the go. Despite the simple premise of its mission statement, the revolutionary nature of SumUp’s offering has allowed the business to enjoy rapid growth. It now covers 15 markets, giving it the largest global footprint of any mPOS company.

Whether it’s his background in the industry or SumUp’s value proposition that has proved the most appealing, who knows? Regardless, Klein has managed to attract an impressive roll-call of investors to SumUp’s door over the years, including American Express, BBVA Ventures, and Groupon. The list of partners he’s bought on board is equally impressive, with the likes of Bosch, Staples, DHL, ScrewFix, FirstData, and Freenow all jumping aboard the SumUp bandwagon.

5. He thinks he has the edge over the competition

SumUp is by no means the only company working in the field of payment solutions. iZettle, Payleven, PowaPOS, PayPal… the list goes on. So, what gives it the edge over its competitors? According to Klein, it all comes down to SumUp’s unique business model. Speaking via tech.eu, Klein explained how, unlike other similar companies, SumUp tries to rely as little as possible on third parties. Instead, it utilizes proprietary software and hardware to maintain end-to-end control of the entire payment system.

Giving that SumUp is less than a decade old, its rate of growth has been phenomenal. Under Klein’s direction, the company has expanded to include offices in the Netherlands, Germany, the US, Denmark, Ireland, Ukraine, UK, Luxembourg, Chile, Brazil, Bulgaria, and Poland. Considering the speed of its global rollout, it’s not too surprising to learn that Klein and SumUp were awarded the title of Fastest-Growing Private Company in Europe on the Inc. 5000 in 2018.

That Klein is capable of leading SumUp to success is obvious. But just how popular is he with his team? Is he the kind of boss his underlings fear, or the kind of leader that inspires? Judging by his approval rating over on Glassdoor, it seems to be the latter. The SumUp CEO enjoys a phenomenal 87% approval rating among his staff, with many of the site’s users earmarking him for praise. “The CEO is amazing and truly cares for the employees and merchants,” one user has said, which seems to sum up the general consensus (although considering one reviewer has offered the short but sharp comment “Bad CEO,” there might still be a little work to be done before everyone is singing from the same hymn sheet).

In 2016, SumUp became the first mobile payment company to hit profitability. As noted by sumup.com, the company doubled its revenue in the first six months of 2016 alone, resulting in an annual revenue of around $100 million. Considering the company was only 4 years old at that point, it constituted quite the achievement. Speaking at the time, Klein celebrated the momentous achievement by noting: “We are the world’s first company to prove that empowering small merchants with card acceptance can be a profitable business.” “Nothing can stop us now and we will keep making card acceptance more and more affordable around the globe,” he added.

9. He’s raised over $1 billion in funding

Regardless of how great a company’s concept is, it’s unlikely to go anywhere without the necessary funding. Fortunately, Klein hasn’t had any problems in attracting investments. According to CrunchBase, SumUp has raised a total of $1.3B in funding over 10 rounds. Most recently, it secured $895 million from a debt financing round led by Oaktree Captial Management and Goldman Sachs.

10. He’s keeping silent about SumUp’s worth

The latest round of funding may have pushed the total raised by SumUp to over $1 billion, but if you were expecting there to be any revelations about the company’s worth, you’re out of luck. Klein is thus far remaining tight-lipped about just how much SumUp is worth. Back in 2019, he revealed that it had passed the $1 billion valuation milestone needed to propel it to Unicorn status. But just how much the situation has changed since then is something he’s determined to keep to himself.