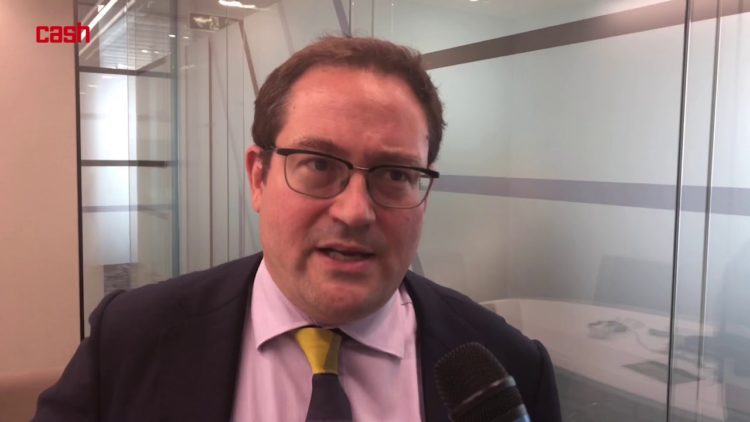 David Dudding is a 49-year old Briton UK national, born in 1971. He studied at the University of Oxford, where he graduated with a Master’s degree in Philosophy as well as History and European Politics. He joined Columbia Threadneedle Investments in 1999 as an equity research analyst. Dudding proceeded to manage the European Smaller Companies fund for a period of 10 years up to December 2012. Currently, he serves as the leading portfolio manager of the company. He is a member of the UK’s CFA Society and holds the Chartered Financial Analyst designation.

1. Worked as a Financial Analyst at John Swire & Sons

Swire is a fully diversified global company that operates mostly in the Asian Pacific region, with most of its operations in Mainland China and Hong Kong. Within Asia, the company is run under its publicly declared arm, Swire Pacific Limited. In other global regions, the company runs as John Swire & Sons and operates in East Africa, USA, UK, Australia, Sri Lanka, and Papua New Guinea. The company’s headquarters are in the United Kingdom. Its vital role is to formulate and direct overall group policies and offer a range of services such as staff recruitment, employment, and training for the entire group and its branches. It employs more than 133,000 workers globally.

This portfolio was ranked 22 out of 106 for more than 60 months in Europe, excluding the United Kingdom. David Dudding has been the fund’s manager since November 2013. The portfolio seeks to attain capital appreciation by investing mainly in the equity securities of companies based in Continental Europe. They may include small, medium, or large corporations. In its approach, the portfolio is elastic enough to acquire large sector and stock positions, which can trigger increased volatility.

This portfolio was ranked 120 out of 363 for more than sixty months globally – excluding the US. This equity targets long-term capital growth. Usually, it invests at least 80% of its net assets in equity securities, including preferred stock, common stock, and depository receipts of firms established in three or more countries apart from the US. Furthermore, it targets investing in companies that exhibit growth potential. It may also invest in securities any market capitalization issues.

According to Leonora Walter’s post in the investors CHRONICLE, David Dudding is perceived as a “bottom-up” kind of investor. He chooses shares as per the company’s merits instead of the financial or economic considerations. While talking to Walter, Mr. Dudding says that he doesn’t think of organizations as exporters or domestic when deciding to invest in them. He only selects those that have the potential to thrive through the cycle and grow their prices.

This fund was ranked number 19 out of 106 for more than five years in Europe except for the UK. It aims at achieving above-average long-term capital growth. Under the management of David Dudding, the fund seeks to exceed the FTSE World Europe, excluding the UK index above rolling three years, after deducting charges. This active fund invests at least 75 percent of its assets through a concentrated share portfolio from companies based in Continental Europe or those with massive Continental European business operations.

According to a video interview with Cash, David Dudding revealed that he buys his daughter Nestlé shares each year. According to him, Nestlé is growing better as a company in the long-term. The organization is much more established today as compared to a few years ago. But in the real sense, Nestlé focuses on long-term weaknesses and strengths. According to Dudding, the company is massive, and any changes take a lot of time to be implemented.

This portfolio was founded on 31 March 2013 under the management of David Dudding. It was ranked 32 out of 3600 for one year globally, and it focuses on achieving capital growth over the long-term. Under Dudding’s leadership, it aims at outperforming the MSCI ACWI Index above a rolling 3-year period, after charges deduction. Just like the European Select Fund, it is actively managed and makes a 75% investment of its assets for companies’ concentrated shares globally.

The editors from Finanz Verlag chose David Dudding as the 2020 Funds Manager winner. According to a recent interview with Börse-Online, Dudding expressed his gratitude for the award, alluding that that’s every fund’s manager dream. He, however, notes that he was also lucky since the markets have been on an upward trend in recent years, with a successful Quality Growth investment model. He also gives due credit to a supportive team that aided the search for firms with the ability to attract market share. without the effect of general market developments.

9. He is Citywire AAA-Rated

David Dudding is one of the few fund managers who are Citywire AAA-rated. The company named him as the most consistent European Small Cap manager for his outstanding performance running Threadneedle European Small Companies fund. For fund managers to be rated by Citywire, they need to beat their benchmark over a 3-year term. Benchmarks symbolize the most relevant stock market index.

This portfolio aims at achieving capital growth through investing primarily in a concentrated equity securities portfolio of corporate issuers, domiciled, listed, or conducting most of their businesses in emerging or established market nations. Additionally, the fund may choose to invest in securities that are convertible into equity securities or warrants. It was ranked 46 out of 2399 for five years globally.

David Dudding is an AAA-rated portfolio manager who joined Threadneedle in 1999 as a research analyst. He successfully managed the European Smaller Companies fund for a decade, until 2012. He is an intelligent manager and investor who has handled different roles in the company over the years.