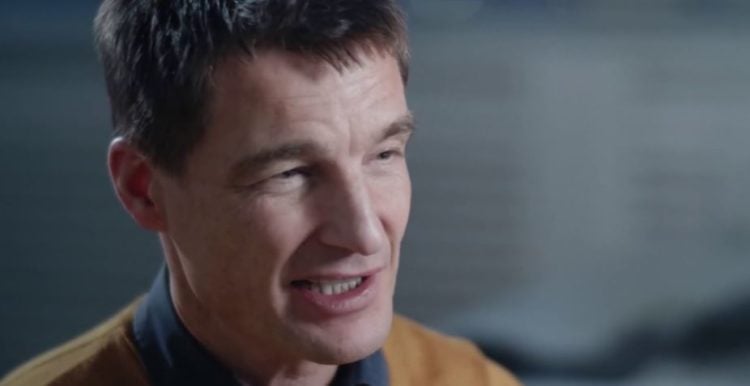 Tesla has for a long time been the major manufacturer of electric vehicles, but Polestar has positioned itself to rival the US-based company. Polestar, backed by Leonardo DiCaprio, is in the last stages of preparation for going public. Should the merger with Gores Guggenheim Inc. push through, the Swedish electric-vehicle manufacturer will be valued at $21 billion and receive $250 million additional investment as part of the deal. As the investors keep their fingers crossed, you can learn more about the man at the helm, Thomas Ingenlath, the CEO of Polestar, from the few facts below.

1. He Ignores the Naysayers

Ingenlath told The CEO Magazine Polestar’s objective was to do what they couldn’t do at an OEM (Original Equipment Manufacturer). He envisioned a future of electrification and was determined to be part of it through electric car manufacturing. However, even when he attended the Frankfurt Motor Show in 2019 and shared his vision, all the OEMs told him it was risky. Still, the CEO did not listen to them, reasoning that most people are afraid to step out of their comfort zones.

2. He Prefers Being Realistic

Walt Disney once said he liked to look on the optimistic side of life but remain realistic enough to acknowledge that life is complex. Similarly, Ingenlath confessed that when designing Polestar, they had to be dreamy but not so dreamy that they could not deliver on their promise. The CEO argued that they had to translate their bold ambitions into a physical vehicle, and that goal was achieved when in 2019, they released Polestar 1.

3. He is an Avid Supporter of Zero-Emission Mobility

Most companies and CEOs aim for fully green business models. According to Transport & Environment, the European Commission launched its European Green Deal shortly before the COVID-19 outbreak. It is focused on making Europe the first carbon-neutral continent by 2050. Ingenlath shares the same goal of having zero-emission mobility across the whole life cycle of its vehicles. The CEO argues that as much as we want to enjoy the finer things in life, we must not do so at the planet’s expense.

Some managers and leaders find it hard to delegate tasks to someone else because they are afraid the work will not be accomplished as well as they would like. Even if they delegate, they will keep looking over the shoulder. Others cannot allow another person to do their job due to obsession with control, while others become so attached to the job they cannot picture someone else doing it. However, Ingenlath has no qualms about leaving his job to someone else. He made it clear in his interview with Wheels that in a company such as Polestar, no one is self-sufficient; they all work together hence their success. For this reason, he can sleep well at night, knowing that someone is doing what needs to be done.

The Polestar 1 was conceived in 2013 as Volvo’s Concept Coupe. Unfortunately, the cost of production outweighed the volume; hence management did not feel it would ever make it to the market as a normal Volvo. Well, that was until Ingenlath took over as CEO and turned that concept into a reality. He said that it took them two years to change the Concept Coupe into Polestar 1 and aimed to hand-manufacture 500 units a year. However, within five years, Ingenlath wants the volume to hit the 50,000 units mark.

The ambitious CEO is not going to let anything come between him and his dreams for Polestar. Therefore, even if it means using Volvo components to achieve the desired vehicle, he will do so because it is economical. He said that he has nothing to hide, and given Polestar’s limited budget, he must think of ways to invest the available funds without compromising safety.

Even if Polestar has attracted quite the attention, Ingenlath’s intention was not to be a disruptor. He told Forbes that although Polestar 2 is already a radical statement on its own, he was not interested in making bold provocations. He aims to make a design that pushes borders and allows customers to give their feedback so that any changes can reflect what the market wants.

8. He Wanted to Work in the Automotive Industry

Dezeen Jobs published that from his early childhood years, Ingenlath remembers being interested in cars, particularly their designs. Therefore, he would go to the busy streets riding on his go-kart for hours, admiring whichever vehicles he came across and being mesmerized by the different designs. He revealed the vehicles from the 1970s were his inspiration due to their incredible level of detail. His interest led to him looking forward to working in the automotive industry, although he did not know what precisely he wanted. Luckily, the clarification came when he bought a car magazine and read about the Ford design studio in Cologne. From then on, he knew he wanted to become a car designer.

9. How He Fulfilled His Childhood Dream

The determination to become a car designer was fulfilled when Ingenlath received the necessary training to achieve his ambition. His first step was studying industrial design, which he credits for giving him insight into product language. He later studied car designing at Pforzheim, Germany, and did his Master’s in Vehicle Design at London’s Royal College of Art. He has never departed from the car industry since then, and his career began with him working as a designer at Audi.

Ingenlath has had the pleasure of working in various capacities. While he appreciated being the head of design at Volvo, the highlight of his career has to be being at the helm of Polestar. He admitted that he feels Polestar is his responsibility; thus, he wants to nurture it.