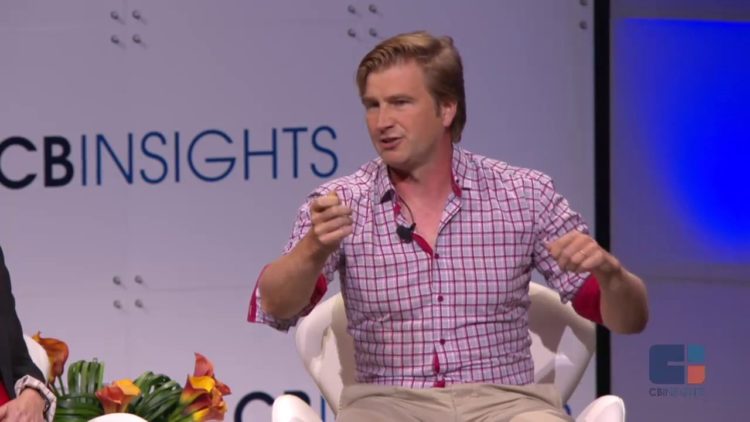 Had you told Kristo Käärmann that he would be the CEO of a billion-dollar worth company one day, he would have probably laughed it off as a bad joke. The 38-year old is the co-founder and CEO of TransferWise, a platform that moves over billions of dollars in over 300 currencies, each year. Kristo’s mission for the company is to have a fair financial transfer system, and so far, he is happy with the results. Take a look at some of the facts concerning the entrepreneur that you most probably did not know.

1. He was named the wealthiest Estonian citizen in 2018

According to Estonian World, an Estonian business-oriented daily newspaper, Aripäev, published the list of the richest citizens and Kristo was in the lead with a net worth of €258.2 million. He was closely followed by TransferWise’s co-founder, Taavet, whose net worth was estimated at €238.6 million. As per the daily newspaper, IT companies have contributed to the increase in wealth since most of the richest Estonians work in information technology.

2. An uncalculated loss gave birth to a business idea

After getting a new job at Deloitte and moving to London, Kristo’s salary also increased, and he was motivated to save. Getting his Christmas bonus of £10,000 further prompted him to transfer the money to his home country, Estonia. Since he was trying not to lose money through unfavorable interest rates, Kristo thought it wise to use his HSBC bank to transfer the funds to his Estonian account. He only expected the bank to deduct £15, but more than €500 had been deducted. He realized that he had assumed the bank would use the exchange rate he had seen at the time of the transfer, yet the one they used was 5% less favorable. Kristo was so disappointed in himself that he swore to come up with a way to ensure banks did not benefit from his hard-earned money all because they facilitated a cross-border transfer.

3. He met his business partner at a party

Destiny has a way of connecting us with the right people, and after Kristo vowed to find a way for better money transfer to Estonia, he met Taveet at a party. They realized they had similar problems; while Kristo needed to exchange pounds for Euros, Taveet wanted pounds in exchange for the Euros. Hence, they used the mid-market exchange rate to solve their problem.

4. His business only dealt with Euros and pounds at first

As published by BBC, Taveet and Kristo built a network of friends, especially expatriates and Estonians, who needed to exchange pounds with Euros and vice versa. Therefore, by the time they started their business in 2011, they already had enough customers to kick-start the operations. They stuck with the two currencies for a long time until prospective customers from other countries requested their currencies be added to TransferWise. By 2014, even banks were recommending their clients to use TransferWise since the currency exchange process was hectic for both the bank and the client.

In business, as in everything else, they say quitters never win; hence Kristo and Taveet put on a brave face even after about 15 investors turned them down because they felt the TransferWise was too risky. With no other option than seeking American investors, the two business partners approached AI Ventures, based in New York. The venture capital firm has been in business for at least ten years. Today, it prides itself as having helped a few companies with seed money; TransferWise and DigitalOcean are among the many.

In July 2019, Kristo took to Twitter to express gratitude for being recognized among the 40 under 40 by Fortune Magazine. It was a humbling gesture, and his clients could not have been more pleased with the CEO appearing on the list. One of the clients even posted a congratulatory message adding how happy he was with Transferwise since he had managed to transfer £42,000 for his wedding at a much more favorable cost than what the banks would have charged.

7. It took him nine months to get a license

When Kristo talked to Slush News, he revealed that it took them nine months to get their first license. It was quite an achievement since they did not get help from a third party, yet they were busy individuals with barely any free time to spare to follow up on the regulatory documents.

8. His first customers were thanks to a blog

When Kristo and his co-founder started TransferWise, they never envisioned the massive success they have today. Therefore, even when they approached TechCrunch to let the public know of their services, they did not expect that customers would start trickling in immediately, yet they did. In his Stardust Stage Interview posted on RFi Group, Kristi disclosed that by the end of the day when TechCrunch posted about Transferwise’s website, they had managed to attract a few customers.

9. He was the customer support agent in his company for the first year

Kristo confessed that despite his business’s many highs and lows, the most rewarding moments were when he worked at the customer service desk. Of course, when they launched the company, overheads had to be minimal; thus, Kristo had to also man the customer service desk, which proved to be a blessing. While there, he learned what customers complained about and what they were satisfied with, enabling him to improve the services and retain customers.

10. He is active on social media

Kristi joined Twitter in 2011, and since then, he has been active on the platform, sharing both personal and professional tidbits. In 2015, he ventured a bit into his private life by sharing that Vogue pimps his wife’s lingerie drawer, and he was proud of it. With the current pandemic demanding children to be homeschooled, the fintech founder also encouraged everyone to learn about technology. He disclosed that his team of 1000 people would hold an open tech school in the Estonian language, only on Thursdays.