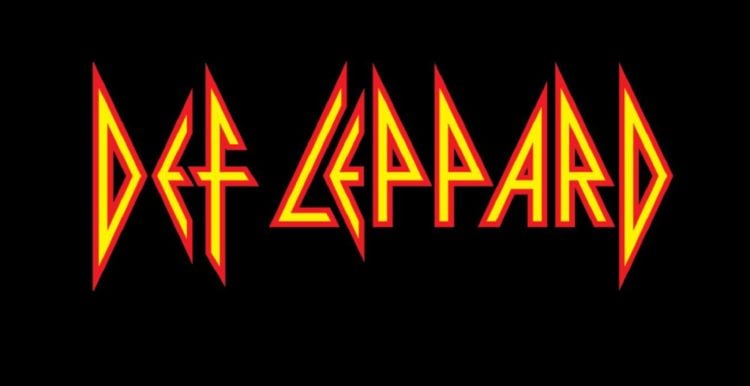 The iconic rock band Def Leppard has one of the most recognizable logos in the history of any band. Have you ever wondered if there is any meaning behind the design, who created it, and what it stands for? To really get the true rationale behind this unique design, we look at the history of the band, their purpose, and the elements of the famous logo to understand how it came about and why it has such an impact on the audience.

The history of Def Leppard

According to Wikipedia, Def Leppard is a band from the UK that started in Sheffield, England in 1977. The group became a part of the British heavy metal movement in the music industry known as the new wave early in the 1980s. They were first the most popular in the UK, but their fame spread throughout the world in the 1980s. They became the most popular with the release of “Rock of Ages,” and “Photograph,” which hit the top of the US Rock Tracks chart as well as hitting the top of the Hot 100 charts for 1983. Numerous music videos and hit albums were released by the group throughout the 1980s with many albums going platinum in countries throughout the world. They were recently inducted into the Rock and Roll Hall of Fame for their contributions to the rock and roll music scene in 2019.

The Def Leppard logo has evolved dramatically over the decades. Band Logo Jukebox describes the first version of the logo that was the main visual event on the “On Through the Night” debut album released in 1980. The creator of the first Def Leppard logo was a record sleeve designer Alan Schmidt. He professionally designed the logo using silver and deep blue colors and a jagged, sharp image that made the most of triangular imagery. The name of the band was the main focal point. A tall pyramid with sharp angles and points served as the background with a metallic silver border around it. The letters DEF in a sharp pointy font protruded from the pyramid featuring the letter D breaking through the lines. Below DEF, the second part of the name Leppard appeared in the same unique font style. All of the letters are capital with sharp lines and features that really grab your attention. They contrast remarkably in silver-tone against the deep blue background. The shiny chrome logo is a part of the “Living the gleam” slogan. The phrase was embodied by Schmidt in this first effort to capture the essence of the group through imagery. A series of breaks and double and sometimes triple underlines create an eye-catching aesthetic.

Variation in the logo

When the second album appeared there was a slight difference in the logo. Instead of featuring a blue background, the color was changed to black. This version was created for the “Hello America” single released in 1980. Schmidt was through working on the logo after the debut version, but he stands as the artist who gets the credit for the original that has retained many of the elements throughout the history of the evolution of the logo. The next professional design team to tackle a new version was Hipgnosis, a pair of pro designers that assumed responsibility for the 1981 album design for “High ‘n’ Dry.” The red tone used in the lettering of the band’s name was the suggestion of Storm Thorgerson. The name of the band was set on the album cover in red letters with a gold outline without the background this time. Thorgerson released the logo from the confines of the triangle, giving it a needed dose of fresh air and freedom. The 1981 version was simply the name of the band with the same font type. He also removed the double-cross stroke from the letter F, but he kept Schmidt’s original letterforms. It was reported that Schmidt wasn’t happy about the changes.

Similar to Schmidt, Thorgerson was only given creative license over on the Def Leppard logo. The next designer was Andie Airfix. He designed the logo for the “Hysteria’ album. The second iteration of the logo, according to Fandom, was used from 1981 through 1995. It was discontinued when a new variant appeared in 1995, with the yellow and red color logo suspended, until it was revived in 1999. There was a new version of the old triangle image in black, with the name Def Leppard in gold and one in gold and red overtones that were barely discernable. These versions weren’t used long. In 1995, a new version of the logo was created for the “Slang” album, but it was replaced with the second iteration of the logo in 1999 with the release of the “Euphoria” album. This is the iteration of the logo that is currently used today.

The creation of the original Def Leppard log was achieved by prolific design artist Alan Schmidt. Storm Thorgersen was hired to improve upon the logo and dispensed with the triangle background allowing the name of the band to stand on its own. He changed the colors to red and gold. This is the version of the logo that has survived all of the others throughout the history of the band. While some fans still remember the faux chrome and deep blue version of the original, there are current fans who never really saw it. One element that has been constant through the evolution of the Def Leppard logo has been the unique sharp font used to represent the group. This catches our attention just as Def Leppard has made a tremendous impact on the world through their skillful songwriting, musicianship, and delivery of some of the best music in the history of rock and roll.