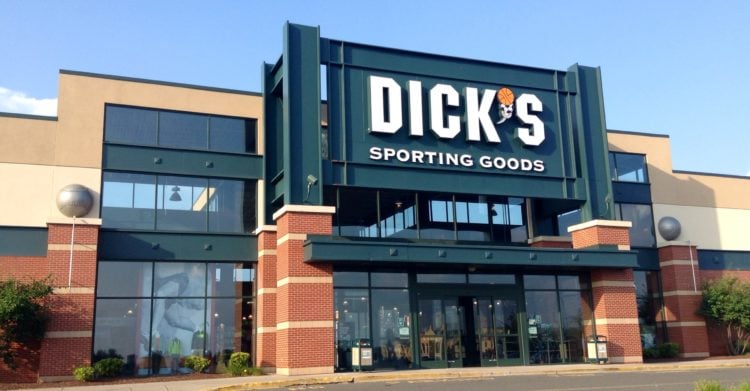 Dick’s Sporting Goods is a leading sporting goods retailer. It’s one of the more popular places for sportsmen and women to shop when they’re looking for any sports-related equipment and accessories. The company has an interesting and unique history. If there isn’t a retail outlet in your area yet, there is likely to be one showing up soon, so in case you’re not yet familiar with Dicks, here are 20 interesting facts about the company that might be useful to know.

The first retail store was opened in 1948 by the founder of the company, Richard Stack. He went by the name Dick, hence the name of the company. It began as a store that sold fishing tackle. The first store was built in Binghamton, New York. It had a very interesting beginning because Dick needed a little financial help to get the new venture going. His grandmother, who had kept her savings in a cooking jar gave him the loan of $300 that he needed to get his operation going.

For many people who live in the Pacific Northwest and the West Coast of the US, Dick’s Sporting Goods is a relatively new retailer. Most are not aware that the store maintained operations for decades in the Eastern part of the country. It wasn’t until 2009, that the company began to expand from its original territory. By 2008, Dicks had spread to 38 states with 357 locations in the chain open for business. In 2009, the company began opening locations in Washington State, California and in other areas of the West.

3. The chain traded hands but stayed in the family

In the early 1980s, the children of Dick Stack purchased the business from their father. After the purchase, they relocated the headquarters for the company to Pittsburgh, Pennsylvania in 1994. After the children acquired the business, Dicks experienced a time of rapid expansion into more states with hundreds of locations added. Their father, the original founder of Dick’s Sporting Goods retired in 1984, and his son Edward W. Stack became the CEO and Chairman of the company.

This was a big change for the sporting good’s store. They launched their first lines of women’s athletic fitness and leisure apparel which began at the Chelsea Collective store, then followed up with the same additions to stores in Pittsburgh and in Tysons, Virginia. They had previously opened branches of the True Runner stores, under their umbrella targeting runners in the Boston and St. Louis areas. These were bold ventures but they weren’t as successful as the group had hoped, and they closed down in 2017 after a five-year run.

The company has recently launched a few lines of apparel, equipment, and accessories which are aimed towards outfitting sports teams. Dick’s Team Sports HQ was launched at the beginning of 2016. It offers youth sports teams uniforms and sponsorship options along with sports teams websites.

6. They operate a Field & Stream store

Dick’s partnered with Field & Stream to join efforts in the first Dick’s sponsored Field & Stream store that opened in 2013 in the Pittsburgh suburb of Cranberry Township. The brand has the celebrity backing of country and western singer Jason Aldean who has been their first official spokesperson since August of 2016. Since that time, they have opened a total of thirty-five of the Field & Stream stores across the nation.

7. Dick’s Sporting Goods is the biggest in the nation

The popular sporting goods chain has expanded and grown in the past few decades and it now has 850 locations opened throughout the United States. The company employs an estimated 30,300 workers and has five distribution centers in operation. As of 2018, the company has plans to yet further expand their enterprise, adding new locations and expanding their online sales venue.

8. Dick’s Sporting Goods is into sponsorships and partnerships

Dick’s is doing its part to give back to the communities they serve through a variety of sponsorships and partnerships. One example of this is the 20-year agreement that they signed for Dick’s Sporting Goods Park which is a stadium in Commerce City, Colorado. The stadium is soccer-specific and Dick’s retains the naming rights for the life of the contract which was signed in 2006. They also sponsored the Pittsburgh Penguins along with their home arena PPG Paints Arena. They also sponsored the Dick’s Sporting Goods Open along with the Pittsburgh Marathon, and more recently, in 2009, they sponsored ESPN’s college football kickoff week.

9. They stopped sales of assault weapons

After the tragedy occurred at the Stoneman Douglas High School in February of 2018, Dick’s Sporting Goods stopped their sales of assault weapons along with sales of high-capacity magazines. They took yet another step by increasing the minimum age of customers to whom they would sell guns. The new age is 21. They had taken a pre-emptive step after the Sandy Hook Elementary School incident that took place in 2012 by suspending the sales of assault weapons but took the measure all the way early in 2018 with a total elimination of the products in their lineup. It’s also important to note that Dick’s Sporting Goods has never offered bump-stocks for sale.

In 2004, Dick’s Sporting Goods bought out the Gaylans Trading Company. The deal cost them $305 million. Galyans is an outdoor equipment and clothing retail chain. After the deal completed, they announced that they would close some of the stores from Dicks and some from Galyans because of the overlaps in certain areas. Dick’s didn’t want to set up unnecessary competition for either of the stores that they had in operation in these areas. This served to add to the product lines under Dick’s venues. At the time of the purchase of Galyans, Dicks planned to maintain 2016 of the Galyans stores within 32 states in the nation.

Just two years after Dick’s Sporting Goods acquired Galyans Trading, they purchased the Golf Galaxy chain in a deal that cost them $225 million. The company’s headquarters was located in Eden Prairie Minnesota. this purchase, Dick’s went on to purchase a company that specializes in sports management technology called Affinity Sports. The amount of the deal has not been disclosed, but it was reported to have closed sometime n the middle of 2016. In this deal, Dick’s also acquired the brand name of the company along with all of the intellectual property as well as the 30 locations that were open and doing business at the time.

Dick’s has recently gone through a massive growth phase where they’ve been acquiring large companies left and right. In 2016, after buying Affinity Sports, they attended a bankruptcy auction where they bid on and won the sale of Golfsmith, which is the largest retailer of golf-related equipment and accessories within the United States. The winning bid was reported to be at $70 million. Through the acquisition, Dick’s gained a golf retailer that had over 100 locations open and employed around 500 workers. Dick’s made the decision to close some of the locations, keeping just 30 open at the time. Dick’s rebranded the Golfsmith stores changing the name to Golf Galaxy in 2017 and there are now a total of 98 of them open throughout 33 states in the US.

13. Dicks was accused of copyright infringement

In 1971, Dicks Sporting Goods was accused of infringing on a patent that was the property of Furnace Brook, LLC, and a suit was filed in the Northern District of Illinois. They were also accused of another patent infringement that was the property of the Donkey Company, Inc, and a lawsuit was filed in the District of New Jersey in 2009. In 2014, Dicks filed a lawsuit against Modell’s Sporting Goods and their CEO Mitchell Model because he had gone undercover into locations of Dick’s Sporting Goods stores to access secrets pertaining to their retail strategies. In this business, copyrights, trademarks and patents are a big deal and if you lose in a lawsuit filed against you, the costs could quickly escalate into the millions.

14. Dick’s was the official sponsor of Team USA

For the 2016 Summer Olympics and the Paralympics, Dick’s Sporting Goods stepped up to the plate and offered their sponsorship to these athletes. They were the sponsor of the teams in teh sporting goods retailer industry. They assisted with the establishment of the Ambassador Program as well as the Contender’s Program in a joint effort with the US Olympic committee. Dick’s also hired two hundred Olympic hopefuls to work at their stores to provide them with jobs in 89 locations across 32 states.

In 2015, Dick’s entered into a partnership with celebrity singer Carrie Underwood to launch a new fitness lifestyle line. This is the type of endorsement that helped the store to reach out to new audiences with their new products and styles within the line. With an emphasis on health and fitness, this has been a popular trend that Dick’s has capitalized on with workout clothing as well as accessories. The name of the fitness lifestyle line is Calia.

The establishment of the Dick’s Sporting Goods Foundation in 2014 was a commitment of an amount up to $2 million each year for funding youth sports through the Sports Matter program. As of now, they have pledged over $50 million in funds to sponsor youth sports initiatives that have helped hundreds of thousands of youth with athletic aspirations.

Continuing with their commitment making a difference in sports, Dick’s partnered with celebrities Michael B. Jordan and Jon Gruden as the spokespersons for the launch of an awareness campaign. They also brought Judd Ehrlich on board for the release of a documentary film that was titled “We Could Be King.” It tells the story of two high school football teams in the Philadelphia area who were forced to merge together as one because there was a lack of funding for either to continue on their own. It takes a sobering look at the lack of available funding for sports teams and athletes. Its intention is to raise awareness of the deficits our young athletes are facing and it’s also a call to action for more people to get involved in raising funds as a solution to the problem.

When these two powerful hurricanes hit the United States, the devastation was broad. Local sports teams were affected when their facilities were damaged and the community resources strained to their breaking points. Dick’s Sporting Goods Foundation made a donation of $2 million to help make the needed repairs for the sports facilities in the areas that were affected. They also assisted the reVision soccer team of Houston which features African immigrants on the team. The team was included in another documentary that was intended to help raise yet more funds for relief and assistance.

19. Dick’s offers ways to save by shopping with their online site

Dick’s has been consistently improving their online store. They offer products which are sometimes more readily available online than in some store locations during peak shopping periods. You can save in shipping if you buy at least $49 or more because they have a policy that says if you meet the $49 mark or better on your order, the shipping is free.

20. Dick’s lets you order online and pick up at the store

This is another cool option that Dick’s Sporting Goods has provided for their online customers. You can place your order online and have it shipped directly to the store if you don’t have a shipping address or if the item is supposed to be a surprise. You’ll be notified of the shipping progress and when it’s supposed to arrive. If you pick it up within two hours of its arrival at the store, the shipping is free, regardless of the price. This is another hack that you can use to save money when shopping at Dick’s Sporting Goods online. 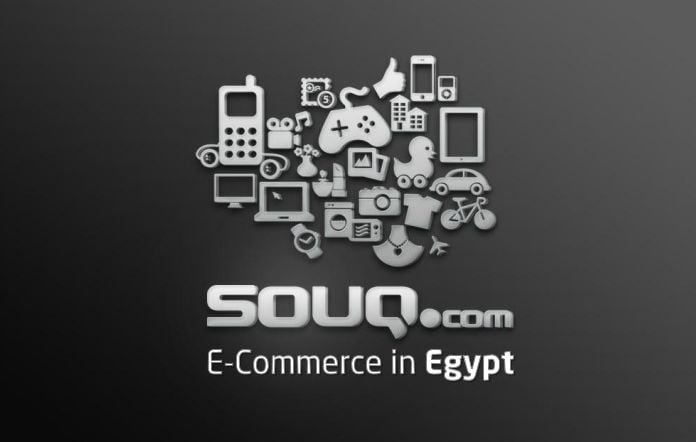 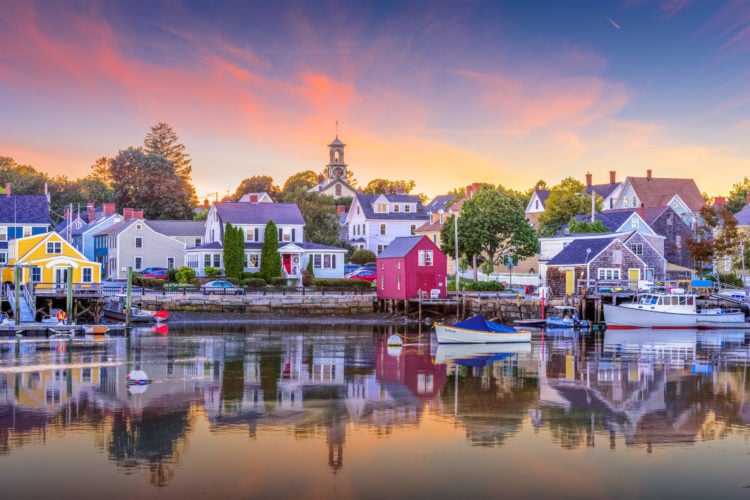 Since the start of the COVID crisis, The New Hampshire Department… 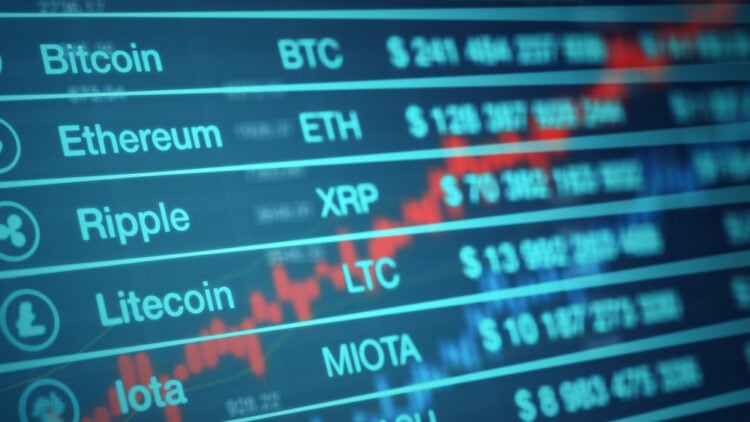 KuCoin is a global crypto exchange business that provides consumers with… 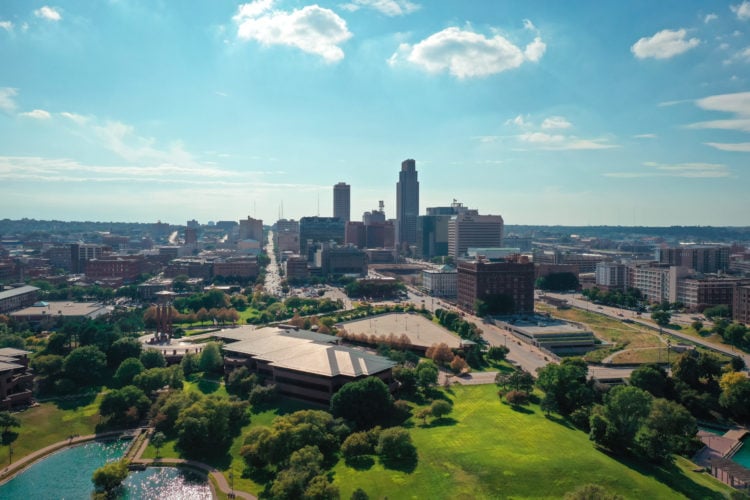 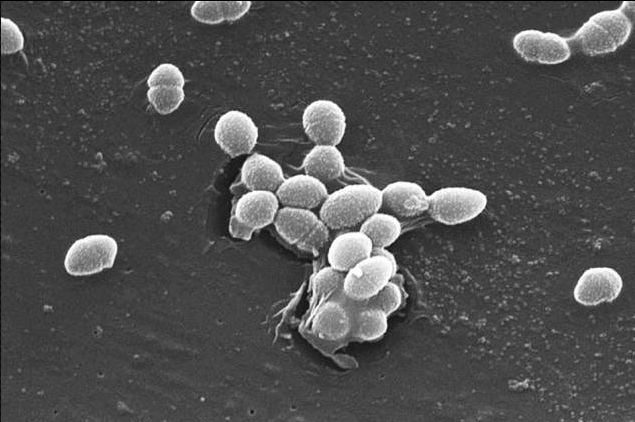 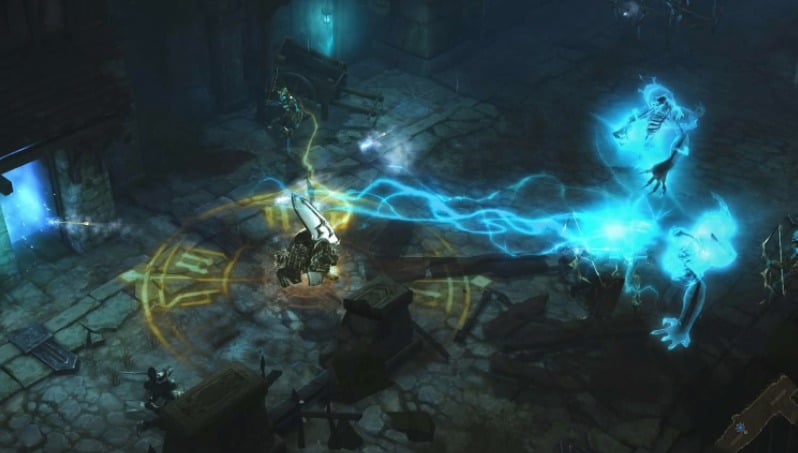 The prices of PlayStation games tend to be based on a…