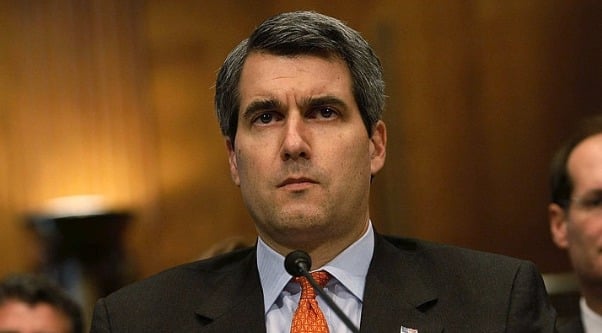 Roger Hochschild is the current President and Chief Executive Officer of Discover Financial Services. We were interested in knowing how he came to be at the helm of such a large financial services corporation and looked into his history and career path to discover how he built his successful career in the industry. We learned then things about Roger Hochschild that you probably didn’t know.

1. Mr. Hochschild worked his way up at Discover

Roger Hochschild began his career at Discover Financial Services in executive level leadership in 2004. When he joined the company it was as their chief operating officer and president. He worked with Mr. Nelmes prior to his retirement and gained greater insight into the best practices for leading the company prior to actually taking over the CEO position.

Prior to taking on the role of CEO, Mr. Hochschld assisted the CEO in a spin off that they took from Morgan Stanley in 2007. He assisted the CEO in the acquisition of Citigroup’s Diner’s Club International subsidiary. He proved his value to the company prior to being appointed as the leader of the group.

In the late 2000s when Discover went public there was a US financial crisis that took its toll on financial institutions but Discover was able to create an amazing shareholder value and go public. This was in part, thanks to the vision and contributions that Mr. Hochschild had to offer them.

4. He highly values all stakeholders

Hochschild is an executive who values people period. He has the ability to look at a company from all angles to gain awareness of what is best for the business overall and this includes taking into consideration the needs of the customer and the employees. This is how he builds one fantastic and well respected company. He puts both customers and employees first and this in turn helps in serving the community. It’s his basic philosophy and he does not deviate from this operating mode.

Return on Investment percentages are of vast importance to shareholders and Roger Hochschild has kept this at the forefront of his vision. Even when things are rough, he’s been able to steer and leverage the company in achieving an average of 19 percent return on investment over the past two decades.

In our reviews of the various top executives in leadership of the larger corporations throughout the United States, we’ve noticed that many of these leaders have not gone beyond their bachelor’s degrees.Roger Hochschild is one that has taken the time to move beyond to a more advanced degree. He enrolled at Georgetown University in the economics program and earned his bachelor’s degree. He went on to attend the Amos Tuck School at Dartmouth College where he earned his MBA degree.

7. He worked at MBNA America Bank

Hochschild worked at MBNA America bank for four years. He joined them in 1994 as a senior executive vice president. Throughout the four years that he was with the company he actively participated in senior leadership as an executive.

8. His first job with Discover Bank started in marketing

When Mr. Hochschild first joined Discover it was as the Executive Vice President and the Chief Marketing Officer in 1998. He served in these positions at Discover Bank until 2001 when he was promoted to President and Chief Operating Officer.

9. He also serves on multiple boards

Hochschild has been involved in the financial industry for decades. His expertise is highly valued when it comes to making important strategic plans for companies within the financial industry. He currently sits on the board of directors for Discover Financial and previously served in this capacity for Principle Financial Group, Inc. as an Independent Director. He also serves as Director at the Student Loan Corporation and has occupied this position since late in 2010.

Hochschild has 20 years of experience with Discover Financial Services. He served as Chief Strategic Officer of Morgan Stanley prior to the spinoff and served in this capacity from March of 2001 through January of 2004. He’s only been at the helm of Discover since 2018 but he’s putting his years of experience to work and thanks to the mentorship of the outgoing Mr. Nelmes, he knows the company better than anyone else and he continues to make progress as their leader.