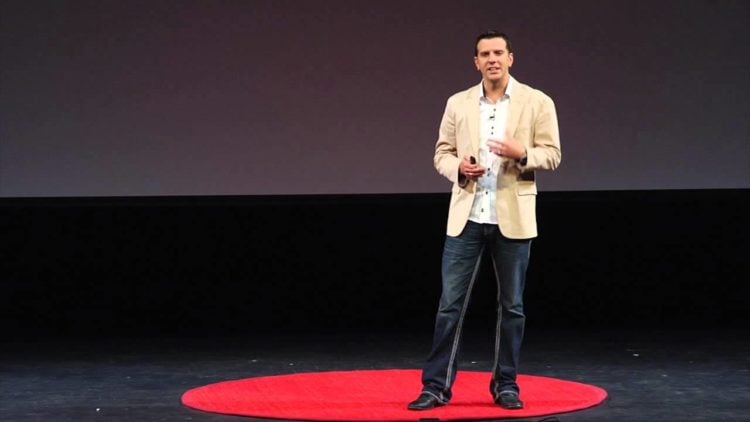 Dr. Eric Edwards is the CEO of Phlow. Currently, he and his corporation have been in the news because they have secured a $354 million contract from the Trump administration to produce generic drugs as well as pharmaceutical ingredients needed for the COVID-19 crisis. Suffice to say that this has proven to be rather controversial.

1. Studied At the Virginia Commonwealth University

Education-wise, Edwards got his Doctor of Medicine degree from the Medical College of Virginia. Said medical school can claim the honor of being the oldest such institution in the state that has been operated in a continuous manner. In fact, it is interesting to note that the Medical College of Virginia predates the Virginia Commonwealth University to which it is attached, seeing as how it combined with the Richmond Professional Institute to form it.

Edwards’s profile on Phlow’s website states that he is the co-inventor of more than one medical product that has managed to make it to the market. Moreover, it mentions that he is named in patents, which is on top of him having co-authored scientific publications.

Speaking of which, Edwards co-founded Kaleo with his twin brother. This is something that has raised the eyebrows of a lot of people out there, seeing as how Kaleo doesn’t exactly have the best of reputations.

For instance, Kaleo is infamous for raising the price of an opioid overdose antidote by more than 600 percent between 2014 and 2017. The timing was either very good or very bad depending on one’s perspective, seeing as how December of 2016 was when the 21st Century Cures Act provided $1 billion in state grants to combat the opioid epidemic. In total, Kaleo cost the U.S. government more than $142 million.

5. His Former Company Had a PR Stunt Backfire On It

It isn’t uncommon for businesses to perform charitable acts for the purpose of improving their branding. After all, better branding makes it easier for them to sell their products and services, meaning that such acts can be very pragmatic. One of Kaleo’s charitable acts backfired on it in a notable manner. In short, it donated 300,000 units of its opioid overdose antidote to police officers, health workers, and nonprofit groups. However, there were a number of law enforcement agencies that complained that they had been given units that were 4 months to 11 months from their expiration dates, thus making Kaleo look rather cheap because of it.

Kaleo’s pricing for an EpiPen competitor called Auvi-Q got it probed by Senator Chuck Grassley because of concerns that it was shifting costs elsewhere in the healthcare system. This is because its pricing was very unusual. In short, families making less than $100,000 on an annual basis could get the device for free, while families that didn’t qualify for that offer but chose to pay in cash could get the device for $360. However, the list price was $4,500, which was 7.5 times the list price for EpiPen. For what it is worth, Kaleo leadership defended the pricing as a matter of getting devices into the hands of the patients, claiming that they struggled to do so when the price was more comparable to that of EpiPen.

7. A Lot of People Don’t Think That His Current Company Is the Right Choice

There are a lot of people out there who don’t think that Edwards’s current company is the right choice for the contract. In part, this is because it is a new company, meaning that it hasn’t demonstrated the ability to carry out the task with which it has been entrusted. However, there are also people who are concerned that Edwards hasn’t shown the dedication to the public interest that would make him a suitable choice for something so important. To this, the response has been that Edwards was never involved in Kaleo’s pricing decisions.

Supposedly, Edwards’s current company was chosen because it was the one candidate that provided an end-to-end solution to the wide range of issues that came up. For those who are unfamiliar, an end-to-end solution means that all of the customer’s needs are handled by a single company with no need for anyone else’s involvement, which tends to be prized because it makes matters much more convenient for the customer. Besides that, there was also mention of the experienced team that has been built around Edwards.

Unsurprisingly, the COVID-19 crisis has brought about the increased consumption of a wide range of medical products. This has put a serious strain on the supply chain, which was never meant to bear up under this sort of stress. Something that is making it rather difficult for a wide range of institutions to get enough supplies for them to continue providing the relevant treatments. Edwards’s current company has been entrusted with the production of both generic drugs and pharmaceutical ingredients to combat this problem.

On a related note, the move is meant to reduce the United States’s reliance on other foreign countries such as China and India for the relevant medical products. Under the circumstances, this makes a fair amount of sense. Basically, there are limited producers for a lot of medical products. Normally, this would be fine because long-distance transportation in the modern age is relatively reliable. However, the COVID-19 crisis has shown that it is still possible for a situation to become bad enough to disrupt supply chains throughout the entire world, which makes it rather difficult for interested parties to get their hands on medical products produced in other countries. As a result, it is natural for countries to look for ways to combat such issues, if not for this crisis then for the next whenever that might come. Having said that, considering what important figures in the Trump administration has said in the past, it seems reasonable to speculate that it isn’t exactly shedding tears over what seems to be increasing anti-globalization sentiment.