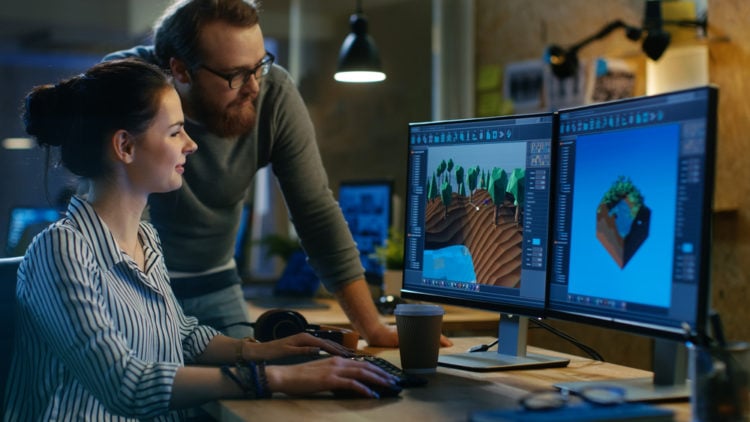 Dream Games is a Turkish tech startup that has been making the news all over the world in business circles. The game developer has reached dizzying heights of success and it’s just getting started. This is a company to keep your eye on as it is emerging as a leader in game development for mobile players. If you’ve not yet heard about Dream Games, it’s probably because it’s based in Istanbul, Turkey, but the company is expanding its operations to reach more players with its unique mobile gaming technology. Here are 20 things you probably didn’t know about Dream Games to bring you up to speed.

According to Crunchbase, Dream Games is making the news as though it has been in business for a decade. The truth is that it is still a young company that is still in its infancy. The business was officially launched in 2019, which means that it is just entering its third full year of operation. It’s not common for a business to become intensely successful in such a short time after its initial launch.

The gaming development company Dream Games was founded by five entrepreneurs. Each of the co-founders is a first-time entrepreneur with Dream Games as their first official business. The founding group includes Eren Sengul, Hakan Saglam, Ikbal Namli, Serdar Yilmaz, and Soner Aydemir.

Each of the founders of Dream Games fulfills a role in the organization as an executive in its leadership team. These are talented young professionals who each bring an impressive skill set to the business. They make a dynamic team. Serdar Yilmaz is a co-founder and art director. Soner Aydemir is a co-founder and the chief executive officer. Ikbal Namli is a co-founder and director of software engineering. Eren Sengul is a co-founder and product director. Hakan Saglam is a co-founder and chief technology officer. The group is keeping their company lean and efficient, which shows that they’re paying attention to the resources and running it without wasteful spending. Each owns a twenty percent stake in the company. Everyone is doing their part to make a positive contribution to the success of the new startup.

5. Monthly downloads are up and growing

The analytics for Dream Games shows an impressive growth rate in the monthly download numbers. The rate has increased by a remarkable 44.59 percent over the past 30 days. The average number of monthly downloads is 18,142, which brings revenue to the company. The apps are downloaded through the Google Play App Store.

7. Dream Games has work to do to increase website visits

The analytics for the Dream Games website shows that it has not yet caught on with the general public. This could be since it is still a new company that has only been around for a couple of years or the lack of technology used to power the site. The average number of monthly visits to the Dream Games website is far lower than the number of downloads each month. Over the past 30 days, there were just 356 visits to the website, showing a reduction in the visits of 94.8 percent. This is a trend that could be considered to be concerning. It is assumed that technical difficulties may be the problem since the app store is making record numbers of transactions for downloads. Based on the amount of web traffic, the Dream Games website has a ranking of 6,065,972 of all websites registered on the world wide web. Traffic for the website originates in Turkey and India.

Dream Games has participated in three rounds of venture capital funding. The most recent round closed on June 30, 2021, as a Series B round. Five investors are backing the startup. The total amount of VC funding raised so far is $212.5 million. Dream Games has two lead investors including Index Ventures and Makers Fund. They are joined by Institutional Venture Partners, Kora, and Balderton Capital. Dream Games is an early-stage venture capital-funded company.

According to Techcrunch, the Istanbul, Turkey game developer has achieved noteworthy success in its growth and profitability. The startup has only been in business for three years and it is already a wealthy business. After the latest round of Series B funding that brought in an additional $155 million, it has a valuation of $1 billion. This is the magic number that places it firmly into the elite category of a unicorn. The billion-dollar mark puts it in the exclusive class of very successful and wealthy startups.

10. The founders have a common history

Dream Games is just one of the latest startups in the gaming industry of Turkey to be established by former colleagues that worked for Peak Games. Peak employs some of the very best talents and when these engineers and developers get together, they tend to go out on their own and start a new enterprise that ends up making a billion-dollar statement. The casual gaming industry is exploding in Turkey and Dream Games is one of the latest unicorns to emerge from the trend.

In March of 2021, Dream Games launched a game called “Royal Match.” It’s a puzzle game for Android and iOS, that launched globally. So far it has become one of the biggest hits of the developer. So far there are six million active users who are hooked on the game and play it regularly. This single game alone generates revenue in the amount of $20 million per month, including in-game purchases. This data is provided by a third party as Dream Games makes a habit of keeping their financial affairs private.

12. Dream Games is a global leader in casual gaming

We also learned that because of the “Royal Match” success, that Dream Games has gained a degree of posturing in the industry. The game is listed as one of the top-20 grossing game categories in Germany, the United Kingdom, and the United States. It’s already reached the level of Homescapes and Candy Crush but in a shorter timespan.

13. Dream Games has a strategic plan for growth

Soner Aydemir, co-founder and CEO of the company shared that Dream Games has expansion plans. They’re eyeing new markets in China, South Korea, and Japan in particular. They hope to turn their focus to the Asian market. The overall goal with their latest big game is to scale it to make the title one of the largest and most successful games in the global market.

14. Dream Games has taken a shotgun approach to business

Aydemir shared a little bit about the strategy that Dream Games employs. He confirmed that the reason they develop so many titles is that the industry for casual gaming is fickle, and it’s impossible to determine which games are going to become the next new frenzy. Developers must continue to produce multiple titles with all of the associated expenses and time involved in the process to launch the product, then wait and see if it becomes a hit. This shotgun approach is the only way to go about learning what is going to work and what isn’t. People either love the games or they don’t and there isn’t a solid means for assessing what is going to work or what isn’t in advance of its release unless it’s a part of a series.

15. Dream Games works on the Lifetime Value of titles

Mr. Aydemir understands well that a game such as “Royal Match” that becomes a hit develops a Lifetime Value. The public loves the game and it attracts other users with elements that make it fun and challenging, as well as addictive. This establishes a lifetime value where the game will become a favorite and it will remain that way because of its high quality and value to users. When the fundamentals of the game are solid, value is added that endures.

Although Dream Games has only been in operation for three years, the team has spent years developing the current titles. The most successful game “Royal Match” is an example of a project that was undertaken some time ago. Before the company was even a legal entity, work was commencing on the basics of development. It’s a process that takes time and a great deal of planning and effort to complete the finished product.

One of the elements of Dream Games titles that makes them popular is the fact that the developers take their time and they pay attention to the small details. This helps to build the dynamics that contribute to the Lifetime Value of a game title. The Dream Games staff has a solid grasp of the importance of this concept. They’re committed to ensuring that the fine details that make the games more fun and interesting are included. They learned this when working at Peak Games.

18. Dream Games is working on one new title

You can expect to see one new title released by Dream Games next year. Aydemir explains that to maintain the quality, only one new game is worked on to completion. They intend to take their time and do it the right way. If they start expediting the process, the quality will suffer and that’s not something that the Dream Games team is willing to risk. While developing a new game they must simultaneously maintain the current games and keep them updated. It’s an ongoing process that never stops.

19. Dream Games is expanding its workforce

According to LinkedIn, Dream Games currently has a workforce of fifty-five employees. With the planned expansion, it’s necessary to bring more technicians and top-notch professionals on board to reach out to new geographic locations. The company currently has sixteen open positions available in the organization. For a business with a small workforce, this represents significant growth and expansion of the operations. At this time, all of the new jobs are at the Istanbul, Turkey location.

You won’t be able to find Dream Games listed on any of the world’s stock exchanges, at least not yet. The company is privately held and it depends on venture capital funding from its private investors for growth and expansion capital. The business is thriving and growing under the current status and there is no reason to change what is working by filing for an IPO. Although it would be a good company for investors to monitor, at this time, it’s not open for public trading.