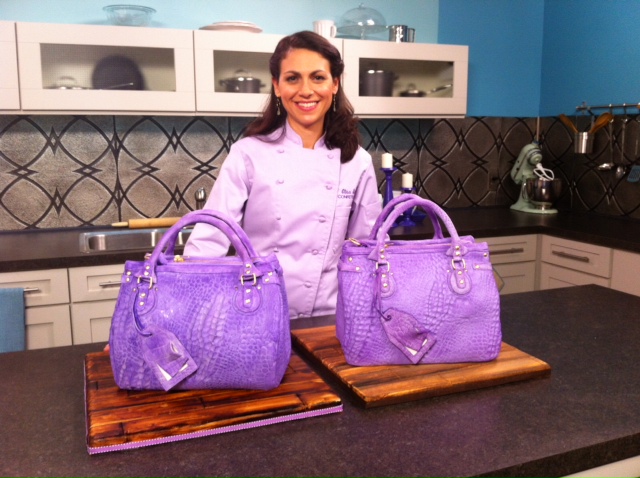 Baking has become a hip craze in the last few years, and New York has been the center of trendy bakery pop-ups and crafty baked creations. Elisa Strauss, the super talented founder of Confetti Cakes in NYC, has been at the top of that food chain for a while now. She’s familiar to her followers not only for her talent at creating tasty treats and designing fabulous pieces but also for being featured on numerous television shows throughout the course of her career. If you’ve ever wanted to get to know Elisa Strauss, Vassar alumni and the baker, here are 10 things about her to get you started.

Strauss lives and breathes the city. She was born in Roslyn, which is on the northern part of Long Island, New York. She’s lived all of her life in different parts of New York. Strauss grew up with her parents. Her mother Karen was a professional harpist, while her father Elton was an orthopedic surgeon. She’s got a connection in the television industry through her brother Eric Strauss. He’s a journalist currently working as a producer for ABC News.

Her business may be a success, but Strauss didn’t initially go to a culinary school. Her main background is in design, which comes in extremely handy when she’s decorating her cakes. Strauss graduated from Vassar College with a degree in Studio Art. She also spent a semester during her junior year at the Art Institute of Chicago. Eventually, she decided to learn how to bake professionally and attended the Institute of Culinary Education’s pastry school. Strauss ended up receiving her baking and pastry arts degree before starting her bakery.

After she graduated college initially, Strauss dove right into the intricate world of fashion. She worked at two major fashion houses. The first was Polo Ralph Lauren, where Strauss worked as a textile designer. Second, Strauss also worked as a handbag and hair accessory designer at Frederic Fekkai. It was these experiences that led to such a highly specialized skillset that set Strauss apart in the baking world.

Strauss is a world-renowned baker that’s sought after by celebrities left and right. In fact, her talents and her products have been featured in a number of magazines including Elle, InStyle, Marie Claire, Modern Bride, Vogue, and more. She was specifically asked to do the heavy task of creating Ralph Lauren’s 60thbirthday cake. In Strauss fashion, she delivered above and beyond and created a replica of Ralph Lauren’s Bugatti. She’s since designed cakes for other designers as well, including Manolo Blahnik for whom she created a cake in the shape of a shoe.

Apart from appearing in magazines, Strauss has appeared several times on television as well. She’s been featured on the Food Network Challenge, and she’s also been on Rachel Ray’s 30-Minute Meals. She’s also been on the Food Network’s Extreme Cakes, where she won an episode in season 5 (episode 7). Apart from her appearances on TV, you can also find Strauss offering instructional videos on Craftsy.com.

Having been an alumnus of the Institute of Culinary Education in New York, Strauss is on the path of giving back to the place that helped her out on her career. She’s currently a Chef-Instructor at the New York campus, and she teaches a class called The Art of Cake Decorating. There’s no better way to learn how to do than from someone who’s found incredible success in the industry. She also says that the school has served as a good breeding ground for employees. After all, there’s no better employee than the one you’ve trained yourself.

For those aspiring to emulate Strauss’ flavors and designs, you’re in luck. Strauss has published a couple of cookbooks. The first is called Confetti Cakes after her New York-based business, and the second book is called Confetti Cakes for Kids. Each book is filled with plenty of inspiration, ideas, and of course, instruction on how to create some of the most adorable cake projects—and more. If you can’t follow instructions on a book or through her YouTube channel, you might want to just fly to her studio and take a private lesson instead.

Strauss never thought she’d become a baker. She never thought she’d have her own baking business. So when the time came around for her to come up with a name for her company, she had absolutely no idea what to call it. The name Confetti Cakes wasn’t inspired by some colorful story that’s personal to Strauss. In fact, she chose that name only because it was the only domain name she found available about more than 10 years ago. It was definitely meant to be because the name stuck, and it sure was a great fit.

Not only does Strauss make people smile with her treats; she does so in her personal time by helping out with Icing Smiles. Icing Smiles is a nonprofit organization that brings smiles to families that have been going through difficult times due to the illness of a child. They provide custom cakes to celebrate life and provide temporary relief during such a difficult time. The organization started out with one baker, and it’s now grown to over 2,000 volunteer bakers.

Strauss thought about all the busy moms out there and everyone else who just doesn’t have the skills to shape cakes altogether. She helped develop a line of fashion-themed molds called “Marvelous Molds.” Now fans can recreate her work with ease by just using one of the molds that range from handbags to jewelry, to shoes, and even clothing.