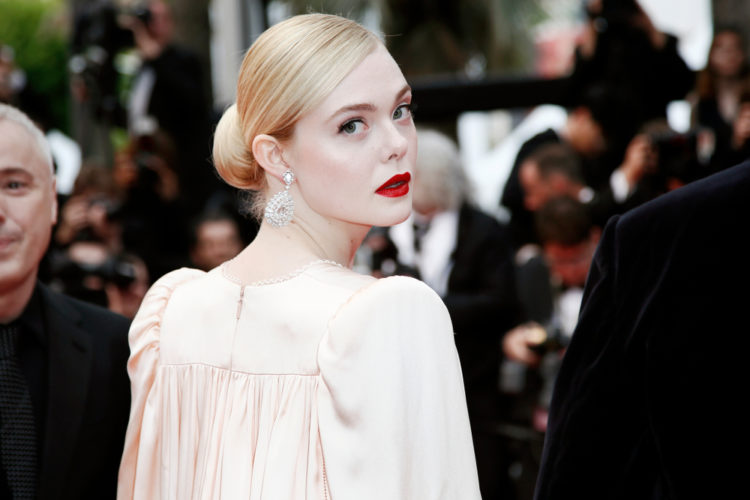 Elle Fanning is an actress who began her career in 2001 when she was just 12 years old. Although she has had television roles, she is best known for her roles in films. The films for which she is most famous are the 2014 film ‘Maleficent’ and its 2019 sequel ‘Maleficent: Mistress of Evil.’ Although she is only in her 20s, Elle Fanning has already achieved career and financial success. Elle Fanning’s net worth is reportedly $6 million, and here is how she has accrued her wealth.

Fanning was born in Conyers, Georgia, on April 9, 1998. Although her parents are not in the entertainment industry, her sister is Dakota Fanning, an actress known for her roles in ‘I Am Sam,’ ‘The Cat in the Hat,’ ‘War of the Worlds,’ ‘Uptown Girls,’ ‘Man of Fire,’ ‘Charlotte’s Web,’ ‘Dreamer,’ ‘The Alienist,’ and ‘Once Upon a Time in Hollywood.’

Fanning began appearing in films at the age of just two. Her first film roles were in the films ‘Taken’ and ‘I Am Sam.’ In both films, she played the younger sister of her real-life sister, Dakota. Elle Fanning first had a role in a film without her sister in ‘Daddy day Care.’ The actress’s talents became evident when she was cast in a lead role in ‘The Door in the Floor.’ The heavy filming schedule meant that producers planned to hire identical twins for the role, but Fanning’s talents led to her being the sole actress cast in the role of Ruth.

She appeared in many more films in the first half of the 2000s. These included ‘Because of Winn-Dixie,’ ‘I Want Someone to Eat Cheese With,’ ‘Charlotte’s Web,’ and ‘Babel.’ She continued to appear in films as a child actress throughout the second half of the 2000s, and her films included ‘The Nines’ and ‘Déjà vu.’ She also appeared on television during this period. By the mid-2000s, Elle Fanning was becoming an in-demand actress, and studios were booking her for lead roles. Between 2006 and 2009, she had roles in ‘Reservation Road,’ ‘Phoebe in Wonderland,’ and ‘The Nutcracker in 3D. She also landed a role in ‘My Sister’s Keeper,’ along with her sister. However, both actresses were replaced at the beginning of filming. In 2010, Elle Fanning was in the film ‘Somewhere.’ A year later, Fanning had roles in ‘Twixt,’ ‘’We Bought a Zoo,’ and ‘Super 8.’ The following year, she played one of the titular roles in ‘Ginger & Rosa’ and received critical acclaim for her performance.

Her Career from 2014 Onwards

Elle Fanning achieved international fame when she starred opposite Angelina Jolie in the 2014 Walt Disney film ‘Maleficent’ . In the fantasy film, Fanning plays the role of Princess Aurora, while Jolie plays the role of Maleficent. In the same year, Fanning was in the movie ‘Young Ones.’ A year later, the actress’s success continued when she played Nikola in ‘Trumbo.’ In 2016, she was in the thriller ‘The Neon Demon,’ the movie ‘20th Century Woman,’ and the prohibition-era drama ‘Live by Night.’ Another year that enhanced Fanning’s career was 2017, as she appeared in three films. These were the drama ‘The Vanishing Sidney Hall,’ the science-fiction romantic-comedy movie ‘How to Talk to Girls at Parties,’ and the romance film ‘Mary Shelley.’ Furthermore, she also appeared in the music video for Grouplove’s ‘Good Morning in the Same Year.’

Her next film was ‘I Think We’re Alone Now,’ in which she starred alongside actor Peter Dinklage. Later that year, she filmed ‘Teen Spirit,’ although the film was not released until April 2019. Fanning then starred in ‘A Rainy Day in New York,’ before reprising her role as Princess Aurora in ‘Maleficent: Mistress of Evil.’ By now, Elle Fanning’s career had reached astronomical heights, and she was taken seriously as an adult actress rather than a child star. In 2020, she starred opposite Justice Smith in ‘All Bright Places,’ then opposite Salma Hayek and Javier Bardem in ‘The Roads Not Taken.’ Also, in 2020, Fanning starred in the historical comedy series ‘The Great,’ playing the role of Catherine the Great. She also executive produced the series. She was nominated for a Golden Globe for her performance.

Elle Fanning already has several projects lined up for the coming year. Her next movie is the drama film ‘The Nightingale.’ The film is based on a novel of the same name. Fanning’s sister, Dakota, is also starring in the film. December 23, 2022, is the planned release date for the film. The actress also has a role lined up in a series, as she is set to star in a Hulu miniseries. The series is called ‘The Girl from Plainville,’ and the storyline is based on the death of Conrad Roy, a man who committed suicide in his teens. His story attracted attention because a woman was accused of sending text messages that encouraged him to end his life. In addition to her on-screen work, Elle and Dakota Fanning have started Lewellen Pictures, and they have a deal with MRC. Therefore, it is likely that she will become in various other projects over the next few years.

Although she is still young, Fanning has already achieved a phenomenal level of success in her career, and this has made her a wealthy woman. According to The List, Elle Fanning’s Net Worth is $6 million. She has made her money from her career in the film industry. Due to her young age, she has the potential to significantly increase her earnings and net worth if her career continues along its current trajectory.

Elle Fanning dated Henry Frye from October 2017 to early 2020. She then began a relationship with Max Minghella, who is 11 years her senior. The actress currently remains living in her hometown of Conyers, Georgia.