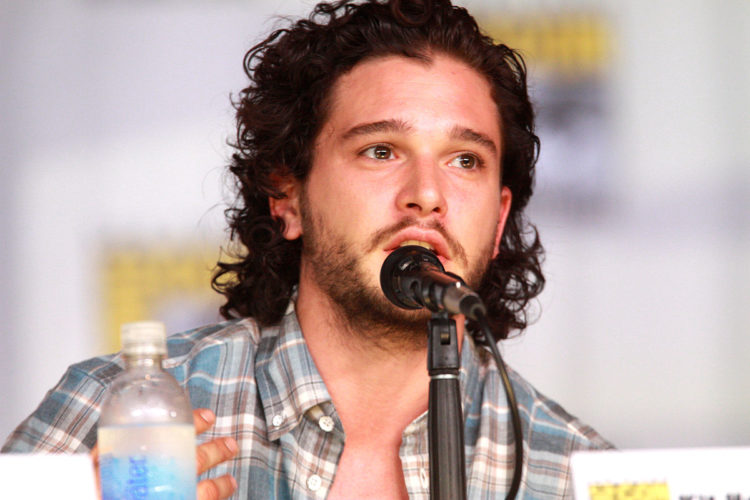 Kit Harington is a British actor that is best known for his role as Jon Snow in Game Of Thrones. He has an estimated net worth of $12 million and it is primarily his acting work that has provided him with this fortune. A more detailed look at how he has reached this net worth can be found below. Game Of Thrones was the first TV show that Harington starred in. Before this he had only done theater work. He attended the Royal Central School of Speech & Drama and was still studying at the school when he won the part of Albert in War Horse at the National Theatre in London’s West End. This was the first acting job he had that he was paid for and his career took off from here.

When Game Of Thrones first began, none of the actors could have expected that it would become as popular as it did. The show ran for eight seasons in total and Jon Snow was an important character in all of these seasons. When his character was killed at the end of season five many fans refused to believe that he was actually dead. This theory turned out to be correct when the Red Woman was able to bring him back to life. He starred in 62 of the 73 episodes, with only Peter Dinklage starring in more episodes than he did.

The exact amount of money that the cast members were paid for Game Of Thrones has never been publicly revealed. However, it can be assumed that by the end of the series, Harington would have been one of the best paid actors on the show. It is also likely that his pay would have increased each season as his character became more integral to the story. It would be a fair assumption that the majority of his net worth would have come from the money he earned working on Game Of Thrones. Celebrity Net Worth estimate that he would have been paid more than $1.1 million per episode for the final season of Game Of Thrones.

He has also starred in a number of movies and all of these have been moderately successful. These were all filmed while he was still involved in Game Of Thrones. The most popular of these films were Pompeii and Spooks: The Greater Good. It is likely that Harington would have been paid well for both of these movies as he was an established actor on Game Of Thrones by this point and so he would have been in demand as an actor. Film work may be something that he gets more involved with in the future now that he has more time in his schedule.

The first TV show that he did away from Game Of Thrones was the BBC Drama Gunpowder. He became interested in the role because it gave him the chance to play one of his ancestors. He is a direct descendant of his character Robert Catesby through his mother’s side of the family. He explained this connection to BBC Newsbeat. A descendant on his father’s side was in the Houses of Parliament at the time it was due to be blown up. The budget for this show was fairly big and Harington was one of the biggest stars to feature, along with Liv Tyler.

Another area that he has started to get involved in is voice work. He has voiced the dragon trapper Eret in two of the How To Train Your Dragon films. He also provided a voice in another dragon themed show, an adaptation of the Julia Donaldson book Zog. The part of Sir Galahad was voiced by Harington. This is an area that he may look to expand on in the future and this could provide another source of income for him.

Away from acting he has also worked as the face of several leading brands. These include Jimmy Choo menswear and Dolce & Gabbana fragrances. This would have been a lucrative job for him as he would have been well paid but the work is not that labor intensive.

He has not been involved in any projects lately as he checked himself into a private clinic where he was treated for stress and exhaustion. He has admitted that he felt very lost when Game Of Thrones ended as it had been such a big part of his life for so long. He had a break in his schedule and it seemed to be the right time for him to take some time to look after himself. Heavy reports that this was the right decision for him and he is now doing much better.

Game Of Thrones was such an intensive project for all the cast that none of them had much chance to work elsewhere. While there were actors such as Iain Glen and Lena Headey that already had successful careers before the show, there were many like Harington for which this was their first role and they were really thrown in at the deep end. These actors will now have the chance to go and try their hand at other things and this may see them taking on a range of new projects.

There has been confirmation that Harington will star in Marvel’s The Eternals where he will be reunited with Richard Madden who played Robb Stark in Game Of Thrones. The movie will also star Angelina Jolie and Salma Hayek. It is not yet known what his role will be, but there is speculation that he will be the villain as he is not thought to be one of the Eternals. Now that the Avengers films have come to an end, Marvel will be looking for a series of films that could replace it and there is a chance that this could be The Eternals. This means that there is the potential for Harington’s net worth to increase considerably if he is involved in several films in the series.