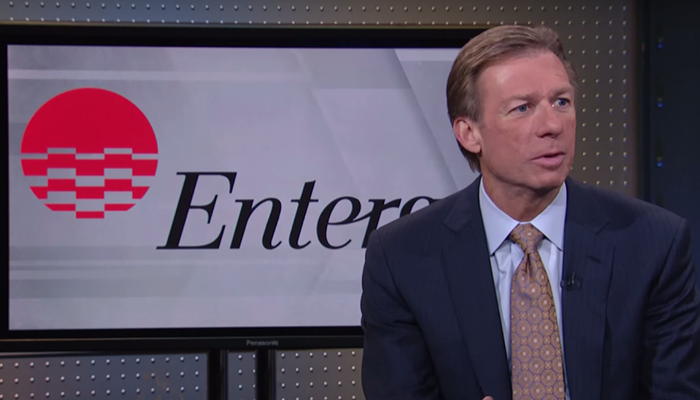 In 2013, Leo Denault hit the headlines when he assumed the role of Chairman and Chief Executive of Entergy Corporation, an integrated energy company that manages multiple regulated and merchant power plants. Denault’s career has seen many highlights, including holding back a hostile takeover bid, winning recognition as a top ranking CFO, and furthering Entergy’s commitment to the environment. To find out more about one of America’s top businessmen, read on to discover 10 things you didn’t know about Leo Denault.

Since Denault took on his leadership role at Entergy Corporation, he has worked to transform the company from a simple utility and merchant power company to a pure-play utility that harness’ the power of modern technology to delver an improved customer experience. Under his leadership, the company has also been acknowledged as the key player in driving industrial expansion along the Gulf coast.

Denault joined Entergy Corporation in 1999. His first job was as Vice President of Corporate Development, a role that allowed him to advice and influence investment and divestment decisions. Denault remained in the position until 2004, when he assumed the title of Executive Vice President and Chief Financial Officer.

In 2012, Denault was named to Institutional Investor’s 2010 All-America Executive Team, and ranked Chief Financial Officer for 2 consecutive years. To add to this, he also managed to pole in the top five CFO’s in the industry between 2006 and 2010.

4. His interests in the industry extend beyond Entergy Corporation

Outside of his busy work schedule, Denault finds time to serve on the board of directors for the Edison Electric Institute, the Institute of Nuclear Power Operators, Jobs for American Graduates and the Atlanta Center Regional Governing Board of the World Association of Nuclear Operators. To top it off, he also serves on the membership board of the National Petroleum Council.

5. He majored in Economics

Unsurprisingly for a CFO, Denault has an educational background in economics. Denault achieved a Bachelor of Science degree in economics and accounting at Ball State University, in Muncie, Indiana, and an MBA from Indiana University.

When asked whether Trump’s decision to pull the United States from the Paris Agreement would interfere with Entergy Corporation’s environmental commitments, Denault’s answer was a resolute “No”. Denault, who is a known advocate of cutting emissions, told “Mad Money” host, Jim Cramer, that his company would continue the sustainable course by moving towards renewable energy sources, regardless of Trump’s actions.

7. He has a customer- centric approach

Under Denault’s leadership, Entergy Corporation has managed to modernize and strengthen the dependability of its fleet of power plants, without hiking the cost to the consumer. Indeed, Entergy Corporation’s customer rates are among the very lowest in the country.

Denault may work hard, but he’s remunerated well for his efforts. His estimated net-worth (as of December 2018) is at least $29.5 Million dollars. Denault owns over 45,000 units of Entergy stock worth over $16,356,949. In addition, he makes $13,158,200 in compensation for his position as Chairman of the Board and Chief Executive Officer at Entergy.

9. He played a key role in PSI Energy’s defense of a hostile takeover attempt

In 1993, Denault played a lead role in PSI Energy’s defense of a hostile takeover attempt during its merger with Cincinnati Gas and Electric. The month-long battle to control Indiana’s largest electric utility ended when IPALCO Enterprises Inc. failed to secure the proxy votes it needed to elect candidates to the PSI board. The failure led to IPALCO withdrawing its $1.7 billion bid for PSI Resources Inc., clearing the way for PSI to forge ahead with the planned friendly merger with Cincinnati Gas and Electric.

10. He’s risked the wrath of the Justice department

In 2014, the Justice department filed a lawsuit against Entergy for alleged violations of Federal law. According to the lawsuit, Entergy had refused to supply documentation and cooperate with auditing attempts. As a result, the OFCCP was unable to determine whether Entergy was in compliance with its affirmative action obligations. Denault counter filed, but Entergy’s claim regarding excessive audits was ultimately dismissed.